The team at Fox/DreamWorks are hoping that being the first studio to send out their DVD screeners to Academy members will get them a head start in the wide-open Oscar race this year. The studio is the first to send out the screeners of the spring hit The Croods to voters, ahead of the competition. Commercially-produced DVDs of the movie have also been sent to members of the Broadcast Film Critics Assoc. The mailings went out on Oct. 2 and arrived at the end of last week, says The Hollywood Reporter.

Directed by Chris Sanders and Kirk DeMicco, The Croods was released on March 22 and went on to collect $585 million at the global box office, becoming one of the top 10 movies of the year at the box office. DreamWorks is also developing a TV series and a feature sequel based on the well-reviewed comedy about the amazing adventures of a prehistoric family. The title was also released on DVD and Blu-ray this past Tuesday. The early mailing may give the film an advantage over of its main competition, Disney’s Frozen, Pixar’s Monsters University, GKIDS’ Ernest & Celestine, Touchstone’s The Wind Rises, Fox/Blue Sky’s Epic and Universal/Illumination’s Despicable Me 2. 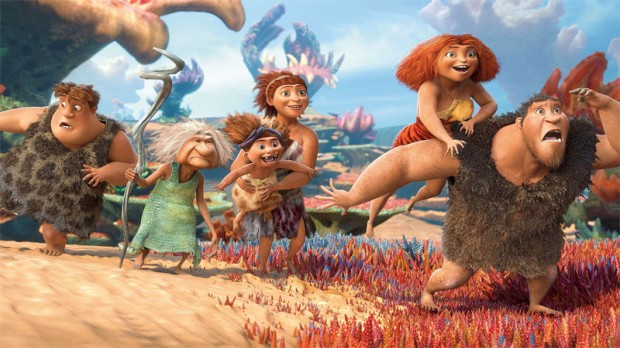