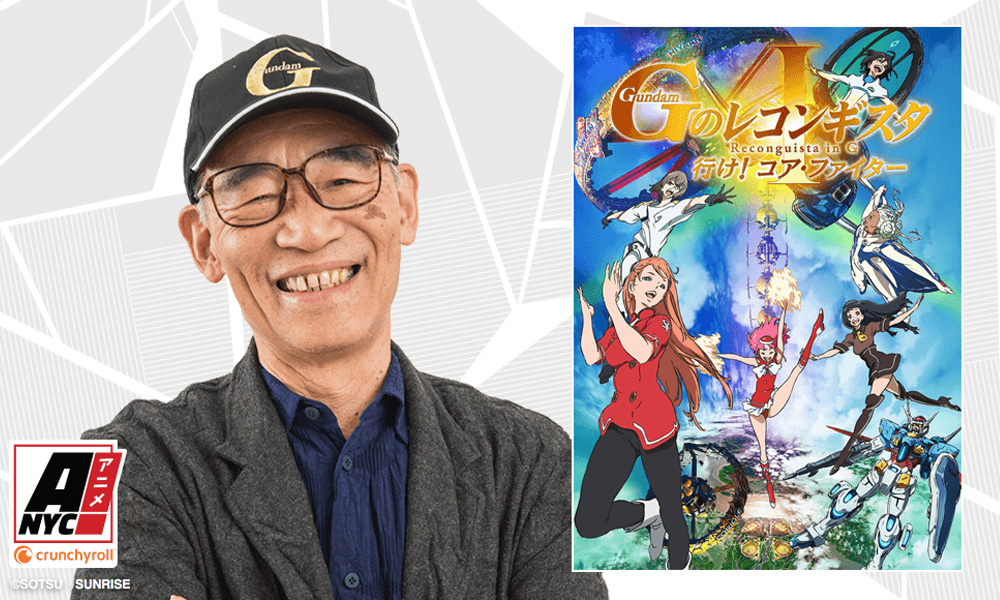 Anime NYC, backed by Crunchyroll and SUNRISE, will welcome Mobile Suit Gundam creator and director Yoshiyuki Tomino to the 2019 event as an Official Guest. This will be Tomino’s only U.S. appearance to commemorate the 40th Anniversary of one of Japan’s most long-running and influential anime franchises.

New York’s largest anime, manga, and Japanese pop culture convention, Anime NYC expects over 40,000 attendees when it returns to the Javits Center for its third year on November 15-17. Other special guests set for 2019 are major names from across the anime world including Riichiro Inagaki and Boich, creators of hit manga series Dr. STONE, and Lantis Matsuri 2019 at Anime NYC — a mega concert with Japanese musicians JAM Project, TRUE, ZAQ and the Guilty Kiss idols from Love Live! Sunshine!!’s Aqours.

The original Mobile Suit Gundam television series debuted on April 7, 1979 and told a unique story about the horrors of war and towering humanoid weapons called “Mobile Suits”. The success of Mobile Suit Gundam would go on to inspire over 20 TV series, 10 movies and a toy line centered around “Gunpla” model kits. Over 500 million Gunpla models have been sold around the world, and Gundam is one of the top 15 highest-grossing media franchises on the planet. A live-action Gundam film is currently in development at Legendary Entertainment.

Tomino will appear at Anime NYC for panel discussions, autograph sessions and special events. He will be part of large Gundam 40th Anniversary festivities at Anime NYC, which include the U.S. final of the 2019 Gunpla Builders World Cup, an annual international competition featuring Gunpla model builders from across the planet. The U.S. Gunpla Builders World Cup winner will go on to compete in Tokyo against model makers from Japan, Australia, Italy, France, China, South Korea, Taiwan, Hong Kong, Vietnam, Thailand, Singapore, Malaysia, Indonesia, and the Philippines.

“We couldn’t be more proud to welcome Yoshiyuki Tomino to New York City,” said Peter Tatara, Anime NYC’s Event Director. “Mr. Tomino created a story beloved by fans across Japan and all over the world, and we’re honored to celebrate the 40th Anniversary of the Gundam saga together with him!”