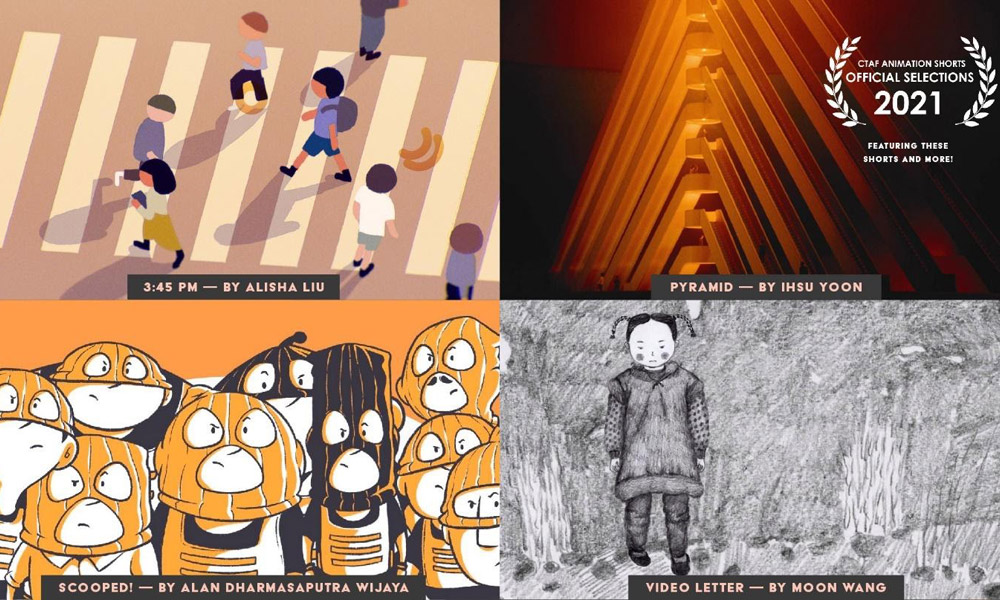 “Flushing Town Hall is excited to continue promoting works by young and emerging Asian-heritage artists with the return of Crazy Talented Asians & Friends. Asian/Asian-American artists and their stories need to be heard and cherished, especially in these times,” says Ellen Kodadek, Flushing Town Hall’s Executive & Artistic Director. “We have been a strong advocate of arts equity since 1979, supporting local, immigrant, national, and international artists. We develop partnerships and collaborations to bring people together by presenting arts and culture from around the world. Highlighting Asian/Asian-American perspectives and talents is an important part of our mission.”

The event premiered in 2020 with great success in viewership and brought a community together through beautifully animated stories, all despite COVID’s challenges. This year’s selected animation shorts, representing the top 4% of the several hundreds of submissions, were chosen by a panel of seasoned film professionals for their extraordinary storytelling, art direction, animation, production and sound design. In addition to their creative visuals and soundtracks, these films present a range of stories and experiences as diverse as the APA (Asian/Pacific American) community itself.

These include (among others):

This year’s jury is led by Ms. Hsiang Chin Moe, an artist and educator with experience in higher education, production, technology and management. In addition to being the BFA Animation Chair at the School of Visual Arts in New York City, she also serves on the board of Women in Animation as the Chair for Education Program where her direct focus is to provide the support and resources for students as well as educators to reach the goal of gender equity 50/50 by 2025.

“It is my extreme honor to celebrate APA Heritage Month with an amazing selection of animated films. Special thanks to all the filmmakers for sharing their stories with our audience and inviting us on a journey of imagination. Their talent is a true representation of how unique and creative Asian-American filmmakers are, and the celebration is expanded to all the Asian creators in the world,” says Hsiang Chin Moe, Lead Advisor.

“Flushing Town Hall is proud to continue amplifying Asian/Asian American voices by providing a platform for young and talented animators to showcase their works and fostering creative dialogues about storytelling with animation form,” says Ya Yun Teng, Flushing Town Hall’s Chinese Projects Director. “It was especially heartwarming to see how the event brought people of different backgrounds together during this unprecedented global pandemic.”

The program on May 29 will only screen some of the selected films, due to limited time. This year’s Selected Animation Shorts are:

Crazy Talented Asians & Friends is a community-led program series dedicated to works by Asian/Asian Americans — to showcase the diverse creativity and impact this community has to offer, while bringing together families, friends and audiences from different backgrounds to celebrate their stories.