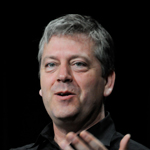 If you were a kid in the ’90s, then chances are Craig Bartlett’s hugely popular Nickelodeon series Hey Arnold! played an important part in your childhood. The talented animator and show creator delivered a poignant, inspiring keynote speech on Friday, the final day of TAC (The Animation Conference) portion of the Ottawa Animation Festival in Canada.

Sharing clips from his stop-motion Penny Cartoons from Pee-Wee’s Playhouse as well as the seminal “Helga’s Parrot” episode from the Hey Arnold! series, the prolific Portland native talked about some of the highlights of his career at a packed session held at the Museum of Nature in Ottawa.

Bartlett talked about his early days working at the Will Vinton studio in Portland and then creating the charming stop-motion Penny Cartoon shorts for Pee-Wee’s Playhouse. He then decided to create a show based on his own experiences growing up as a boy. “I wanted to make a show about a boy who was about five and was a chronic daydreamer. He wasn’t paying attention when he was at school or at church or during any of the grown-up activities. He just has a really vivid imagination and is a really calm guy,” said Bartlett. “What I loved about the Penny cartoons was that we used a real child to do the voice and I wanted to do the same thing with Arnold.”

After landing a job as story editor on Rugrats, Bartlett pitched his idea for Hey Arnold! to then Nick exec Mary Harrington, who liked his stop-motion version of the character as well as the comic-books he had done for The Simpsons Illustrated magazine.

“What was really cool about the show was that there were about 50 of us, all these great artists working together and focusing on the look of the series,” recalled Bartlett. “We wanted you to really believe in the world in which Arnold lives, this city, this boarding house under a freeway pass. We really worked on creating the watercolor look, the romantic lighting…Everything happened during the magic hour at night.”

What made the series work, Bartlett added, was that Arnold was the calm center around which everything happened. His friends kept him centered and his grandparents, who were kind of eccentric and hilarious, were both lucid and good parents when they needed to help him. Bartlett also praised the work of actress Francesca Smith who voiced the breakout character of Helga, the larger-than-life bully who had a secret crush on Arnold. “Franny was a genius,” said Bartlett, describing the contributions of the voice actress who was only nine when she was hired on the show. “She steered the entire direction of the series. She conveyed both the fury and the passion and she was so funny. She became Helga and Helga became her. The whole show worked because it was a great collaboration between me and these great kid actors.”

When asked about the distinctive character design of Arnold and the show’s other characters, Bartlett explained that the main character’s interesting football-shaped head was a direct result of the Claymation origins of the show. He also mentioned a piece of advice he had received from his brother-in-law, Simpsons creator, Matt Groening. “Matt told me that you should create characters that can be recognized even when they’re in silhouette or a really small against a large backdrop,” he said. “I’m a big fan of those Charlie Brown specials, and I thought the Charlie Brown Christmas was one of the most amazing things I had seen, because it was one of the first kids’ shows that dared to say that it’s Christmas and I’m depressed! It used that beautiful melancholy music, and we tried to come up with a ’90s version of that music.”

Looking back at some of the more realistic storylines of the show, which ran from October 1996 thru June 2004 on Nick, Bartlett said it was always a give and take between what the show’s writers could and couldn’t do. “We had these great kid actors who gave such emotionally authentic performances,” he said. “It inspired us to be real and go ahead and do stories about times where childhood is f***ed up and sad. Arnold remains optimistic and he hopes for the best. There are happy endings, but there’s an undercurrent at the end, there’s this sadness that it’s going to be status quo after that ending. I was given a lot of rope and I really appreciate it.”

Bartlett also pointed out that it’s been hugely satisfying to have children who grew up with Hey Arnold! now communicate with him about how his creation really touched or inspired them. Discussing a powerful episode in which Helga tells the school psychiatrist about the source of her anger and hostility, he said, “There’s nothing more gratifying in this line of work than to create a character that seems super real. Helga seems more real to me than my neighbors sometimes. I wish she was around so I could hang out with her! Children find a way to relate these characters, and once they’re in, you can go to some heavy places. TV is an incredibly powerful pulpit.”

After working several years on his hugely successful PBS series Dinosaur Train, Barlett is also preparing a new show for Nickelodeon called Sky Rat. “It’s about a rat with amnesia who is rescued by friendly pigeons, and who dreams of flying himself,” said the animation veteran. “It takes place in a recognizable city—some old parts of Seattle, Portland and Brooklyn. I had a pet rat when I was a kid, so that’s what inspired the show. I’d like to take everything that worked well in Hey Arnold! and apply it to Sky Rat.”

Here is a Penny Cartoon:

“Helga on the Couch” episode of Hey Arnold: 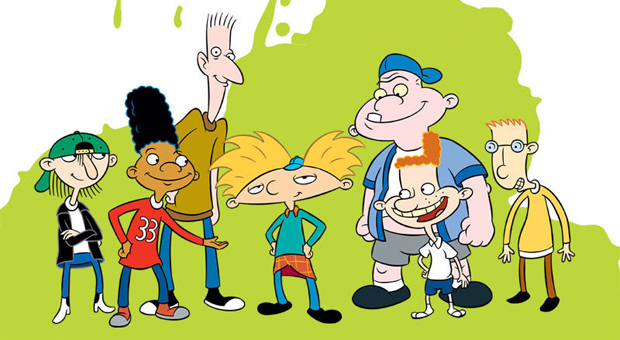 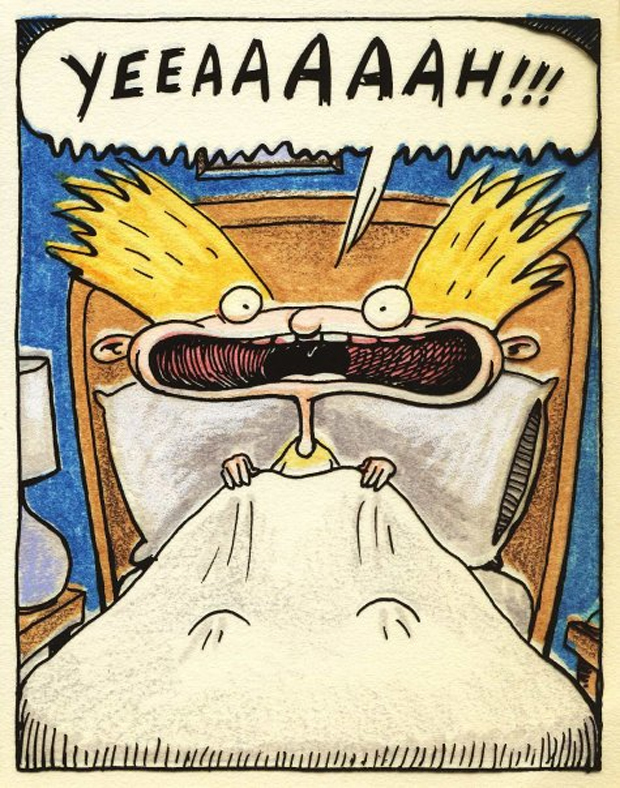 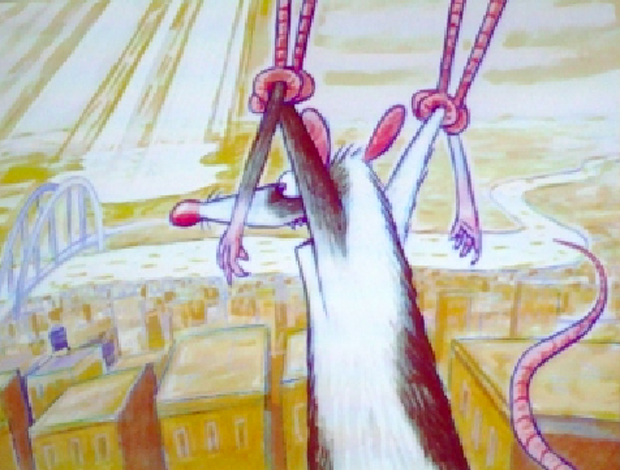