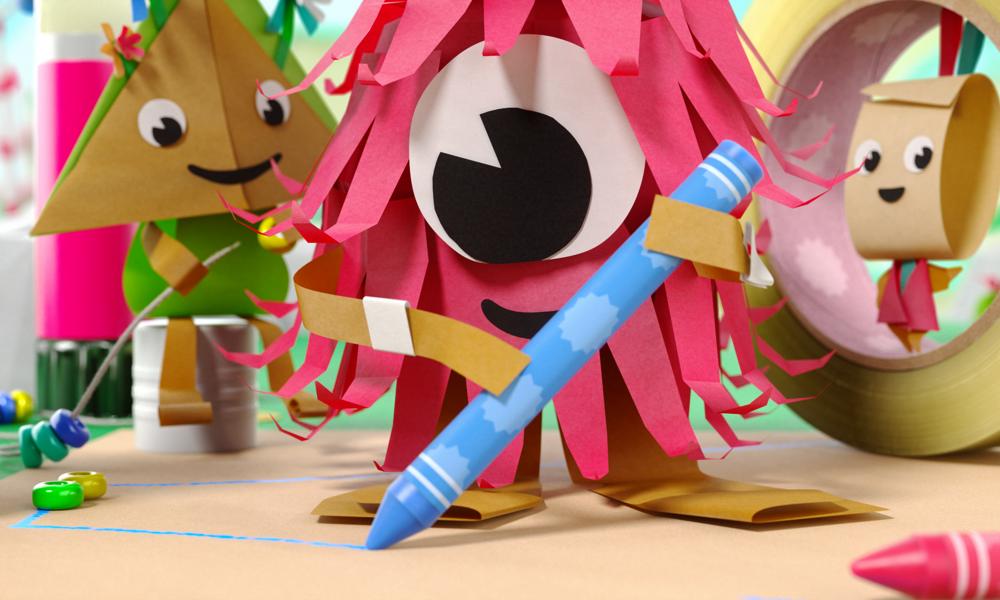 Pop Paper City (52 x 11’) has won MIPTV’s 2020 Kids Series Pitch. The competition presents the most promising projects from creators and producers of animation and live-action series around the globe, showcasing new projects to meet kids’ growing appetite for innovative content. Produced by LoveLove films and distributed by Aardman, Pop Paper City was one of only five projects to be selected for the pitch out of hundreds of applications, and was the only series to have been produced in the U.K.

Pop Paper City follows a group of unique paper characters as they get crafty and create adventures together in a captivating paper world. In each 11-minute episode, the characters find new ways to have fun together by creating new parts of their already impressive world. The craft montages in the show – which mix live-action with 3D animation – inspire children to make their own paper creations, encouraging “doing as well as viewing.”

Following the outbreak of COVID-19, many of MIPTV’s sessions were held virtually. This included the Kids Series Pitch, for which finalists had to submit an online pitch presentation for their projects. An esteemed panel of Jury Members from across the children’s TV landscape charged with assessing the pitches included the Senior Acquisitions Manager (Kids EMEA) for Warner Media, Zia Bales; the VP Animation for Nickelodeon International, Chris Rose; and Acquisitions Executive of YLE, Vicky Schroderus.

Pop Paper City’s success in Kids Series Pitch follows a noteworthy development journey for the show. In 2019, Pop Paper City received development funding from the BFI’s Young Audiences Content Fund — which supports the creation of distinctive, high-quality content for audiences up to the age of 18. Using the development money, the LoveLove Films team developed a brand new teaser trailer for the show, along with various other development materials. Alongside LoveLove MD/series producer Georgina Hurcombe, the Aardman distribution team presented the new Pop Paper City teaser at MIPJunior 2019, where the project became the fourth most-viewed project in the screening library.

“We are absolutely delighted that Pop Paper City has won the Kids Series Pitch. The Pitch is such a great way for upcoming producers to get their content out there, and it’s a wonderful showcase of all the innovative kids’ content in development right now,” commented Hurcombe. “The whole team have worked so hard to develop Pop Paper City, and it’s really fantastic to get this prestigious industry recognition from MIPTV. We are thrilled to be the winning pitch.”