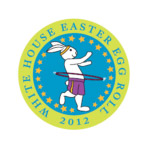 Animated characters will help the first family and the nation celebrate Easter this year, with costumed characters ranging from Babar, the Cat in the Hat and the Smurfs to Spider-Man, Charlie Brown, Jake and Finn, and Alvin and the Chipmunks slated to appear Monday at the 134th annual White House Easter Egg Roll.

More than 30,000 people are expected to visit the South Lawn for games, stories, and, of course, the traditional egg roll. The event this year is promoting health and wellness with a theme of “Let’s Go, Let’s Play, Let’s Move!” All of the activities, including sports courts, dancing and cooking encourage children to lead healthy and active lives, which is a central part of first lady Michelle Obama’s Let’s Move! initiative, a national campaign to combat childhood obesity.

Costumed characters set to appear include:

The event will be streamed live all day Monday on WhiteHouse.gov/live, on Twitter using the hashtag #EasterEggRoll, and on the Let’s Move! pages on Twitter and Facebook.