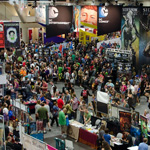 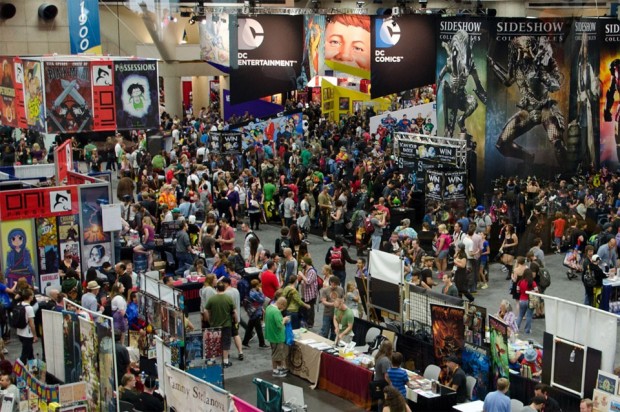 Women show their growing strength in every role on the biggest stage in fandom, a.k.a. Comic-Con International

Girl power has been on the rise for many years now in the multitude of genres and media celebrated each year at Comic-Con International, and it’s never been more clear than at this year’s confab, set for July 21-24 at the San Diego Convention Center and its immediate environs.

The grand dame of this year’s event is clearly Wonder Woman, who is celebrating 75 years since her debut in the pages of Sensation Comics #8, released in late 1941. Created by William Moulton Marston to be a female answer to the then-new sensation of superheroes exemplified by Superman and Batman, Wonder Woman has been published continually ever since and become one of the most recognizable characters in existence.

There were a lot of quirks in Wonder Woman’s past, to be sure. Unlike the mostly young men who created most comics, Marston had a doctorate in psychology and is credited with creating the systolic blood pressure test that became an important component of the modern polygraph, or lie detector. Marston saw great educational potential in comics and was approached to consult with two of the publishing companies that would later merge into DC Comics. He proposed creating a superhero that would triumph with love rather than fisticuffs, and then made her a liberated modern woman.

The character has been iconic ever since, most notably in the hit 1970s TV series starring Lynda Carter and in animation as a key member of the Super Friends through many series, the Justice League and her own 2006 animated movie. Wonder Woman also made her big screen debut earlier this year in Batman v. Superman: Dawn of Justice, played by Gal Gadot, who will reprise the role for a solo Wonder Woman movie due in theaters June 2, 2017.

To celebrate the character’s ongoing popularity, Wonder Woman is featured on the cover of this year’s Comic-Con Souvenir book and T-shirt in an illustration by rising star comic book artist Babs Tarr.