First, let’s get the big guns out of the way. In case you haven’t seen them, here’s the Star Wars: The Force Awakens reel; the trailer to Batman v. Superman: Dawn of Justice, featuring the first look at Gal Gadot in action as Wonder Woman; and the trailer to Suicide Squad. 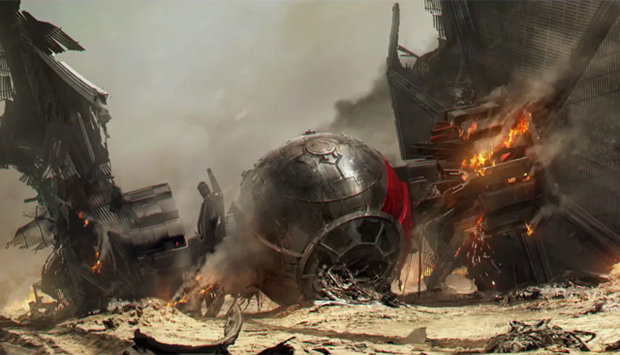 The folks at Stoopid Buddies Stoodios were especially busy this con, debuting a trailer for its new fall series SuperMansion and introducing a voice cast that includes Bryan Cranston, Seth Green and Jillian Bell. Cranston also is executive producer on the seris, which debuts this fall on Crackle.

Stoopid Buddies also debuted at the Adult Swim on the Green exhibit its the three-part epic The Colonel Chronicles, which brings together KFC’s iconic Colonel Sanders and Robot Chicken. Directed by Tom Sheppard, the first of three custom spots stars the colonel and the Robot Chicken in an epic space adventure that will play out over the next four months. Check out the spot at www.adultswim.com/kfc

DC is expanding its TV universe — anchored by the live-action series Arrow, Flash and the upcoming Legends of Tomorrow — into animation with Vixen, for which a first look was shown at the convention.

Alan Moore and Brian Bolland’s classic Batman comic The Killing Joke will be adapted into a DC Universe animated feature executive produced by Bruce Timm. The feature will be one of three DC Universe animated features out in 2016, the others being: an original story called Batman: Bad Blood that introduces Batwoman; and Justice League vs. Titans, also an original tale.