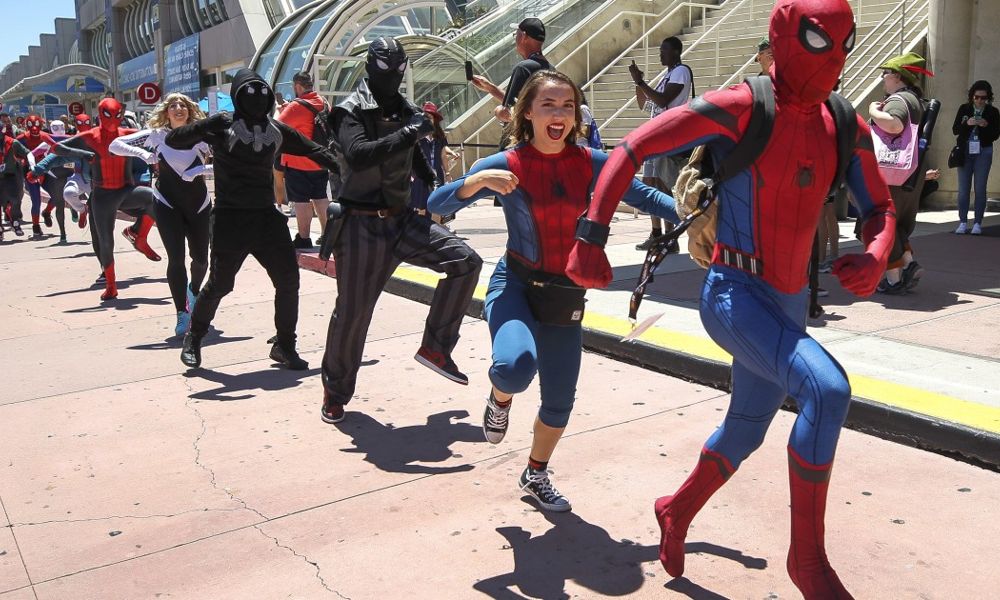 Following confirmation earlier this month that its usual summer mega-gathering was once again off the table, San Diego Comic Convention today announced dates for their November convention. Comic-Con Special Edition will be held as a three-day event over Thanksgiving weekend — Friday, Saturday and Sunday, November 26-28 — at the San Diego Convention Center. Organizers hope that by Fall conditions will permit larger public gatherings.

Dubbed Comic-Con Special Edition, the event will be the first in-person convention produced by the organization since Comic-Con 2019, and the first since the onset of the global pandemic COVID-19. Organizers say the event will highlight all the great elements that make San Diego Comic-Con such a popular event each year, as well as generate much needed revenue not only for the organization but also for local businesses and the community.

“While we have been able to pivot from in-person gatherings to limited online events, the loss of revenue has had an acute impact on the organization as it has with many small businesses, necessitating reduced work schedules and reduction in pay for employees, among other issues,” said David Glanzer, spokesperson for the nonprofit organization. “Hopefully this event will shore up our financial reserves and mark a slow return to larger in-person gatherings in 2022.”

As details are still being finalized, badge cost, attendance capacity and related information will be forthcoming.

As previously announced, the virtual Comic-Con@Home Beyond will take place July 23-25.