Nickelodeon gave fans a glimpse into the minds of the creators of iconic cartoons during the Happy Happy! Joy Joy!: 25 Years of Nickelodeon Original Animation Panel, moderated by Nick Animation Podcast host Hector Navarro. Panelists Craig Bartlett (Hey Arnold!), Butch Hartman (The Fairly OddParents, Bunsen Is a Beast!), Jhonen Vasquez (Invader Zim) and Arlene Klasky (Rugrats) gave the inside scoop on the Nicktoons legacy, and offered sneak peeks at the upcoming slate including first-look art from Hey Arnold!: The Jungle Movie (2017), an exclusive clip and art from Bunsen Is a Beast! (2017), and the world premiere of Don vs Raph — a TMNT animated short written and produced by Vasquez.

DreamWorks Animation and Netflix confirmed at the show that the critically-acclaimed original series Voltron Legendary Defender will return to streaming with a second season later this year. The announcement was made at a panel with EP Joaquim Dos Santos, co-EP Lauren Montgomery and writer Tim Hedrick, who were joined by surprise guest Steven Yeun (voice of Keith) to share behind-the-scenes stories, filmmaker favorites from season 1 and a sneak peek at season 2. DWA also announced that the 11-track season 1 soundtrack is now available on iTunes.

Wonder Woman is celebrating her 75th anniversary this year, and in honor of the original pop-culture icon of Girl Power, the U.S. Postal Service has partnered with Warner Bros. Consumer Products and DC Entertainment to create a set of commemorative Forever stamps. The panel of four designs, representing the evolution of the superhero, will be among other Wonder Woman items revealed Saturday at CCI. USPS is planning a day-of-issue dedication ceremony for Oct. 7 at New York Comic-Con.

Wonder Woman’s big 75th party has already kicked off with an Amazonian unveiling from Warner Bros. Consumer Products during Wednesday’s Preview Night. The event included a massive replica of Wonder Woman’s Invisible Jet, which fans were able to climb inside for a truly unique photo opp, and artistic tributes to the Amazon Princess created just for the event by artists Kathrine Brannock, Celeste Byers and Christina Angelina. 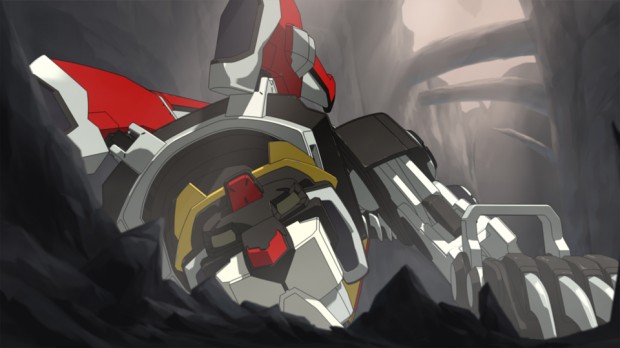