Nickelodeon gave fans at its Comic-Con 2015 panels a first-look at upcoming episodes of Sanjay and Craig, including a look at the July 25-premiering episode featuring guest voice Anthony Bourdain as Anthony Gourmand, a famous TV food dude. 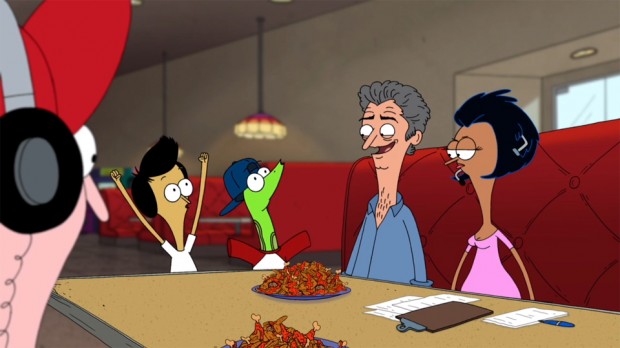 At a panel focused on the Teenage Mutant Ninja Turtles, it was announced that the series has been picked up for a 20-episode fifth season that will feature as guest voices David Tennant, Peter Stormare, Michael Dorn, Lance Hendriksen, Ron Perlman and Zelda Williams.