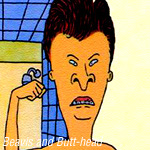 Mike Judge and his beloved dim-witted duo Beavis and Butt-head also made an appearance at Comic-Con on Friday to spread the word about the return of the animated series to MTV this summer. Appearing with Johnny Knoxville, Judge kindly answered questions about the inspiration behind the characters and shared a clip from the new series with the passionate fans of his show. 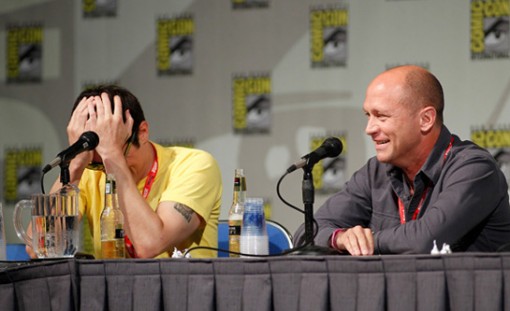 Johnny Knoxville and Mike Judge talk about the return of
Beavis and Butt-head at a panel Friday at Comic-Con.

Judge noted that many of the character from the original show are coming back, including the hippie and military teachers. Beavis and Butt-head will also be taking shots at MTV’s own hit show Jersey Shore, as well as reality nightmares such as Teen Mom and UFC fights. When asked about his animation heroes, Judge mentioned Tex Avery and Ren and Stimpy creator John Kricfalusi, and singled out Cheech and Chong and Jerry Lewis as his comedy idols.

Here’s a sneak peek of the new reboot of Beavis and Butt-head, which is slated to premiere on MTV later this summer.

What do you think, Animag readers? Does the new Beavis rock? Or does it suck?