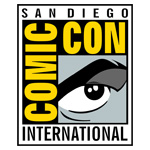 Comic-Con is in full swing, with the animation events robust enough to excite even the most casual of toon fans.

But, of course, with a show as big as Comic-Con, there’s no way to see or cover it all. Yesterday’s animation highlight was clearly the DreamWorks Animation panel, which brought the very popular Benedict Cumberbatch to the convention for the first time in support of Penguins of Madagascar. Moderated by Craig Ferguson, the panel also featured the incredible John Malkovich, Tom McGrath and directors Simon Smith and Eric Darnell. There also was an early look at Home, which is out next year from director Tim Johnson.

Another big highlight was a panel and screening of the pilot to Star Wars Rebels, for which the fans turned out in Force (of course!) and walked away quite excited by what they saw.

At a press event today, the cast and crew of the new series talked briefly about what fans are going to see. Executive producer Dave Filoni, who spent nine years as the creative force on Star Wars: The Clone Wars, says the new series has a more expressive and naturalistic look than Clone Wars.

Filoni says he drew on his love of anime and the movies of Hayao Miyazaki to get a more graphic, stylized design. The look of the show, which is set just prior to the original Star Wars movie trilogy, is heavily inspired by the original production paintings of Ralph McQuarrie, down to that addition of pencil lines on the color washes. He also says the production looked at more expressive uses of CG animation, citing in particular the work done on the Disney feature Tangled.

The series also has a more linear storytelling style, with lots of action in the Star Wars vein to propel it.

Friday will see lots of great TV panels, including Cartoon Network’s Adventure Time and Uncle Grandpa, Adult Swim’s The Venture Bros. and Mike Tyson Mysteries, as well as a look at a new CG-animated Rocky and Bullwinkle short from DreamWorks and Fox’s Bob’s Burgers. 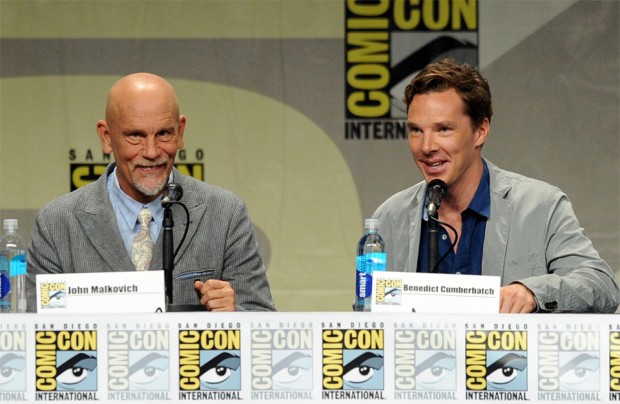 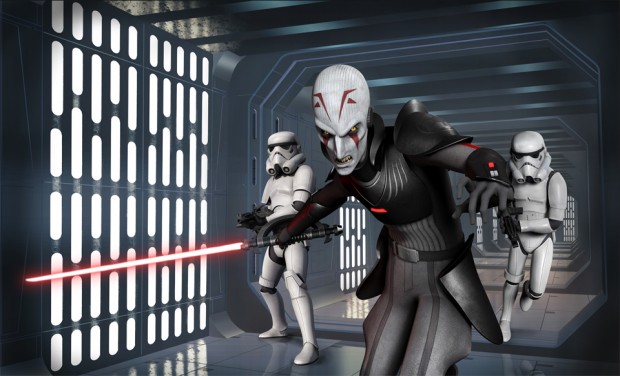