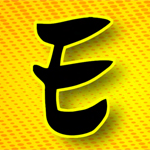 The Will Eisner Comic Book Industry Awards ended for the first time in a tie, with the Best Graphic Album-New award going to two books: Return of the Dapper Men, by Jim McCann and Janet Lee, and Wilson, by Dan Clowes of Ghost World fame.

The awards, presented to recognize the best work in the comic book field, were handed out Friday at the Bayfront Hotel in conjunction with Comic-Con International in San Diego.

Creators who received multiple awards were Hellboy creator Mike Mignola (Best Cover Artist, Best Single Issue for Hellboy: Double Feature of Evil, published by Dark Horse), famed French cartoonist Jacques Tardi (Best Reality-Based Work and Best U.S. Edition of International Material for It Was the War of the Trenches, published by Fantagraphics), and artist Skottie Young (Best Adaption from Another Work and Best Penciller/Inker for The Marvelous Land of Oz, published by Marvel).

Among the other awards given out over the evening were the Comic-Con’s Clampett and Manning awards. The Bob Clampett Humanitarian Award, presented by Bob’s daughter Ruth, went to Mutts cartoonist Patrick McDonnell, for his efforts for animal welfare. The Russ Manning Promising Newcomer Award went to Nate Simpson (writer/artist of Nonplayer, published by Image Comics) and was presented by past Manning recipient Chris Bailey.

Best Adaptation from Another Work