Cartoon Network debuted at Comic-Con its new series We Bare Bears, which premieres on the network July 27, with creator Daniel Chong presenting a behind-the-scenes look at the series and the new show open. 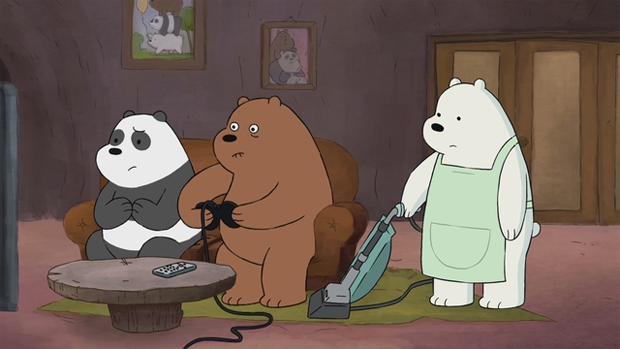 In other Cartoon Network news, the network showed new clips for Steven Universe and Adventure Time, which will get a stop-motion episode that will be written and directed by Kirsten Lepore and produced at Bix Pix Entertainment. Here’s the early look of that season seven episode, titled “Bad Jubies.”

And attendees at the net’s Regular Show/Uncle Grandpa panel got a first look at the trailer for Regular Show: The Movie.