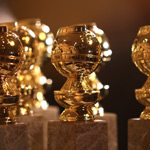 Pixar Animation Studios’ magical, music-filled ode to Mexican traditions Coco was announced as the winner of the Golden Globe for Best Motion Picture – Animated at Sunday night’s 75th annual awards ceremony in Los Angeles. The win marked the eighth such victory for the studio, and the 10th to go to the Disney family of studios since the category was introduced in 2006/7. In accepting the award, Lee Unkrich thanked “the incredible people of Mexico and their beautiful traditions of Día de Muertos.”

Directed by Unkrich (Toy Story 3, Finding Nemo), co-directed/written by Adrian Molina (The Good Dinosaur, Monsters University) and produced by Darla K. Anderson (Toy Story 3, Cars) Coco tells the story of a 12-year-old boy who undertakes an incredible journey to the land of the dead to uncover the truth about his family’s ban on playing music. The picture was up against DreamWorks’ popular family comedy The Boss Baby, Fox/Blue Sky’s Ferdinand and indie darlings The Breadwinner and Loving Vincent.

Fans of VFX artistry (and great filmmaking in general) were excited to watch Guillermo del Toro win Best Director – Motion Picture for his romantic take on B movie monsters The Shape of Water, beating out Steven Spielberg (The Post), Ridley Scott (All the Money in the World), Christopher Nolan (Dunkirk) and Martin McDonagh (Three Billboards Outside Ebbing, Missouri). The Best Motion Picture – Drama prize, for which Shape was also nominated, went to Three Billboards.

For the second year in a row, animation was passed over in the Original Song category despite filling out most of the nominee slots — “This Is Me” from The Greatest Showman won out over “Home” (Ferdinand), “Remember Me” (Coco) and “The Star” (The Star) as well “Mighty River” from live-action flick Mudbound. Alexandre Desplat took the Original Score prize for his work on The Shape of Water.

Appropriately, in a night which saw an (almost) entirely black-clad red carpet turnout to raise awareness for sexual harassment and abuse in the industry in line with the #MeToo and Time’s Up movements — and dress for the absolute burial of Harvey Weinstein and Kevin Spacey by host Seth Meyers — The Handmaid’s Tale won Best TV Series – Drama over The Crown, Game of Thrones, Stranger Things and This Is Us.

Cecil B. DeMille Award honoree Oprah Winfrey (starring in Ava DuVernay’s upcoming A Wrinkle in Time) earned enthusiastic applause for her address of these and other industry issues in her acceptance speech, telling men who abuse their positions of power in the industry that “their time is up.”

“It’s not lost on me that at this moment, there are little girls watching as I become the first black woman to receive this award,” Winfrey said. Her powerful speech closed with: “I want all the girls watching to know a new day is on the horizon. And when that new day finally dawns, it will be because of a lot of magnificent women, many of whom are right here in this room tonight, and some pretty phenomenal men, fighting hard to make sure they are the leaders to take us to the time where nobody has to say ‘me too’ again.”

The winning Coco crew were called upon to address the cloud of harassment claims hovering over Pixar during their turn with press backstage. Anderson commented that the studio has “been looking at a lot of things as safe as possible with as much integrity possible.” Unkrich added, “We can all be better. We have been taking steps and continue to move forward to create art.” 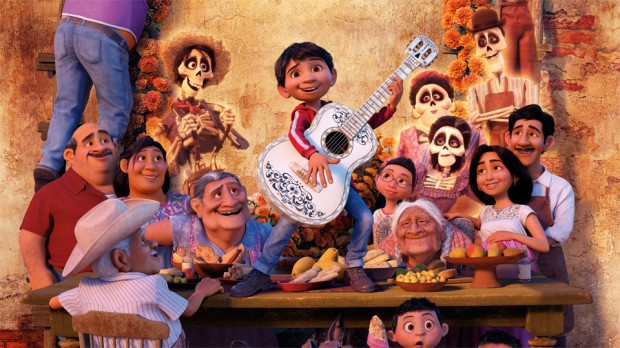