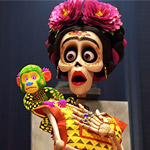 Disney-Pixar’s latest cinematic triumph Coco continues to rack up honors and nods of recognition from craft organizations across the motion picture industry. Over the weekend, the music-rich CG journey through Mexican culture picked up both the ACE Eddie Award and the Excellence in Production Design Award for animated feature.

Presented by the American Cinema Editors society, the 68th Annual ACE Eddie Awards were held Friday evening at the Beverly Hilton Hotel in Los Angeles. The Best Edited Animated Feature Film Award was given to Steve Bloom for his work on Coco. The other two nominees were Despicable Me 3 (Claire Dodgson) and The LEGO Batman Movie (David Burrows, ACE; Matt Villa; John Venzon, ACE). Lee Smith, ACE received the Eddie for Feature Film (Dramatic) for Dunkirk, while Tatiana S. Riegel, ACE won the Feature Film (Comedy) prize for I, Tonya.

Already this year, Coco has won a Golden Globe and Producers Guild Award (as did The Shape of Water), and made nomination lists for the BAFTA film awards, Humanitas Prize, and Golden Reel Awards. Producer Darla K. Anderson has been named this year’s recipient of the AIS Harold Lloyd Award. Coco is one of five Animated Feature Oscar nominees, and is the only toon represented in the Original Song category. 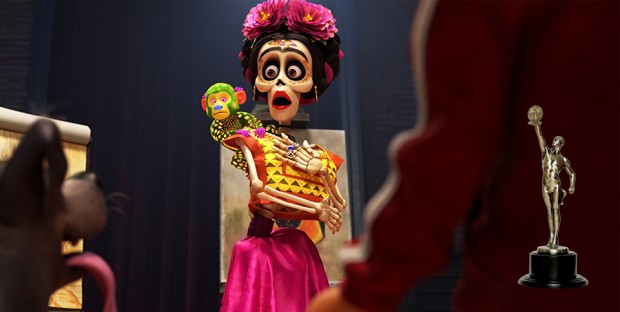