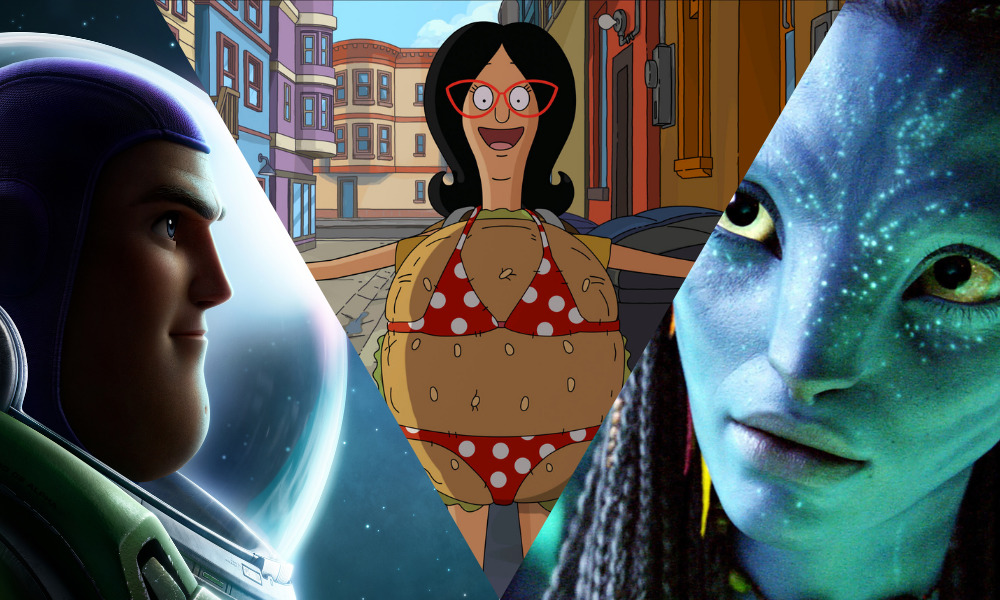 The preview included a look at three upcoming releases from 20th Century Studios, notably The Bob’s Burgers Movie and James Cameron’s first follow-up to his sci-fi action-adventure Avatar, the highest-grossing movie of all time. 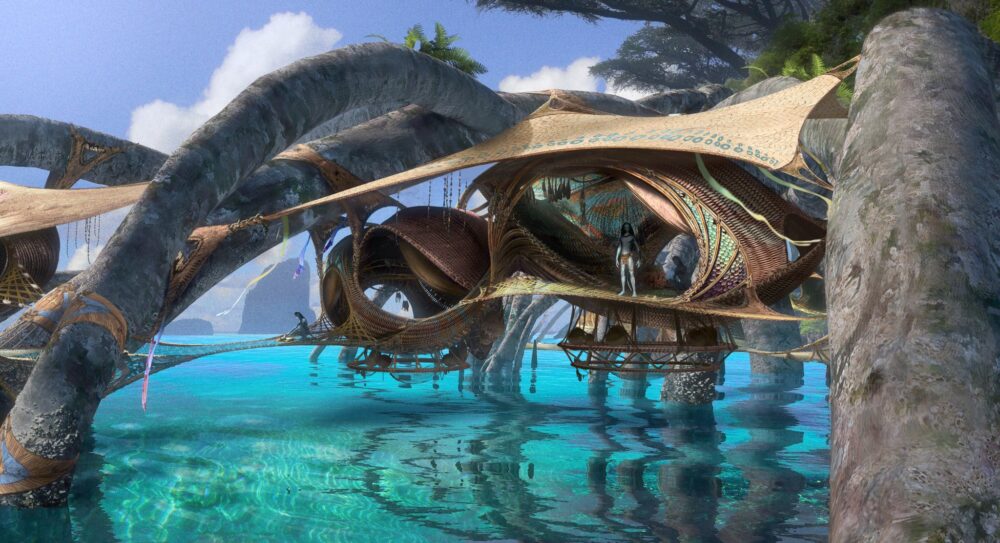 Opening in theaters December 16,  Avatar: The Way of Water is set more than a decade after the events of the first film, and begins to tell the story of the Sully family (Jake, Neytiri and their kids), the trouble that follows them, the lengths they go to keep each other safe, the battles they fight to stay alive, and the tragedies they endure.

The teaser trailer, which was screened in 3D for the very first time today and reportedly drew enthusiastic responses from the CinemaCon audience, will debut exclusively in theaters with Marvel Studios’ Doctor Strange in the Multiverse of Madness on May 6. In addition, Saldana will be receiving the CinemaCon “Star of the Year” award at the Big Screen Achievement Award ceremony on Thursday evening, April 28.

In a video message pre-recorded from New Zealand, where the sequels are filming, Cameron said this return to Pandora is “designed for the biggest screen and the most immersive 3D available” and “to test the limits of what cinema can do.” The worldwide release will offer 160 language versions and an unprecedented number of formats, including IMAX, stereo 3-D and PLF.

The studio also screened the first six minutes of The Bob’s Burgers Movie, which opens in theaters nationwide May 27, for convention attendees. As previously announced, the story begins when a ruptured water main creates an enormous sinkhole right in front of Bob’s Burgers, blocking the entrance indefinitely and ruining the Belchers’ plans for a successful summer. While Bob and Linda struggle to keep the business afloat, the kids try to solve a mystery that could save their family’s restaurant. As the dangers mount, these underdogs help each other find hope and fight to get back behind the counter, where they belong.

(Check out pre-Con clips released this week here and here.)

CinemaCon attendees were also treated to footage from Disney and Pixar’s upcoming feature film Lightyear, which opens in theaters on June 17. This sci-fi action-adventure and the definitive origin story of Buzz Lightyear, the hero who inspired the toy, follows the legendary Space Ranger after he’s marooned on a hostile planet 4.2 million light-years from Earth alongside his commander and their crew. As Buzz tries to find a way back home through space and time, he’s joined by a group of ambitious recruits and his charming robot companion cat, Sox. Complicating matters and threatening the mission is the arrival of Zurg, an imposing presence with an army of ruthless robots and a mysterious agenda.

The film features the voices of Chris Evans as Buzz Lightyear, Uzo Aduba as his commander and best friend, Alisha Hawthorne, and Peter Sohn as Sox. Keke Palmer, Taika Waititi and Dale Soules lend their voices to the Junior Zap Patrol’s Izzy Hawthorne, Mo Morrison and Darby Steel, respectively, and James Brolin can be heard as the enigmatic Zurg. The voice cast also includes Mary McDonald-Lewis as onboard computer I.V.A.N., Isiah Whitlock Jr. as Commander Burnside, Efren Ramirez as Airman Diaz and Keira Hairston as Young Izzy. The film is directed by Angus MacLane (co-director, Finding Dory), produced by Galyn Susman (Toy Story That Time Forgot), and features a score by award-winning composer Michael Giacchino (The Batman, Up).

(Read all about Lightyear in the June ’22 issue of Animation Magazine, available soon!)

… And Marvel Studios took the CinemaCon audience on a thrill ride through the Multiverse with footage from Doctor Strange in the Multiverse of Madness, which opens in U.S. theaters on May 6. With the film, the MCU unlocks the Multiverse and pushes its boundaries further than ever before. Fans will journey into the unknown with Doctor Strange, who, with the help of mystical allies both old and new, traverses the mind-bending and dangerous alternate realities of the Multiverse to confront a mysterious new adversary.

According to Feige, the sequel has already totted up $42 million in pre-sales.