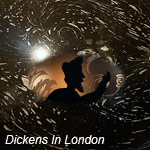 In celebration of the 200th birthday of Charles Dickens, Film London, BBC Radio 4 and BBC Radio Drama have commissioned five films and five radio plays—Dickens In London—to be broadcast simultaneously Feb. 6-10 in the Woman’s Hour Drama strand on Radio 4 (10.45 a.m), online and via Red Button. The films, commissioned by Film London Artists’ Moving Image Network (FLAMIN) and produced by Dan Films with funding from Arts Council England, will also premiere at BFI Southbank on Feb. 7 at a special event celebrating the actual anniversary of Dickens’s birth.

Dickens In London is an interactive, cross-platform project which brings together artist film-maker Chris Newby and writer Michael Eaton to form a biographical portrait of Dickens’s life via film and the spoken word. Based on Dickens’s essays  A Not Over-Particularly-Taken-Care-Of-Boy-Boz, The Sparkler of Albion, The Uncommercial Traveller and The Inimitable’ – Dickens In London comprises five new films by Chris Newby which use animation, puppetry and contemporary footage to visualise five original radio plays written by Michael Eaton. Each radio play forms the soundtrack for the five films and feature the voices of Samuel Barnett, Alex Jennings and Antony Sher, who each take their turn to play Dickens.

“My aim was not simply to recreate what someone might imagine,” says Newby, who is known for his feature Madgascar Skin and Anchoress. “It was to recreate an alternative theatrical presentation. Also, a film soundtrack is a submerged thing rather than up-front like the conventions of a radio play. I decided to have as much fun with the radio conventions as possible. At the back of my mind was a scrap book that Hans Christian Andersen made, where he constructed collages from found illustrations. The films would represent a paper world, the puppets heads would be constructed from Dickens books. Animated characters would be torn from the very fabric of London. Not forgetting the odd dash of pepper…or two.” 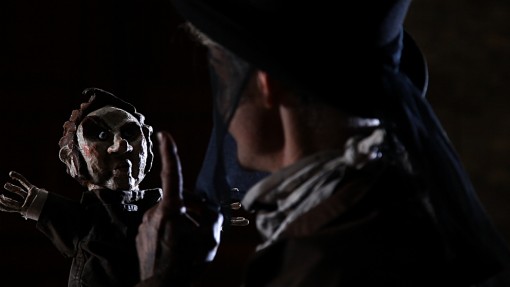 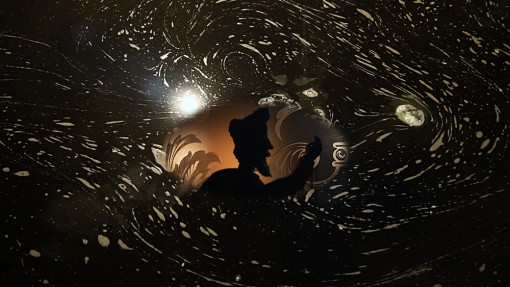 Dickens in London will be broadcast on Monday 6–10February at 10.45am on BBC Radio 4 – and watch the film online at www.bbc.co.uk/radio4 or push the Red Button.