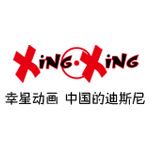 Only a couple of days after the departure of president Catherine Winder from Vancouver’s Rainmaker Entertainment, the company was sold to China’s Xing Xing Digital Corp. The assets are being acquired in consideration for the assumption of existing Rainmaker book liabilities in an approximate amount of $7 million and the assumption of all real property leases. The transaction is conditional upon the approval of Rainmaker’s shareholders and the receipt of the required regulatory approvals.

The board of directors of Rainmaker has unanimously approved entering into the asset purchase agreement and recommends that Rainmaker shareholders approve the transaction.

Tim McElvaine, Chairman of the Board, stated, “Following completion of the Transaction, Rainmaker’s assets will include working capital in excess of $2 million, proceeds of the RSI loan, the potential to participate in any adjusted gross revenues payable to the producer of Escape from Planet Earth and substantial non-capital tax losses. The board remains committed to maximizing the value of these assets for Rainmaker’s shareholders.”

Rainmaker Entertainment (formely known as Mainframe) is one of Canada’s largest producers of computer generated animation for all media. The studio is currently in production on its first feature film Escape from Planet Earth which will be distributed by The Weinstein Company in February 2013. It is also producing several DVD films for Mattel and developing its own properties. Rainmaker is currently represented by Hollywood management firm, Circle of Confusion. For more information, go to www.rainmaker.com.

Beijing-based Xing Xing produces animation for a wide range of TV shows such as Fireman Sam, Wild Animal Baby Explorers and The Secret Millionaire’s Club. The studio also offers post and vfx work (Twilight, The Changeling, Angels & Demons are some past clients).