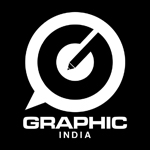 Liquid will contribute what the partners said is “one of the world’s largest and highest-quality comic book libraries based on Indian characters” to Graphic India. Devarajan will become CEO of Graphic India, while staying as executive chairman of Liquid.

India is home to a population that is one of the largest and fastest growing demographics in the world, with more than 500 million consumers under the age of 25 and with more than 850 million mobile phone users in the country.

“India is home to some of the most creative minds in the world, and we believe that the next Batman, Harry Potter, Pokemon or The Avengers, can come from this country,” said Graphic India co-founder and CEO Devarajan. “At Graphic India, we intend to find, nurture and promote a new generation of creators to transform the world with their stories.”

You can check out a cool trailer for Graphic India’s properties here: www.graphicindia.com/portfolio/trailer/.