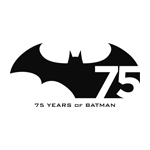 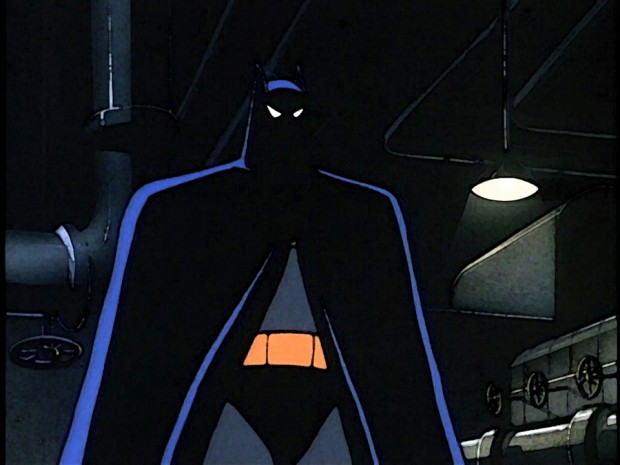 Key projects in comics, animation and countless other media have made Batman more popular than ever as he celebrates his 75th anniversary.

He’s survived the death of his parents, countless villainous schemes, the sci-fi craze of the 1950s and the campy 1960s, and numerous grim and gritty future timelines. But through it all, the caped crusader known as Batman has proven to be one of the most resilient and enduringly popular characters in all of fiction.

Though he was born in the pages of the then-new medium known as the comic book, animation has been a driving force in Batman’s evolution over the past 75 years. And no piece of animation has proven more influential than Batman: The Animated Series.

Created as a TV tie-in that could profit from the success of Tim Burton’s 1989 Batman live-action feature, Batman: The Animated Series’ 85 episodes ran from 1992 to 1998 and had a huge impact on fandom, animation and the comic book industry. In particular, Eric Radomski’s deco-inspired designs for Gotham City, the iconic character designs by Bruce Timm, a writing team that included Paul Dini and a pitch-perfect voice cast directed by Andrea Romano all came together to create an instant and lasting classic that still resonates today in animation and comic books.

“There was a real sophistication and elegance to that series,” says Jim Lee, co-publisher of DC Comics. “It certainly appealed to kids but had a depth that really made it fascinating and interesting to watch for adult fans. I think visually, it was stylistically stunning.”

Even the voice acting of that show has had a huge influence and legacy more than 20 years after it debuted. “I’ve done panels with Kevin Conroy, who does the voice of Batman, and it’s amazing how much the audiences connect to him,” Lee says. “He’s their Batman. He’s directly plugged into their overall psyche and it’s amazing to watch him work the crowd and bring Batman to life through his voice.”

Perhaps the most lasting contribution was the creation of the character Harley Quinn. An original character created as the Joker’s assistant, the character became hugely popular among fans and since has been integrated into almost every version of the Batman mythos from comics to video games.

The influence on comics was significant, with the show’s design sense and use of colors and costumes finding its way onto the printed page, says Lee.

DC Entertainment and Warner Bros. are celebrating the 75th anniversary of Batman with numerous events, including Batman Day, set for July 23. As part of the festivities, fans who visit participating comic book stores and book stores will receive a free, special edition of Detective Comics #27, featuring a reimagining of Batman’s 1939 comic book debut, designed by Chip Kidd with a script by bestselling author Brad Meltzer.

In addition to the comic book, DC Entertainment is providing retailers access to an assortment of other collectibles to help in the celebration of “Batman Day” including a Batman 75th anniversary cape, bookmarks featuring essential Batman graphic novels and four Batman masks designed by comic book artist Ryan Sook spotlighting a variety of the character’s iconic looks from his 75-year history.

There also was a 75th anniversary short animated film from Timm, pitting the Dark Knight against Hugo Strange in typically stylish fashion.

The comic book page is where Batman has lived the vast majority of his fictional life.

Created by a young artist named Bob Kane and writer Bill Finger, there was little about the first Batman story in Detective Comics #27, cover dated May 1939, that indicated the birth of an enduring cultural icon. Borrowing ideas from sources as diverse as the sketchbooks of Leonardo da Vinci and Zorro, Batman was but one of many costumed heroes that sprang up in the wake of Superman’s success the year before.

But several key elements to the character helped him stand out, says Lee, one of the most popular superhero comic book artists of the past quarter century. “He’s a character that was created in tragic circumstances — and overcame them,” he says. “That aspirational-inspirational aspect of Batman is something I think all people can relate to.”

He also stood out because of the quality of work Kane, Finger and others put into the character and expanding the mythos with the likes of Robin, the first kid sidekick in comics; the Joker, arguably comics’ greatest villain; Catwoman, a conflicted thief and on-again off-again romantic interest; the Penguin, Hugo Strange, Mr. Freeze, the Riddler, Two-Face, Poison Ivy, Bane, and on and on.

“We don’t want our characters to become encased in amber, ossified as it were. It’s important that Batman really reflects what’s going on in society and that he feels very much of the here and now.” — Jim Lee, Co-publisher, DC Comics

Lee says it was important that the character was allowed to evolve and adapt over the years. “We don’t want our characters to become encased in amber, ossified as it were,” says Lee. “It’s important that Batman really reflects what’s going on in society and that he feels very much of the here and now.”

The early tales from comics’ golden age were simple, sometimes dark and often bizarre. But something about Batman clicked with the kids who made up the comics reading public and the character – again, following in the footsteps of Superman — appeared in a pair of Columbia Features serials: 1943’s Batman and 1949’s Batman and Robin. Neither was especially well received and the Caped Crusader would not return to the screen until the now-classic ABC series that ran from 1966-69.

That series blurred the lines between live-action and animation, both with its campy cartoon style of action, as well as an actual animated open credits sequence and the animated fight sound effects that defined the character — and comic book characters in general — in the minds of the general public for more than two decades. The fad burned brightly and fizzled out just as quickly; the backlash from fans who took their comics and superheroes seriously lasted for years.

The Dark Knight’s first proper animation outings were fairly underwhelming, starting in 1968 with Filmation’s The Batman/Superman Hour, later re-packaged as Batman with Robin the Boy Wonder; and the juggernaut of 1970s and 1980s Saturday-morning TV, Super Friends.

But the modern take on Batman perfected by the Animated Series first showed up in the comics in the early 1970s, as writer Denny O’Neil and artist Neal Adams put the dark back into the Dark Knight. Lee says it was their additions to the Batman mythos — notably the villain Ras al Ghul and his daughter, Talia, a compelling romantic interest for Batman — that made the character fresh and relevant again. “It just created an amazing story and one that was worthy of the lore and legend of Batman,” says Lee.

The 1970s saw a more serious take on Batman in the comic books, a charge lead primarily by writer Denny O’Neil and artist Neal Adams and continued by an iconic run in Detective Comics by writer Steve Englehart and artist Marshall Rogers that later inspired the first Burton feature.

But if there’s a tale that truly defined the modern Batman, it’s Frank Miller’s The Dark Knight Returns. Published in 1986, the four-issue series about an aging Bruce Wayne who returns to the role of Batman at the hour of Gotham City’s greatest crisis has been a perennial best seller for DC and a landmark in American comics.

Batman’s success over the past 25 years speaks to the power of the character. After Burton’s Batman redefined the definition of blockbuster for the movie business, there were sequels, Batman: The Animated Series, a veritable explosion of comic book titles, even more animated series, several animated DC Universe features, the acclaimed Christopher Nolan movie trilogy and, soon, a team-up with the Man of Steel in Batman v. Superman: Dawn of Justice.

Lee himself has contributed several key chapters in the Batman saga, drawing the acclaimed Hush storyline written by Jeph Loeb, and collaborating with Miller on the unfinished and controversial series All-Star Batman and Robin the Boy Wonder.

“Those were fun opportunities for me to work with writers I long respected,” says Lee. “Generally, I like to work with writers I can learn something from. They both know the character so well and portray it differently but they know it so well and they really understand the mechanics of why this mythology works, that Batman works when he has great villains and foils to work off of.”

Recent years have seen the character redefined yet again by writer Grant Morrison, whose talent for innovating within the confines of strict comic book continuity is unparalleled in comics. “Grant is a writer that prides himself on looking at the entire history of the character, every storyline that preceded his and, in his mind, figures out a timeline and continuity where they can all exist and be canon,” says Lee.

More recently, Scott Snyder has taken on the role of lead Batman writer in DC’s relaunched universe, The New 52. “The Court of Owls was just really a nice change of pace,” says Lee. “It had a very literary quality to it — probably more words on the page than one had seen in the past — but he really created a dense and vibrant take on Gotham City.”

The Batman titles are, by far, DC’s most popular, with two new titles — Gotham Academy and Arkham Manor — just announced for a fall debut, ensuring the Dark Knight will continue to protect the citizens of Gotham City — in any medium — for many more years to come.