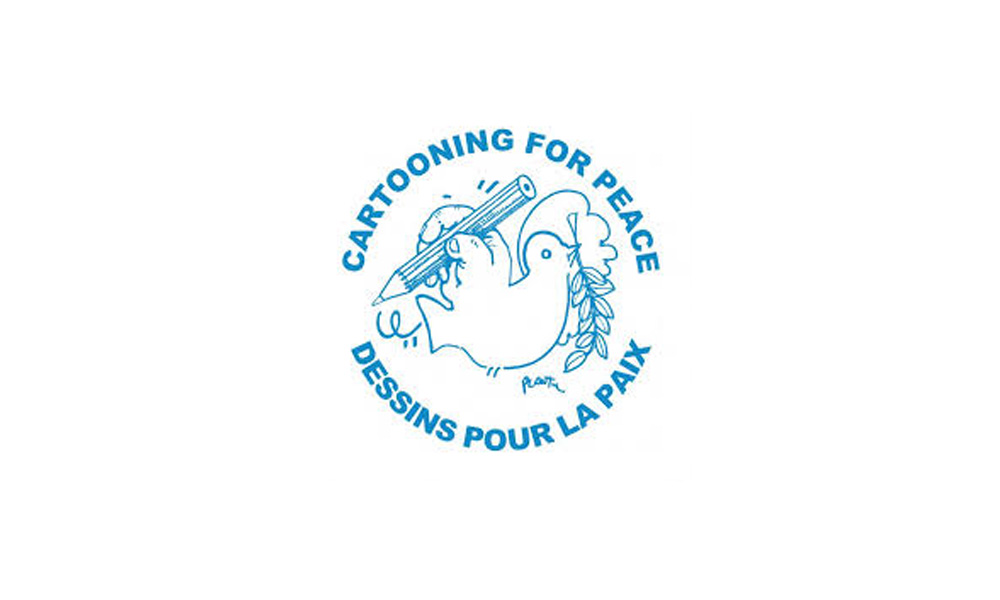 Created in 2006 at the initiative of Kofi Annan, Nobel Peace Prize awardee and former General Secretary of the United Nations, and press cartoonist Plantu, Cartooning for Peace is a international network of cartoonists committed to the promotion of freedom of expression, human rights and mutual respect among people upholding different cultures and beliefs, using the universal language of press cartoons.

The Society of Illustrators is pleased to present a selection of work from this important organization to be featured in the Gallery at the MoCCA Arts Festival, located on the main floor at Metropolitan West (West 46th Street between 11th and 12th Avenues), on display April 6-7, 2019.

Cartooning for Peace will be further promoting their work at their booth located on the second floor: Table #I-268, I-269. Liza Donnelly, Michel Kichka, Jeff Danziger and Ann Telnaes will also represent the group in a panel discussion. Scheduling and details will be announced at a later date.