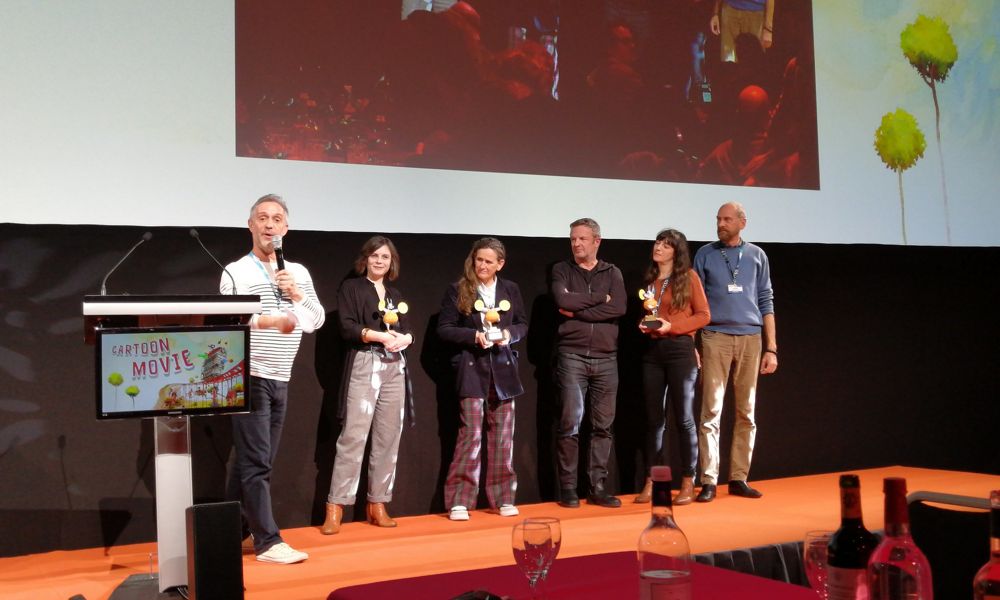 Animation professionals from across Europe gathered once again in Bordeaux this week to pay tribute to stand-outs in their field with the presentation of the 2020 Cartoon Tributes. Created in 2001, the awards recognize the work of individuals and companies across the continent and are bestowed annually by Cartoon Movie.

Announced on Thursday, March 5, the winners in each of the three categories – European Director, Distributor and Producer of the Year – were voted by the participants at the animated feature film pitching and co-pro forum Cartoon Movie. Two of the three prizes went to French pros, with the third going to a Belgian studio.

DIRECTOR OF THE YEAR: Zabou Breitman & Éléa Gobbé-Mévellec for The Swallows of Kabul (France)

This film is an adaptation of Yasmina Khadra’s literary fiction set in a Taliban-occupied Kabul. Actor and director Breitman’s first animated feature and Gobbé-Mévellec’s first feature film as a director, the movie premiered in Cannes’ Un Certain Regard in 2019 and received an award at the Annecy Festival the same year. Produced by Les Armateurs, The Swallows of Kabul is a coproduction between France, Luxembourg, Switzerland and Monaco.

DISTRIBUTOR OF THE YEAR: Lumière (Belgium)

Lumière Group started its activities in 1996 in Bruges as an exhibitor. In 2003 they got into the distribution business in Benelux with a wide catalogue of European films such as I Lost My Body, Funan, Phantom Boy and Joseph.

PRODUCER OF THE YEAR: Xilam Animation (France) / Auvergne-Rhône-Alpes Cinéma (France) for I Lost My Body

Directed by Jérémy Clapin; nominated for the Oscar for Best Animated Feature in 2020. Founded in 1999 by Marc du Pontavice, Xilam is a production company specializing in family-oriented, audiovisual and multimedia content. Auvergne-Rhône-Alpes Cinéma is the regional film fund for features, having recently supported Mia and the Migoo, A Cat in Paris, Phantom Boy and My Life as a Courgette.

Read about the nominees here.