The London office of Cartoon Network announces the launch of the Cartoon Network Imagination Studios Awards – a kids only competition offering the chance for three lucky winners to have their original animation creations broadcast on the channel.

Tied to the newly launched online behind-the-scenes-discoveries destination Cartoon Network Imagination Studios, the Awards competition invites kids 6-12 to use the site’s inspiration to create their very own original character, story or storyboard — or even take a shot at their own short animation.

British writer, comedian and TV presenter David Baddiel is encouraging as many kids as possible to take part.

“Because of many, many kids TV shows available today, children now have much more sophisticated story and comedy sense than my generation, who basically had The Magic Roundabout.,” he said in the announcement. “This is a brilliant initiative for children to get creative and use that sophistication to make something that will actually be shown on one of the best kids TV channels, Cartoon Network. If I was 10 I couldn’t think of anything more exciting than seeing my show back-to-back with The Amazing World of Gumball.”

Baddiel will appear on the competition judging panel, alongside experts from Cartoon Network, the British Film Institute (BFI) and Children & the Arts, the UK’s leading charity for inspiring and engaging children through arts activities. Children & the Arts is also a major supporter of the channel’s efforts to offer this unique competition within UK primary schools and has collaborated on the creation of a specially-designed, curriculum aligned Teachers’ Toolkit, which can be found on the site. 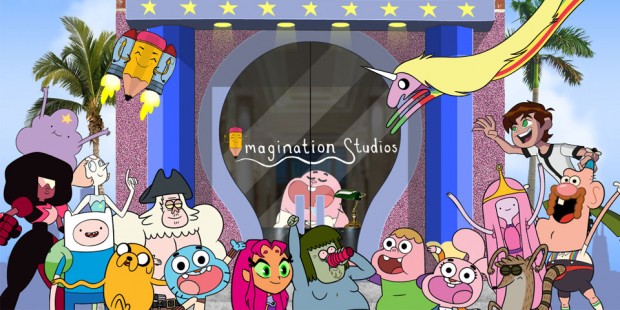