Cartoon Network will return to Annecy, France for the 2015 Animation Festival and MIFA market, where it will toast the latest project to emerge from its short form Artists’ Program and seek out emerging talent from the indie scene to join the program. This Thursday, June 18, representatives from the company will host face-to-face artist interviews to source new talent for the studio. It will also run two panel events: “Cartoon Network: From Short to Series” and “The Making of Cartoon Network’s Adventure Time” on Thursday and Friday.

Taking place in Salle Pierre Lamy (4 – 5:15pm), “Cartoon Network: From Short to Series” will offer attendees a peek inside the Studios’ award-winning Artists’ Program, as well as an exclusive first look at We Bare Bears, created by Daniel Chong. Coming to Cartoon Network US in July 2015, followed by EMEA from September 2015, We Bare Bears is the latest series to be developed as part of the program.

Moderated by Rob Sorcher, Cartoon Network Studios’ Chief Content Officer, the panel will feature: Elizabeth Ito, director and storyboard artist on the network’s global phenomenon Adventure Time and creator of the brand new short Welcome to My Life; George Gendi storyboard artist on The Amazing World of Gumball from Cartoon Network Studios Europe and creator of the brand new pilot Apple & Onion; and Daniel Chong, creator of We Bare Bears. The panel will be preceded by Cartoon Network’s renowned Picnic by the Lake, at the Plage de L’Imperial from 12:30 – 2:30pm, where festival-goers will have the opportunity to meet creators and programming executives and take home some specially-created We Bare Bears-inspired treats.

The following day, “The Making of Cartoon Network’s Adventure Time“ will take place from 2 – 3:15pm in Salle Pierre Lamy. Now in its sixth season, the blockbuster franchise has built a broad-ranging, worldwide fan base of adults and children alike since it premiered in 2010. This panel presents an opportunity to hear from the key creative and production team behind the show, taking us through the making of this much-loved animated phenomenon. Focal points will include recent guest-directed shorts, including the Annecy-nominated Food Chain, and an exclusive sneak-peek of an upcoming episode by guest director Kirsten Lepore rendered solely using stop motion animation – a significant first for the series. 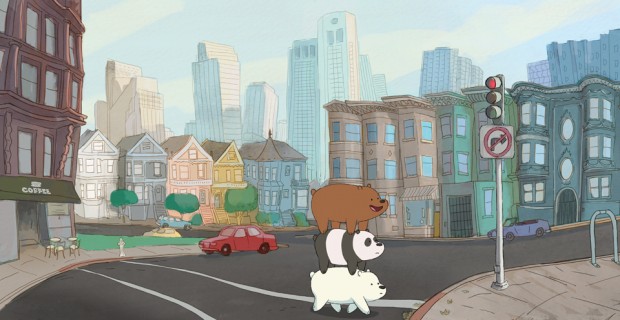