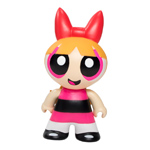 Cartoon Network is planning an out-of-this world fan experience for Comic-Con 2018 (July 19-22) with an overall immersive Steven Universe experience, an homage to Adventure Time, along with additional signings, panels and exclusive product offerings.

Inspired by the illustrious mythology of Steven Universe, this year’s booth (#3735) will greet fans with large, iconic figures of the Crystal Gems above a crystal landscape. A screen embedded in the crystal will show what’s waiting inside – the chance to be in an epic parallax scene with their favorite characters!

THURSDAY, JULY 19 | 4:30 p.m. – 5:30 p.m. | Horton Grand Theatre
SUPERHEROES OF BODY POSITIVITY: A CONVERSATION WITH STEVEN UNIVERSE’S REBECCA SUGAR AND FRIENDS — Calling all Crystal Gems! The Dove Self-Esteem Project and Cartoon Network’s Steven Universe have partnered to educate young people on body confidence through the Emmy-nominated hit series’ celebrated themes of inclusion and empowerment. Join Steven Universe creator Rebecca Sugar, Grammy winner Estelle (voice of Garnet) and experts from the Dove Self-Esteem Project for a conversation on the importance of body positivity in both the real and animated world.

FRIDAY, JULY 20 | 10 a.m. – 11:15 a.m. | Hilton Bayfront Indigo Ballroom
ADVENTURE TIME — Cartoon Network invites you to come along with us to celebrate 10 seasons of this most mathematical show! We don’t want to spoil too many of the surprises but, we can promise you a live musical performance featuring some of your favorite tracks from the series along with special guests and an exclusive series finale trailer! Grab your homies and don’t miss this epic celebration before The Ultimate Adventure.

2 p.m. – 3 p.m. | Room 25ABC
CARTOON NETWORK CREATORS: DRAWING ON INSPIRATION — Meet the creators of Cartoon Network’s most beloved and exciting new shows! This talented group of creative leaders will share why they were inspired to get into animation, highlights of their paths to becoming showrunners and insights on what it takes to bring stories to life. They’ll also reveal some exciting news about… well, you’ll have to come to find out! Join Matt Burnett and Ben Levin from Craig of the Creek, Daniel Chong from We Bare Bears, Diego Molano from Victor & Valentino and Julia Pott from Summer Camp Island, moderated by Ian Jones-Quartey from OK K.O.! Let’s Be Heroes.

THURSDAY, JULY 19 | 6 p.m. (Doors at 5:15 p.m.) | Manchester Grand Hyatt – Harbor Ballroom
THE HER UNIVERSE FASHION SHOW: CARTOON NETWORK JUNIOR DESIGNER SHOWCASE — The 5th annual Her Universe Fashion Show is a design competition where 24 designers compete with their original “geek couture” designs for the chance to win the ultimate prize – the opportunity to design a Her Universe fashion collection for Hot Topic. Cartoon Network has sponsored the junior designer contest, where youth ages 5-17 had the opportunity to submit designs inspired by The Powerpuff Girls in celebration of the 20th Anniversary. Four winners were chosen and they will reveal their designs during the Cartoon Network Junior Designer showcase during the Her Universe Fashion Show. Hosted by actress and Her Universe Founder, Ashley Eckstein.

SUNDAY, JULY 22 | 11:30 a.m. – 1 p.m. | Hilton Bayfront Indigo Ballroom
CARTOON NETWORK BEST SUMMER EVER COSTUME BALL — Kids, get ready for the Best Costume Ball Ever! Cartoon Network is throwing the hottest party of the season and we want you to join us. Kick off your flip flops, ditch the bathing suit and show off your chillest, most creative costumes. Oh and did we mention guest judges from some of your favorite Cartoon Network shows? We’ll play games, share exclusive never-before-seen clips and hand out some sizzling prizes. Parents, turn up the heat by getting in on the action with a family costume. Make your Best Summer Ever complete with a party you’ll remember all year long! 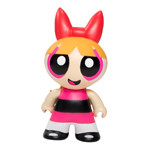 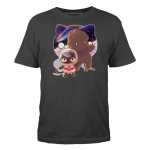 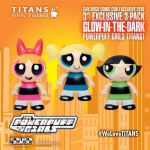 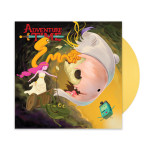