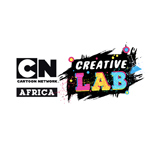 Cartoon Network Africa has launched a new initiative called “Creative Lab” to promote local short-form animated content for and from people living in Africa. The initiative is looking for creators, writers, graphic artists and animation students to help produce these new projects.

The Creative Lab program is an adult-targeted version of Cartoon Network’s Imagination Studios initiative as it is open to African residents above 18 years of age or Africa-based companies. Content producers have until August 31st to apply.

Submissions should consist of a one-to-three minute short comedy project in line with Cartoon Networks other programming. The network will pick ten shortlisted projects that the creators will then get to pitch to its team. After which the winner and two runners-up will be Nov. 14-16 and then given the opportunity to turn their project into a pilot to premiere sometime in 2019.

For more info about how to enter the program visit www.cartoonnetworkhq.com/CreativeLab