A slew of popular toons for a variety of tastes and levels of maturity will be part of the dizzying Comic-Con International this month in San Diego, with panels, screenings, special events, exclusive merch and more from Cartoon Network and its late-night sibling Adult Swim on the menu.

Cartoon Network will put the emphasis on its upcoming action-adventure series OK K.O.! Let’s Be Heroes (premiering August 1) — including booth inspired by Gar’s Bodega (#3735) topped by a supersized K.O. balloon pointing the way to a can’t-miss shopping which will score you a CCI premium exclusive blind box item. Other highlights include panels and special goodies featuring Steven Universe and Ben 10, plus the annual Summertime Go! Screening & Costume Contest. This is on top of the previously announced panels for CN toons being hosted by Warner Bros. TV.

Among the Adult Swim hijinx not to be passed up are the Adult Swim on the Green experience, a visit from the Rickmobile, plus signings and panels with fan-favorite series like Rick and Morty as well as the brand-new animated series The Jellies! premiering this year. Wristbands are required for all signings.

10 a.m. – CN Presents OK K.O! Let’s Be Heroes: Get ready to witness the power of a true hero in training. Be the first to see exclusive content, dive into the super-powered world of Lakewood Plaza Turbo, and get to know the ever-enthusiastic K.O.! Get all your hero tips from Ian Jones-Quartey (Creator & voice of Rad), Toby Jones (Co-Executive Producer), Kate Flannery (voice of Carol) and Courtenay Taylor (voice of K.O.) Moderated by IGN’s Alanah Pearce.

11 a.m. – CN Presents Steven Universe: Hang out with Rebecca Sugar, Steven, and the gems, and be the first to hear the latest updates from Beach City. We’ve got never-before-seen footage, exciting announcements, and answers to all your burning questions! Ok…maybe not all of them. Join Rebecca Sugar (Creator), Deedee Magno-Hall (voice of Pearl), Michaela Dietz (voice of Amethyst), Estelle (voice of Garnet), AJ Michalka (voice of Stevonnie) with half-gem, half-human Steven Universe, Zach Callison, serving as half-guest, half-moderator!

3:15 p.m. – AS Presents Mike Tyson Mysteries: It was a unanimous victory last time, but Iron Mike Tyson is taking on Comic-Con again and this rematch is sure to live up to all the hype. Currently in its third season of solving mysteries, the Mike Tyson Mystery Team has all-new episodes airing on Adult Swim. Join Mike Tyson, fellow voice cast member Rachel Ramras (The Looney Tunes Show) and producer Hugh Davidson (The Looney Tunes Show) for an exclusive look at upcoming episodes.

10:50 a.m. – CN Presents Ben 10: The Rustbucket has traveled far and wide to deliver Ben and his trusty alien heroes to sunny San Diego! We have so much to share about what’s new with the show, the app and the toys. We’ll have a lot of fun along the way with games and giveaways so set your Omnitrix to hero time! Panelists include Greg Cipes (voice of Stinkfly), John DiMaggio (voice of Four Arms), Montse Hernandez (voice of Gwen), Roger Craig Smith (voice of Diamondhead), Tara Strong (voice of Ben Tennyson), John Fang (Executive Producer), Joe Casey (Man of Action Entertainment, Creator) and moderator Eric Bauza.

8 p.m. Room 7AB – Cartoon Network Screening and Costume Ball – Tell your cousin, sister, papa and your mom that new episodes are a GO at the CON! Cartoon Network is new all summer and we’re ready to go with exclusive sneaks of your favorites, along with peeks of our newest shows. Dress as your favorite CN character and walk the runway for a chance to win incredible loot! Psst – the first 50 kids age 12 & under who show up in costume will receive a special prize. Guest judges include Ian Jones-Quartey (Creator & voice of Rad for OK K.O.! Let’s Be Heroes), Greg Cipes (voice of Stinkfly for Ben 10 and of Beast Boy for Teen Titans Go!), Zach Callison (voice of Steven for Steven Universe), Deedee Magno-Hall (voice of Pearl for Steven Universe), Michaela Dietz (voice of Amethyst for Steven Universe), led by the guy who has a voice in all of our shows, Eric Bauza!

8 – 10 p.m. AS Nighttime on the Green: Things You’ve Never Seen – A night of specials and original pilots, brought to fans by Snickers. Blankets, chocolate and surprises provided. Lineup at 7 p.m.

10 a.m. Room 29AB – Steven Universe: Art & Origins – Join Steven Universe creator Rebecca Sugar for her first SDCC intimate conversation as she discusses the making of the official behind-the-scenes art book for the Emmy Award-nominated TV series. Accompanied by Ian Jones-Quartey and the book’s author Chris McDonnell, they will cover a wide range of topics including influences; the process in developing the characters, design, and music for Steven Universe; and art from the new book, plus a fan Q&A. A ticketed photo op in the autograph area with Sugar and McDonnell will follow the session.

Adventure Time Uglydoll (Booth #3245) – Uglydolls Ox and Jeero are headed to Comic-Con, and this year’s cosplay theme is Adventure Time! Ox and Jeero spent a lot of time arguing over who got to be Jake the Dog and who got to be Finn the Human. Jake can stretch his limbs, and Jeero stretches the truth, so that sort of helped in reconfiguring the exclusive Jake the Dog and Finn the Human Uglydoll only available at SDCC. Plus Ox had the four day passes, so yeah he wins. Or Jeero wins. You win.

Steven Universe Cartoon Network Titans (Booth #5537) – Affable cartoon hero Steven Universe is dressed in his favorite PJs (while he’s on his downtime away from saving Beach City with Crystal Gems) in an exclusive 3″ TITAN vinyl collectible; or dressed smartly in a tuxedo, as seen in the show’s colorful song and dance number “Mr. Greg” for an exclusive 4.5″ TITAN vinyl collectible.

Steven Universe: Art & Origins (Booth #1216) – The first book to take fans behind the scenes of the groundbreaking series is bursting with concept art, production samples, early sketches, storyboards and exclusive commentary plus a meticulous oral and visual history of the show and an all-access tour of the creative team’s process. The SDCC limited edition includes an exclusive cover and poster.

Cartoon Network X We Love Fine (Booth #1316) – Exclusive designs include chaotic Flame Princess surrounded by her element (Adventure Time), Peridot in all her green Crystal Gem glory (Steven Universe), and a nighttime themed shirt featuring silhouettes of Wirt and Greg encased in an outline of Beatrice (Over the Garden Wall). 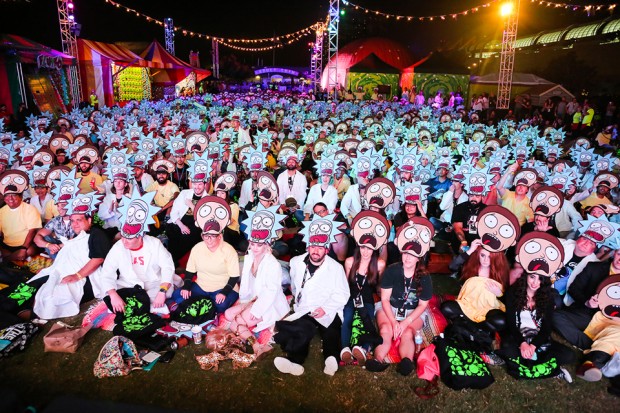 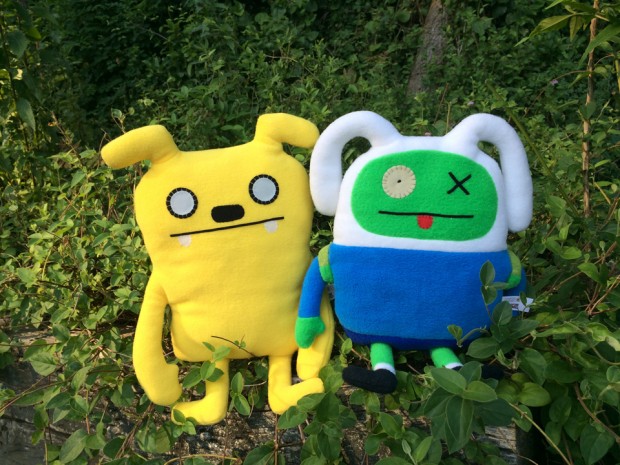 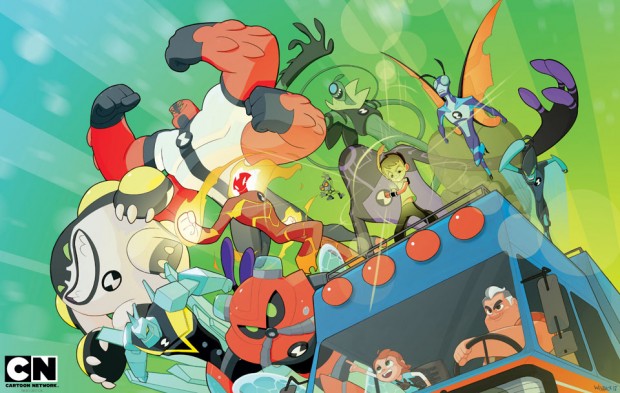 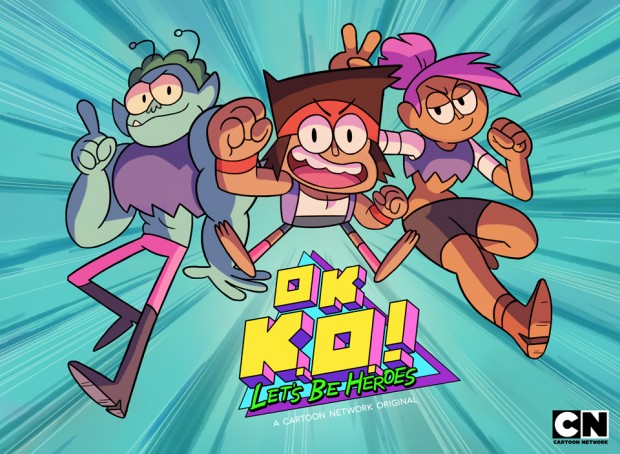 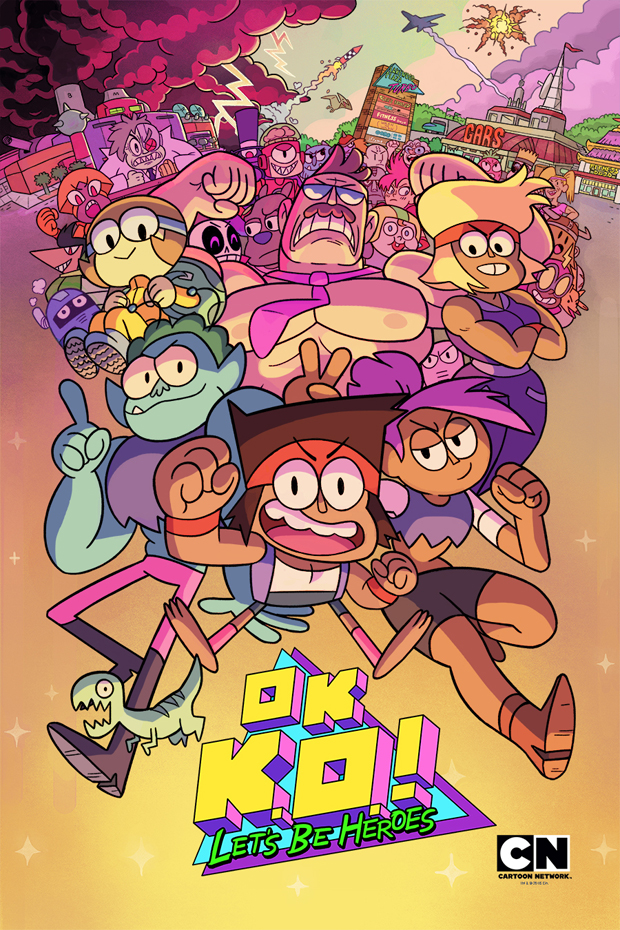 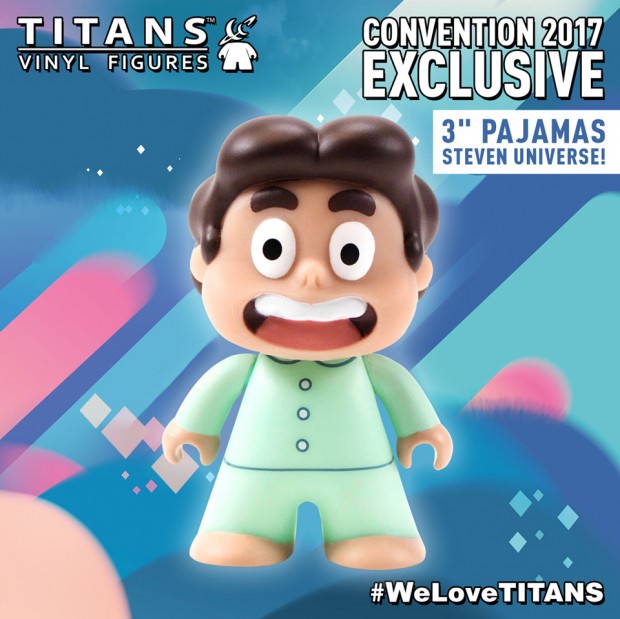 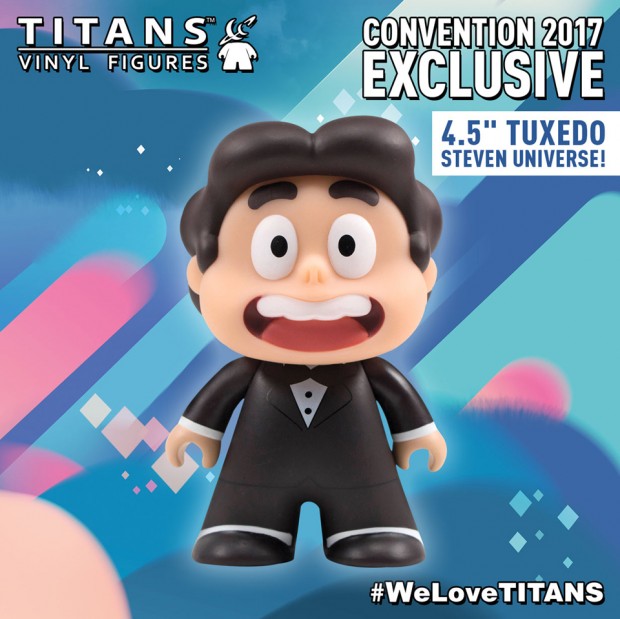 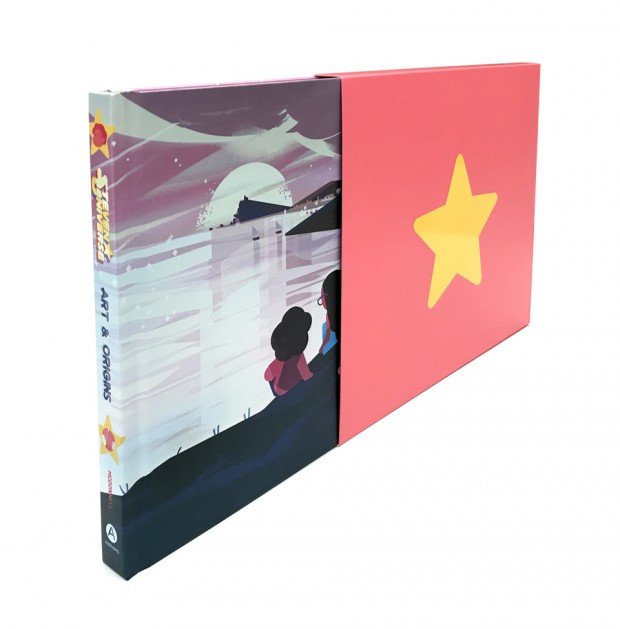 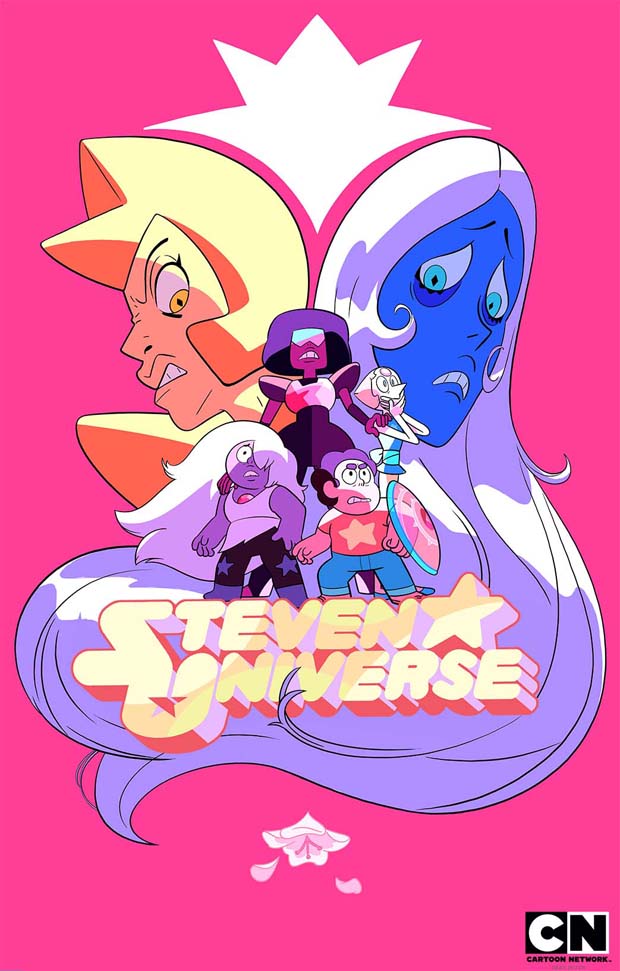 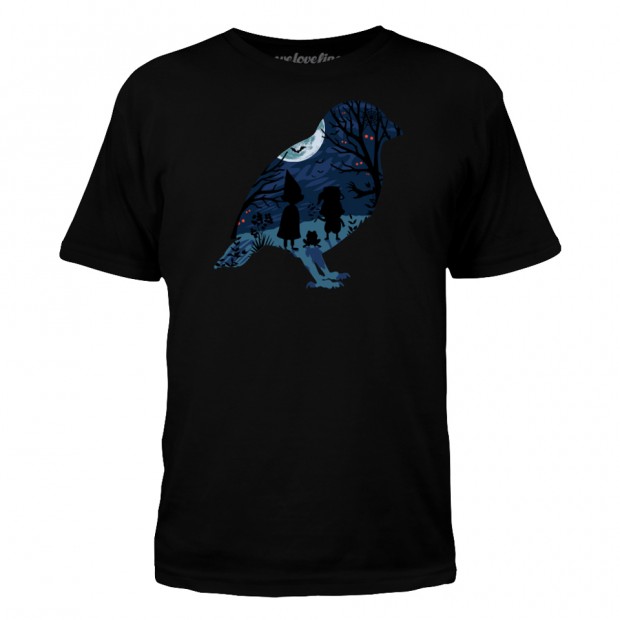 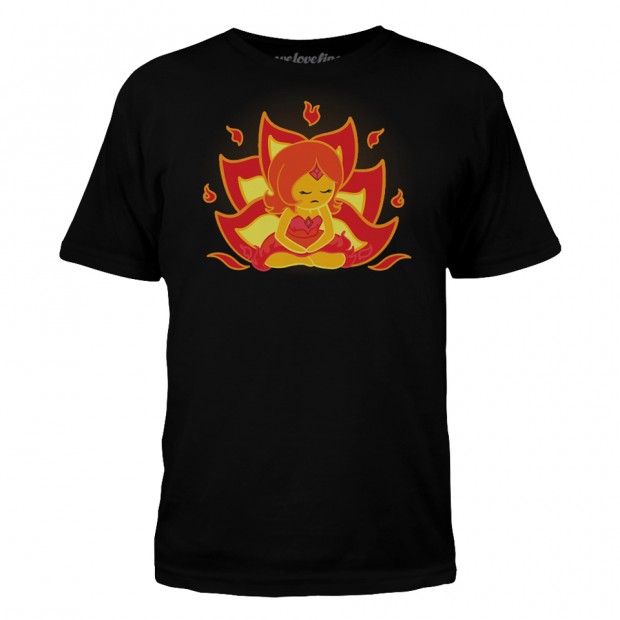 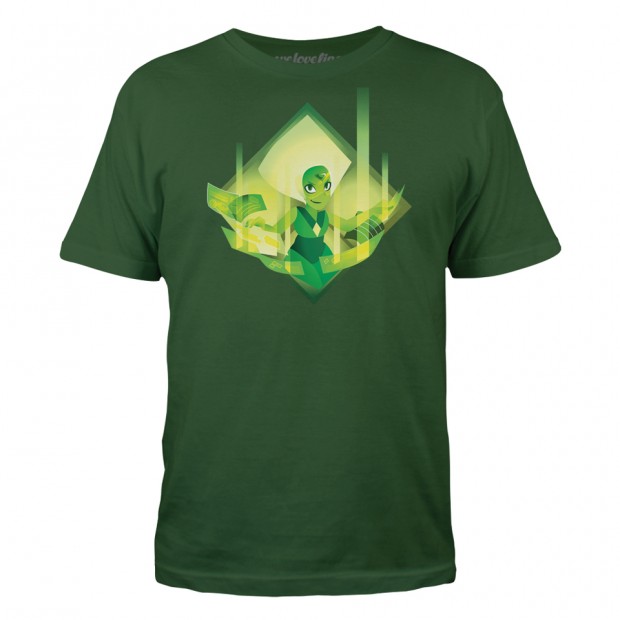