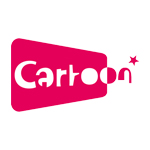 Premiere European pitching event for animated features Cartoon Movie took place last week in its new host burg of Bordeaux, France, welcoming 850 participants (up 14% from last year) from 41 different countries for its 19th edition. This year, 43 game companies were represented, as well as 221 buyers — including 125 distributors and sales agents.

The 55 pitch projects selected for the 2017 forum represented a diverse range of genres, production techniques and budgets (from 3 to 13 million euro). There were 17 projects in concept, 26 in development, 9 in production and 3 sneak previews. For the first time, projects from Georgia, Ukraine and Israel were in the mix. And the local region had a strong showing with 7 projects developed in Bordeaux and Angoulême under the aegis of the Pôle Image Magelis. Family comedies and kids’ adventure films remained the largest contingent, with 35 projects.

The 2017 Cartoon Tributes honors were swept by My Life as a Zucchini (Ma Vie de Courgette). Director of the Year went to Claude Barras; Distributor of the Year to Angel Films (Denmark); and Rida Prod. (Switzerland), Blue Spirit Prod. and Gebeka Films (France) were named Producers of the Year.

The next Cartoon Movie will take place March 7-9, 2018 in Bordeaux. See cartoon-media.eu for more event information.