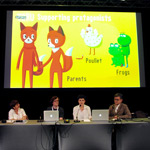 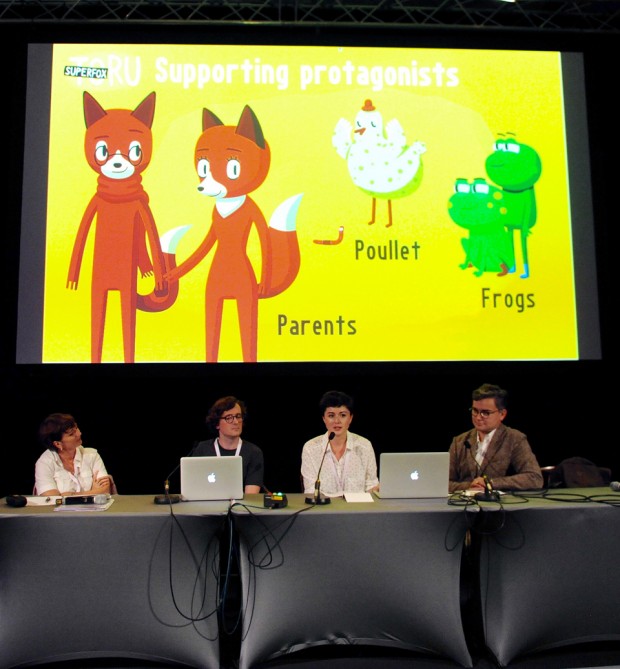 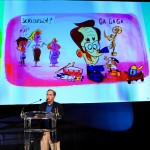 Each September, European animation producers, investors and broadcasters head over to the beautiful French city of Toulouse, located on the banks of the Garonne river, to attend the prestigious Cartoon Forum event (Sept. 11-14). Since its launch in 1990, over 700 animated projects have found financing at the Forum, so it’s easy to understand why each year more and more toon professionals are drawn to this special gathering.

In addition to the usual pitching sessions and screenings, the Forum will focus on one specific country, and this year it’s Poland and its 30 studios. “Since last year, we decided to put the animated projects of one special country in the spotlight,” explains general director Marc Vandeweyer. “The country’s professional association is fighting to pass a 25 percent tax credit law, which would strengthen its will to become a co-production partner, including partnerships in ambitious projects. The know-how of the Polish studios is widely recognized and their creativity has become increasingly contemporary and well in tune with our times.”

Vandeweyer says, as in years past, the projects and the creativity behind them are the stars of the Forum. “European producers dare to innovate in terms of modern and unusual graphic styles and deliver intelligent content for kids and new target groups such as young adults,” he notes. “These shows not only aim to entertain, but also push the envelope with their clever scripts.”

Commenting on the overall state of the European scene, Vandeweyer says he sees the animation industry as quite booming in many different regions of the continent. “The studios are working a lot,” he says. “They even have a shortage of animators. This sector has a great potential as the producers co-produce easily with other countries: They can adapt quickly to new technological developments, they sell their series and feature films all over the world. The European Commission in Brussels has consulted extensively to the animation professionals to create an ‘Animation Plan for Europe,’ which is quite ambitious and meets the needs of the sector. The animation professionals in the region are expecting a new impetus and focus to improve their success commercially and to make their industry stronger than it is today.”

Among the many projects that will be showcased at the Forum this year are:

Andrew Kavanagh, CEO and founder of Dublin-based Kavaleer Productions, is bringing Neenawsaurs, a new preschool show featuring a group of dinosaurs with sirens. He says, “I think we’ve got a fresh approach to story that kids will really love—all the stuff we’re not meant to do in preschool storytelling—tantrums, meltdowns and hissy-fits—they’re the triggers for a Neenawsaur emergency,” he says.

“This will be our eighth attendance at Cartoon Forum, so I think the fact we keep going back year on year speaks volumes about its efficacy for launching a show,” Kavanagh points out. “It’s also a great opportunity to check in with ourselves and figure out how we should be developing new properties for a content-landscape that’s shifting more rapidly than at any time in the 16 years that Kavaleer’s been in business. There’s no better way for an I.P.-focused producer to connect with the industry, and seeing so many great European shows launched is a great way for us to tap into the creative mainspring of content development on this continent.”

As Nima Yousefi, producer and director of Sweden’s Hobab studio, whose show Moonwolves debuted at Cartoon Forum last year, points out, “Having your content at Cartoon Forum will put it on the animation map to attract buyers and distributors to come on board the project. You also receive great feedback from the experts on how to continue to develop the program.”

Marie-Claude Beauchamp, president of Montreal-based CarpeDiem Film & TV is bringing her new animated series Snowsnaps (a TV spin-off of the studio’s Snowtime feature) to the Forum this year, after presenting it last fall for financing. “We are very pleased to offer the finished project to the Forum participants this September,” says Beauchamp. “Our presentation confirmed to us that buyers were appreciative of the boldness of our approach and that they would be there when series will be ready.”

Of course, one of the best things about Cartoon Forum is that when all is said and done, it is the quality of the pitched projects that make the difference. “It’s important to dare,” Vandeweyer notes. “The Cartoon Forum is a boutique event and is much more accessible to new producers than MIPCOM, for instance. At the Forum, only the quality of the project is important—not the size of the presenting company. Our event is perfectly designed for newcomers. If their projects are really good, they will be immediately in the spotlight.”

This story originally appeared in the October issue of Animation Magazine No. 273.