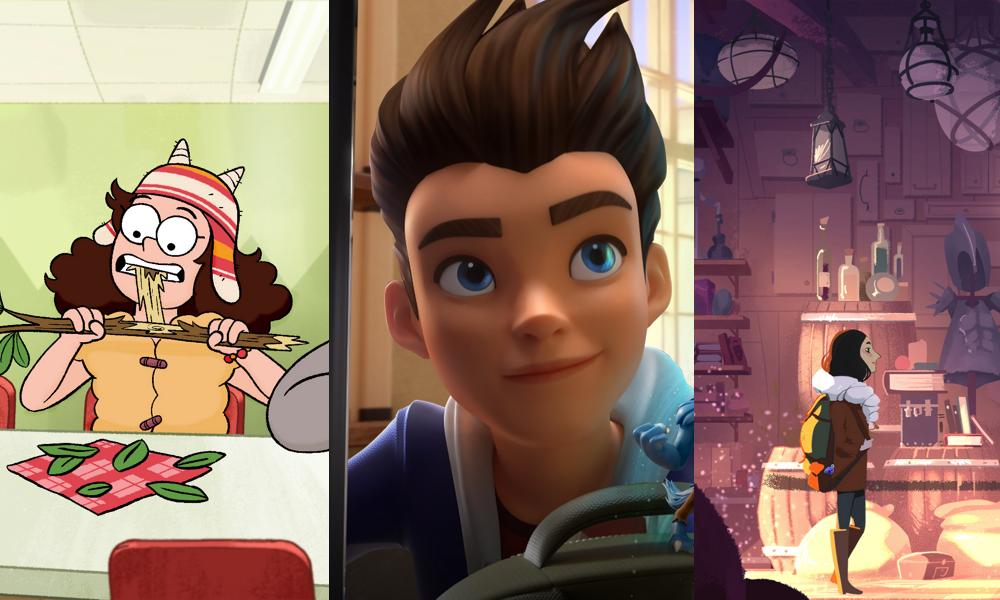 Goat Girl, Monster in My Pocket, The Upside Down River

This year’s virtual edition of European animated series co-production event Cartoon Forum — which offered extended access to recorded pitches for a whole month — came to a close Thursday. Organizers have revealed the final numbers for their very different, but very successful, 2020 efforts!

Projects from 22 European countries and six co-producing countries outside the region were showcased this year. France led the line-up with 31 projects, followed by Ireland (8), Denmark (6) and Spain (6), while Belgium, Finland, Germany, Italy and the U.K. participated with 3 projects each. Led by Denmark, the Nordic countries presence amounted to 11 projects, while 7 other projects hailed from CEE countries, showing a growing trend in the number of projects from these geographic regions.

Animation aimed at kids 6-11 continued to lead the Forum’s line-up, with 31 projects (39%), closely followed by series for preschoolers, which already account for the 35% (28) and largely focused on inspiring kids’ imagination while sharing values-based messages. Meanwhile, the number of projects aimed at Family Audiences (10), Young Adults (8) and Teenagers (3) remained stable. As for preferred technologies and techniques 67% of the projects relied on 2D animation and 20% on 3D CGI.

Users of Cartoon Forum 2020’s digital platform totted up 11,604 total views, with 850 registered participants — including 265 buyers — representing 43 countries. The top 10 projects which received the most interest between Sept. 15 and Oct. 15 were:

1. Goat Girl by Daily Madness Productions (Ireland) This is the story of Gigi, a 13-year-old girl who just happens to have been raised by mountain goats. But now that she’s a teenager, her Nanny and Billy think it’s time that Gigi spread her wings (er… horns?), so this year she will attend a boarding school and, for the first time in her life, spend time around actual people! 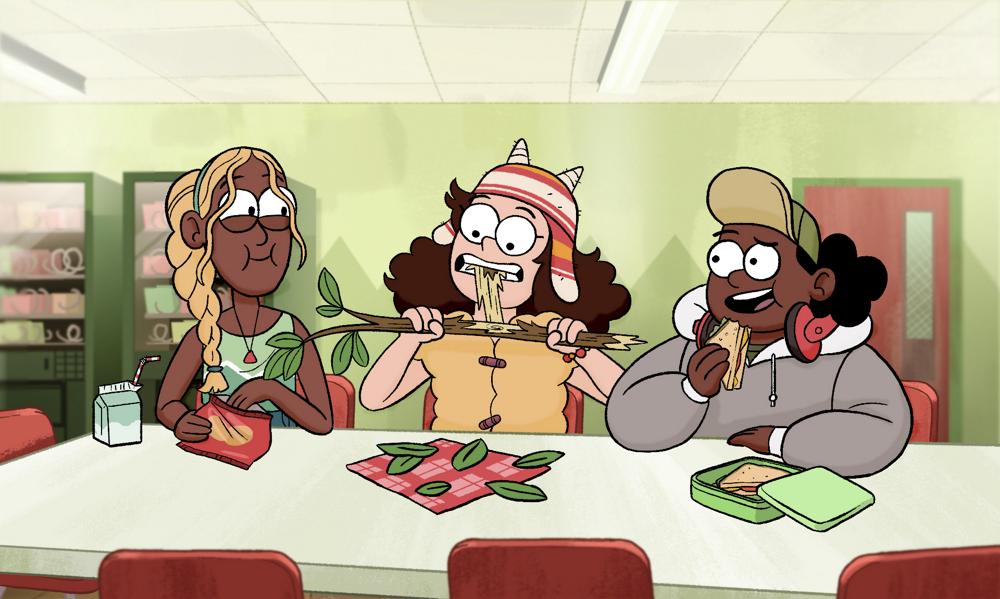 2. Monster in My Pocket by Cyber Group Studios (France) Dash, Zandra and Cole are a team of 12-year olds whose lives are turned upside down when they suddenly find themselves in charge of wrangling the most ferocious — and mischievous — monsters imaginable… which happen to be so small they can fit inside their pockets! 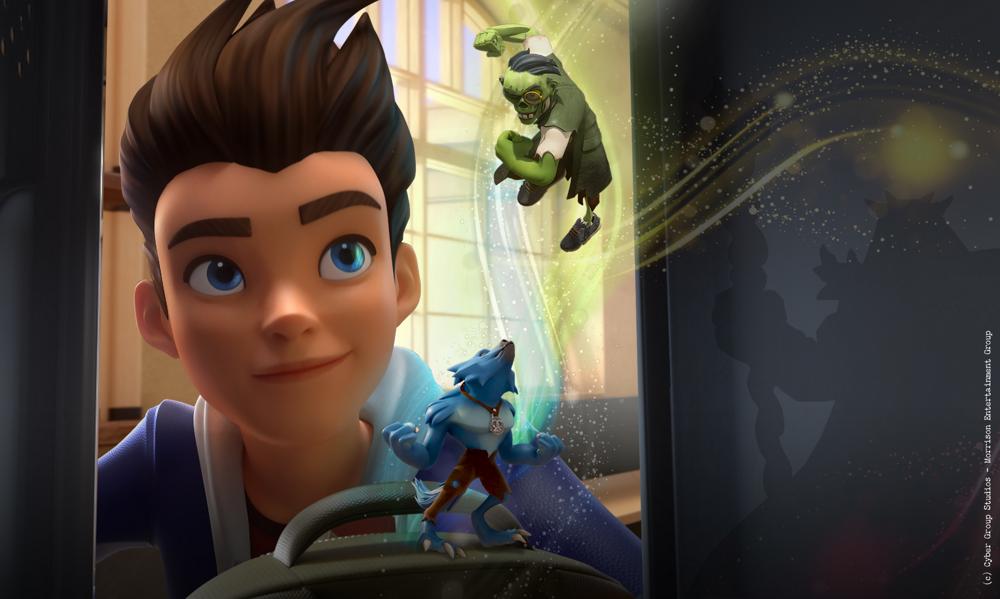 Monster in My Pocket

3. The Upside Down River by Dandelooo (France) Hannah wants to collect a drop of water from the Qjar River to save her bird; Tomek wants to conquer Hannah’s love. As the story unfolds, these two quests follow one another, overlap and finally complement each other. 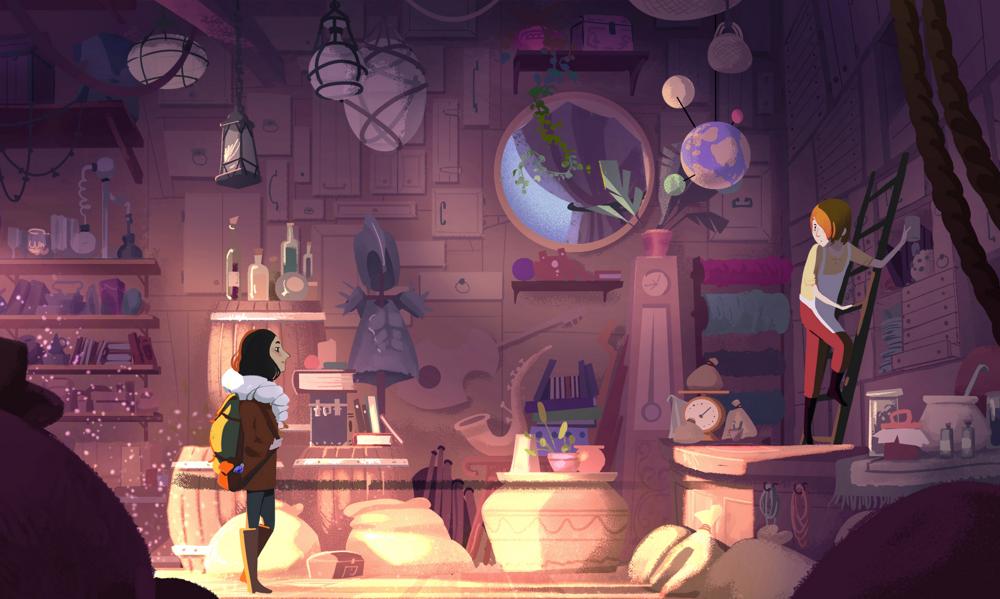 4. [TIE] Gemma & the Defenders by Xilam Animation (France) Gemma lives in the unusual world of the board game “Folks” as a spare piece from a different game. While welcomed into this charming community, she struggles to fit in and learn the rules. But when an evil conqueror joins the game, Gemma’s ability to think outside the box saves the day. 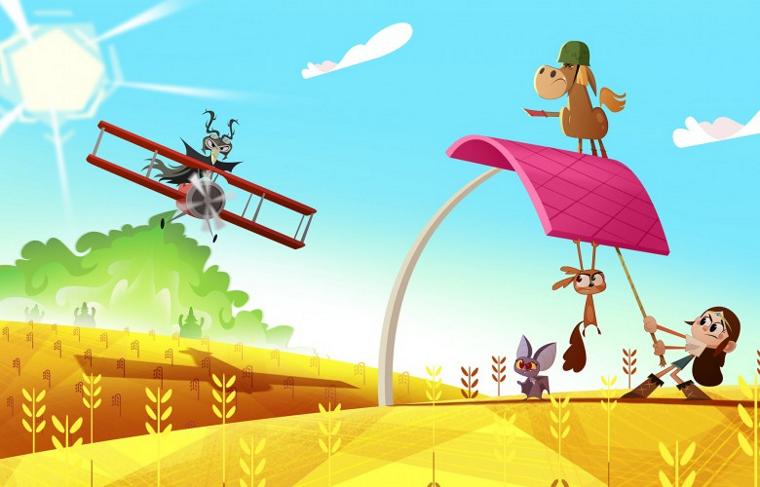 Gemma and the Defenders

4. [TIE] Tiny Island by TeamTO (France) Tiny is an island who has two best friends: Dee Dee, who encourages Tiny to see the world, and Rocco, who really did not want to leave their ocean home at all! But since Rocco lives on Tiny, he comes along, too. 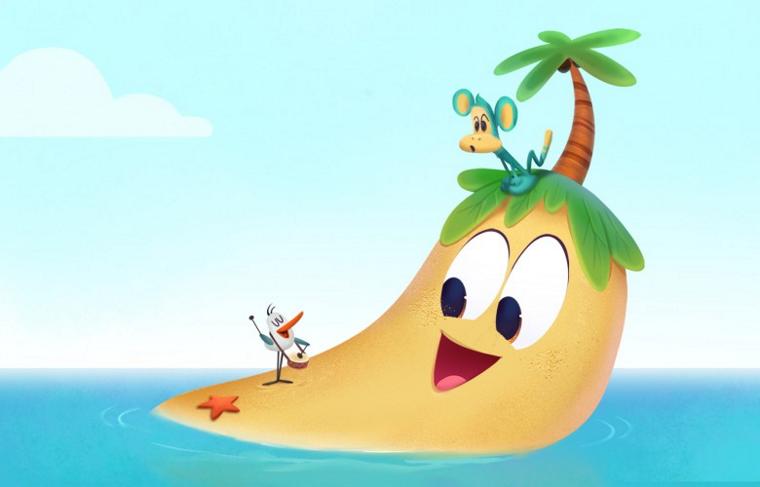 5. [TIE] Alex Player by Bee Prod (France) An Esports series with non-stop thrills, fun, passion and laughs on and off the gaming screen. Follow Alex and his gaming crew — team Mongoose — as they balance training, school, homework and competition as the world’s most mismatched combo. 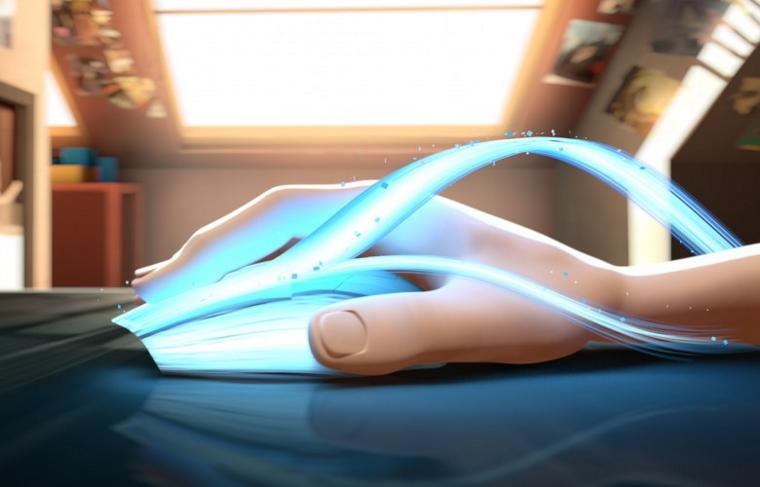 5. [TIE] Wonder Waï by Ellipsanime Productions (France) Careful observers of the world around them, junior scientists Aya, Karim and Lea are always on the lookout for new discoveries. And actually, they have recently noticed strange phenomena taking place in town, which have no plausible explanation… 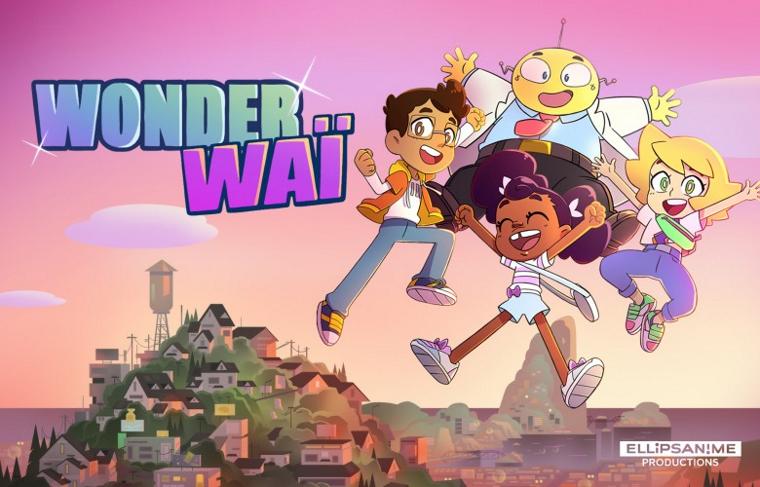 6. Hanna & Nana by JAM Media (Ireland) When Nana collects Hanna from school in her little orange car (Buggie) and they’re interrupted by a call from the Wild, Nana flicks a switch and Buggie sputters into action to go help an animal in need! 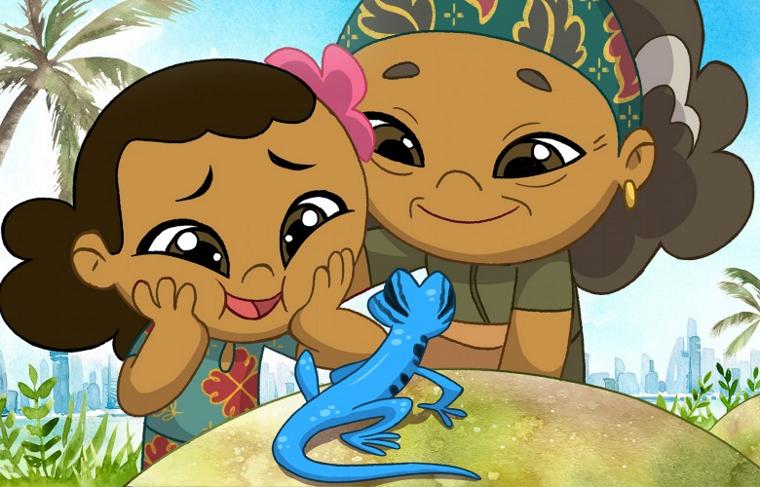 7. Hey Fuzzy Yellow by Toon2Tango (Germany) A show like you haven’t seen before. It’s an unconventional curriculum-designed show to equip children with 21st century skills and an approach that mirrors the parenting values of Millennials, with lots of music and laughs. 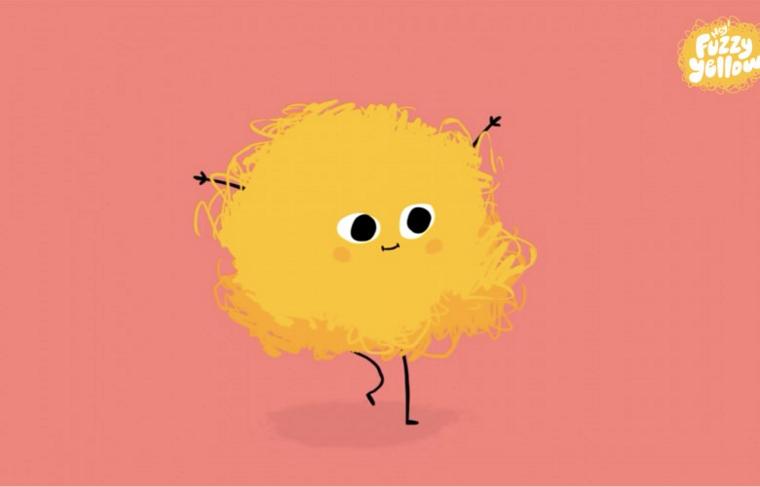 8. PriZOOners by Tchack (France) Zack & Jack are monkeys who think they’re humans. They find themselves locked up in a zoo by mistake (they think) and try to escape by coming up with the most unlikely and extraordinary plans, all invariably doomed to failure. 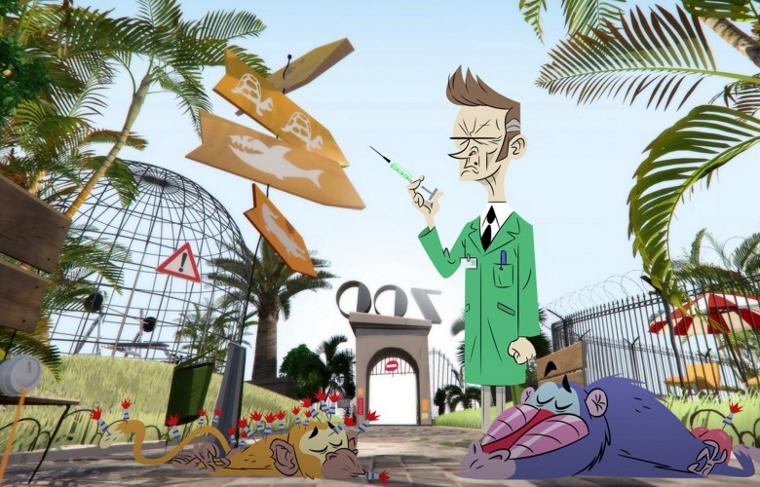 9. Rowbot (a.k.a. Atla5) by Dwarf Entertainment (France) When 13-year-old robot pilot and BattleBots fanatic Alex gets his hands on an advanced AI known as Atlas, he hopes they’ll become an unbeatable team. But powerful forces seek Atlas’s power for themselves… 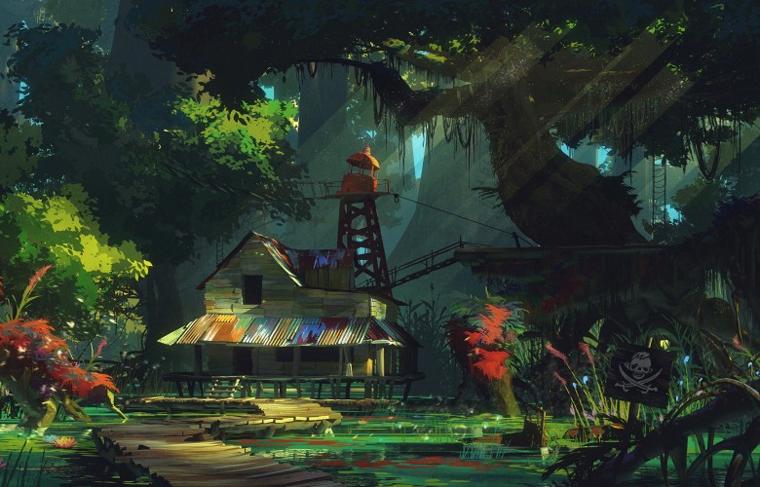 10. Chaos Castle by Oddbod Creations (United Kingdom) A fun-loving, adventure-seeking girl called Gogo lives in an ever-expanding castle where strange new creations are appearing all the time. Giddy Gogo loves to involve the other castle folk in her madcap ideas, but a miserable magician called Claydini is always out to spoil their fun. With the help of her faithful blobby sidekick and castle family, Gogo solves a new peculiar problem every episode! 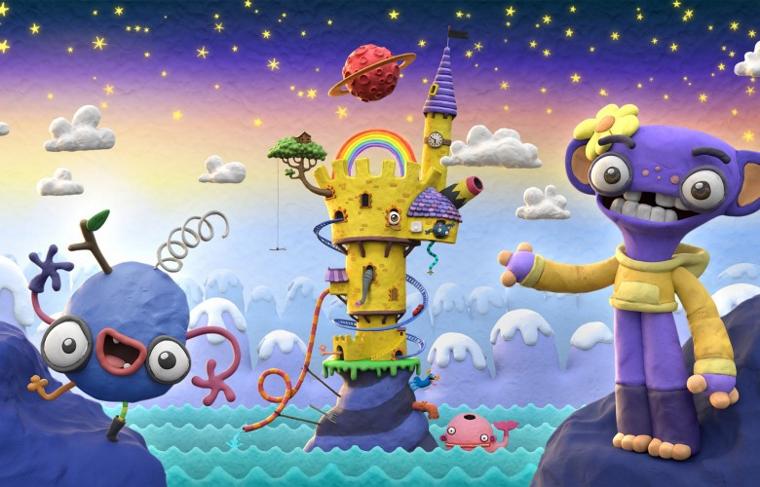