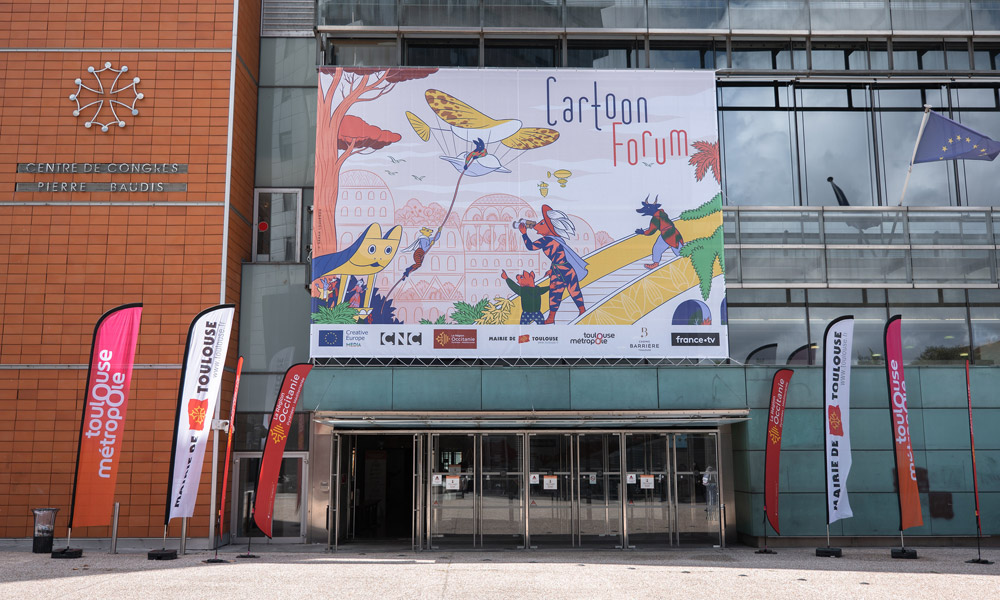 In 2021,1,018 professionals (867 in Toulouse, 151 online) from all over the world – including 267 buyers – were able to get to know the next generation of European animation series. Following the onsite event, Cartoon Forum activities continued online until October 15 with Catch-up sessions, a follow-up activity open to all participants, including those that were unable to travel to France.

Complying with the current health measures, the opening of the 32nd Cartoon Forum was celebrated on September 20 with a welcome dinner held at the Pierre Baudis Convention Centre, a long-awaited reunion after last year’s break due to the health crisis. Welcoming words were made by Annick Maes (General Director of Cartoon), Jean-Luc Moudenc (Mayor of Toulouse and President of Toulouse Métropole), Claire Fita (Vice President in charge of Culture at the Occitanie Region), Olivier Henrard (General Director of the Centre National Du Cinéma et de l’image Animée (CNC), and Luis Chaby Vaz, President of the Board of Directors of the Institute of Cinema and Audiovisual of Portugal (ICA), this edition’s Spotlight country. 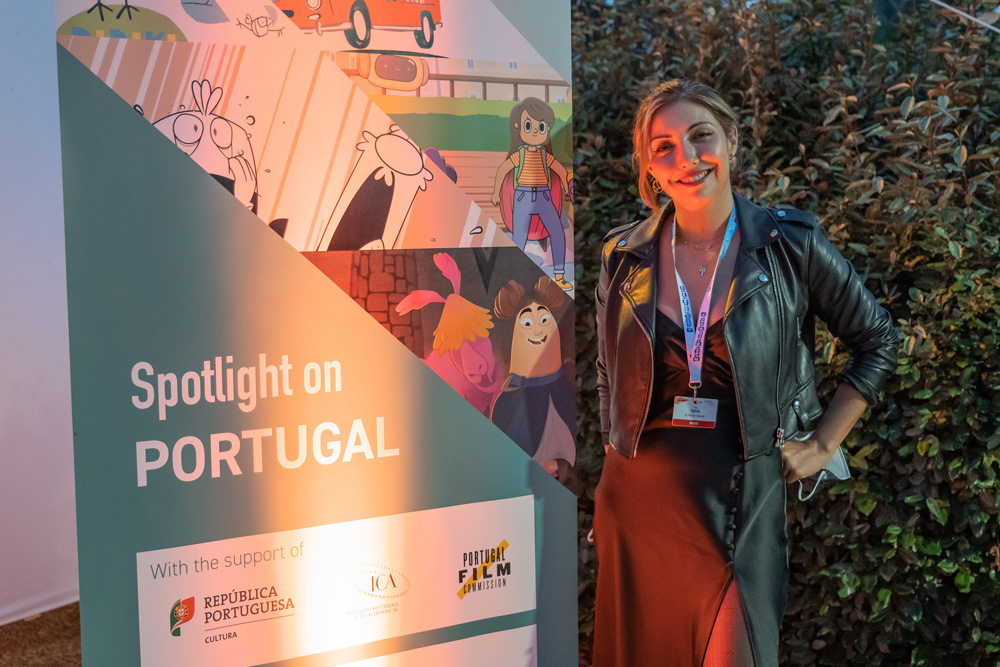 Noticeable trends among this year’s selection, comprising 84 projects from 21 countries representing a total budget of 326.1M€, include increasing titles aimed at preschoolers (49%, 41 projects) and young adults/adults (17%, 14 projects); the dominance of 2D animation in Europe (56%) and steady growth of 3D (28%, vs. 20% last year). A number of projects featured female leads, with prominent themes including ecological concerns, diversity and inclusion. Projects based on publishing titles and animated documentaries were also noted. 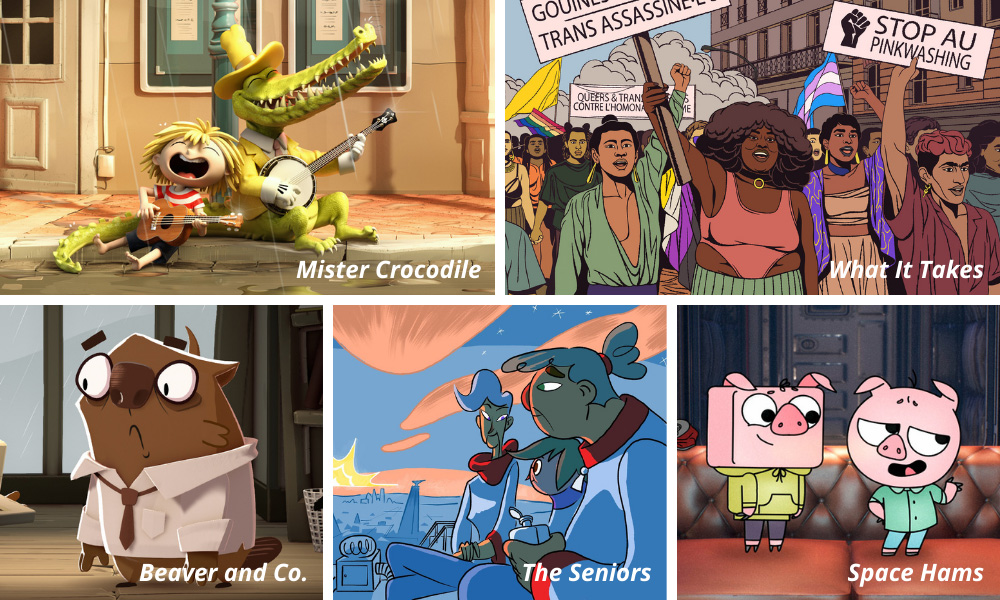 Having crunched the numbers, Cartoon Forum further reveals the projects presented by new producers that made the biggest splash:

Both What It Takes and Space Ham have previously participated in Cartoon Springboard, the pitching event for new talents annually held in Valencia, Spain since 2019.

As the Spotlight country, Portugal took center stage at the 32nd Cartoon Forum. With a delegation led by the Institute for Cinema and Audiovisual (ICA) and the Portugal Film Commission (PFC), the country featured five projects at the Forum:

Throughout the event, participants had the opportunity to learn about Portugal’s main animation production companies and the economic incentives they offer to produce and co-produce in their territory. The country also hosted some social activities, including a farewell dinner at Le Manoir du Prince. 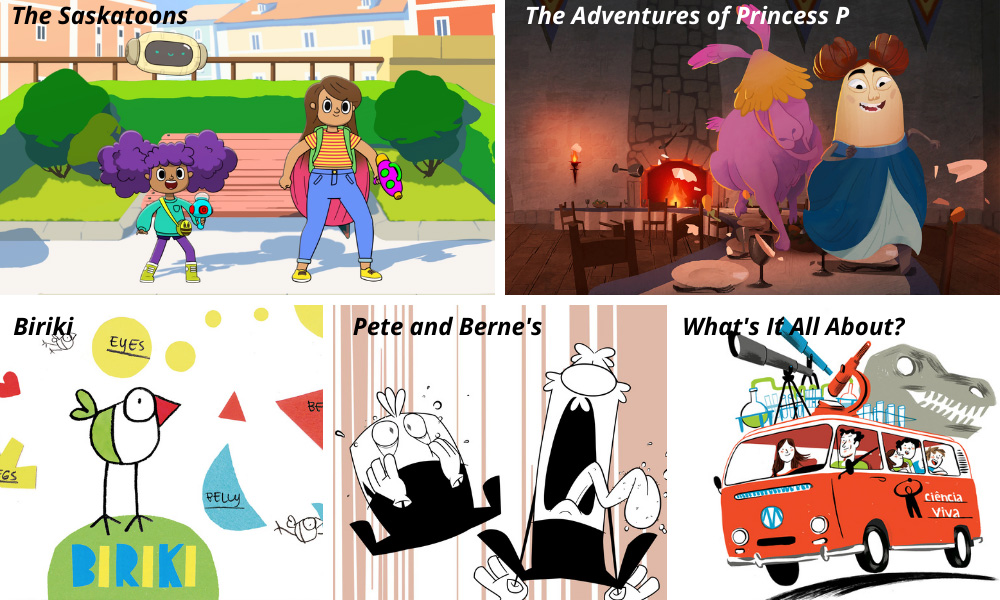 Beyond the pitches and parties, upcoming animation professionals enjoyed their own space in Cartoon Forum’s Coaching Program, which gives students from animation schools, based both in the region and in the Spotlight country, the possibility of discovering the animation industry from the inside. Cartoon Forum also helped with the organisation of Les Toons Débarquent!, a festival organized by the association ACREAMP to celebrate the richness of animation in Toulouse and Occitanie.

As announced during the show, the 2021 Cartoon Tributes winners — as voted by professionals registered for the Cartoon Forum — were Belgium’s Ketnet-VRT (Broadcaster of the Year), France’s MIAM! Animation (Distributor/Investor of the Year) and TAT Productions (Producer of the Year).