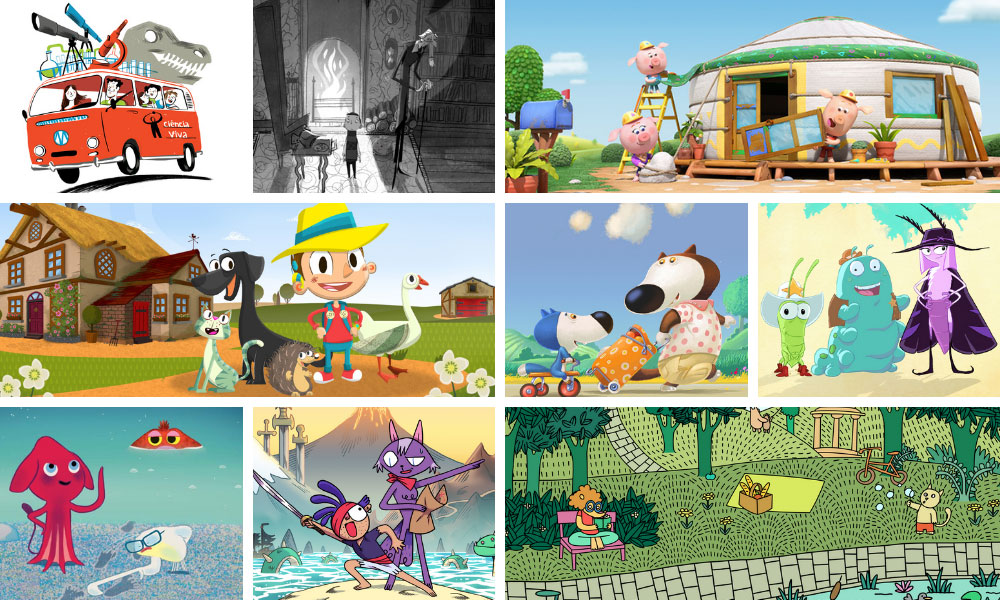 This month’s Cartoon Forum event in Toulouse introduces a rich collection of animated gems from around the world.

Everyone is being cautiously optimistic about the 2021 edition of the much-anticipated Cartoon Forum event in Toulouse, France. The pitchfest, which is scheduled to take place live in the metropolitan city September 20-23, brings together animation industry pros to learn about 84 new TV series, miniseries and special projects. Overall, 21 European countries are involved in the projects. Thirty-seven percent of the projects (31) are co-productions between two or more European countries, and only one non-European country, Canada, participates as a co-producer. 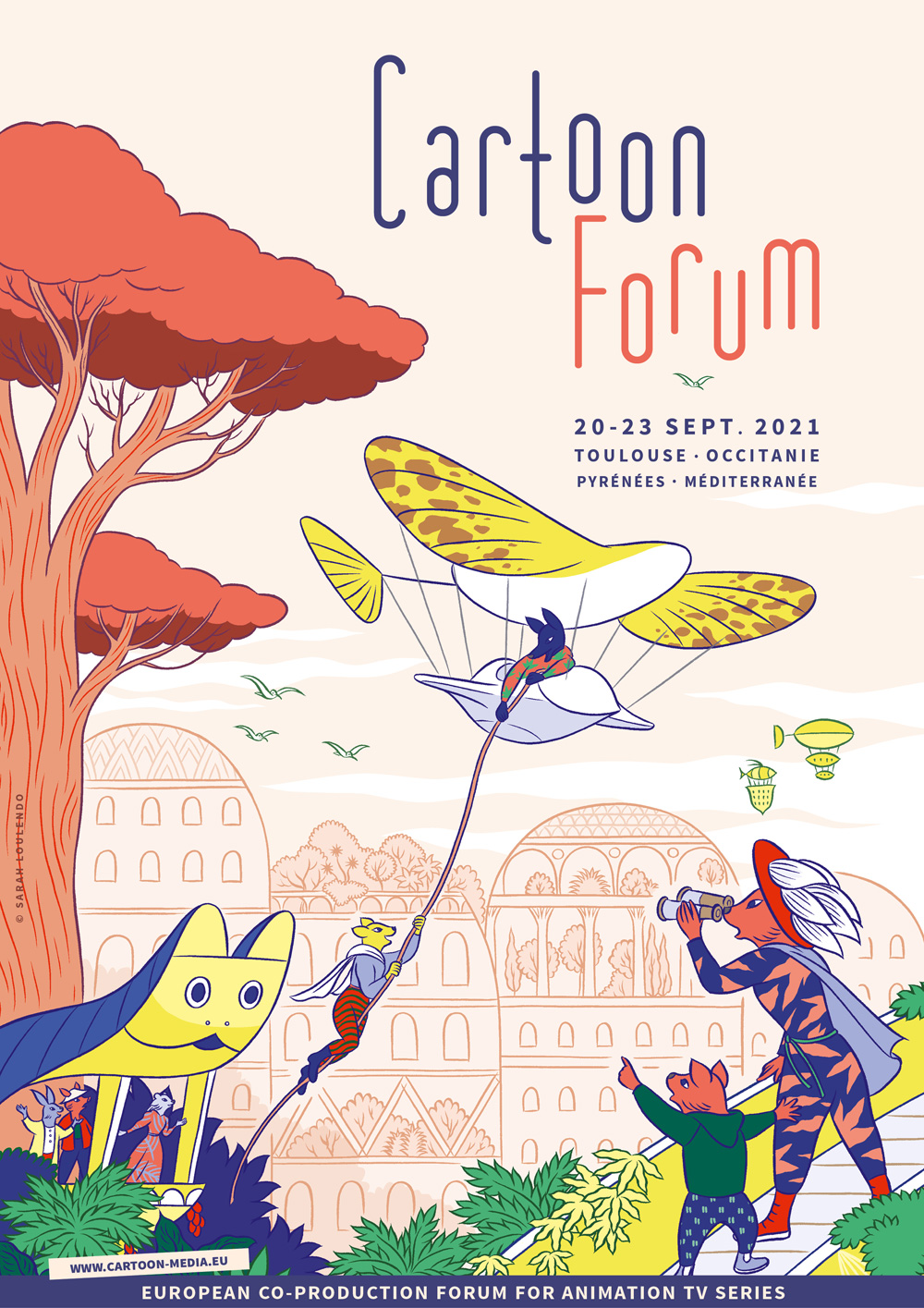 Among the interesting stats for ’21: 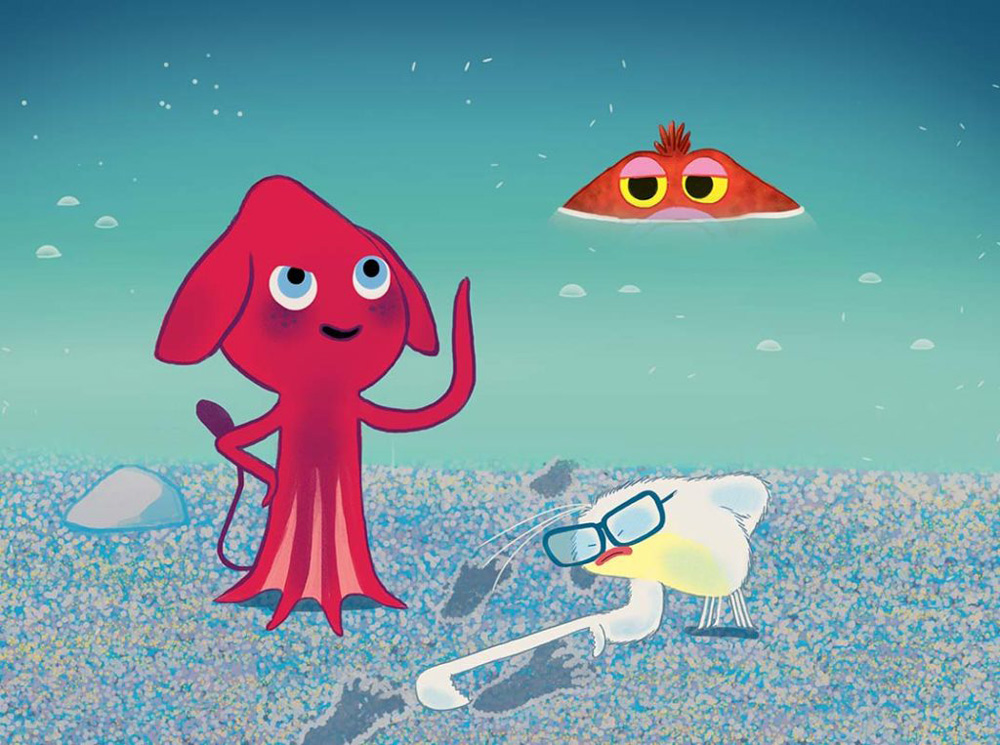 Abyss: Very Special Case Unit. France’s well-known studio Les Armateurs offers a new 52 x 13′ show that stands out thanks to its great design (Marc Boutavant) and clever premise (Valérie Magis and Charlotte Joulia) and direction (Luc Vinciguerra). The pitch, according to studio co-CEO Marion Delord goes something like this: “An X-Files for children meets Scooby-Doo of the seas! The truth lies below the surface.” Yes, we want to know more! 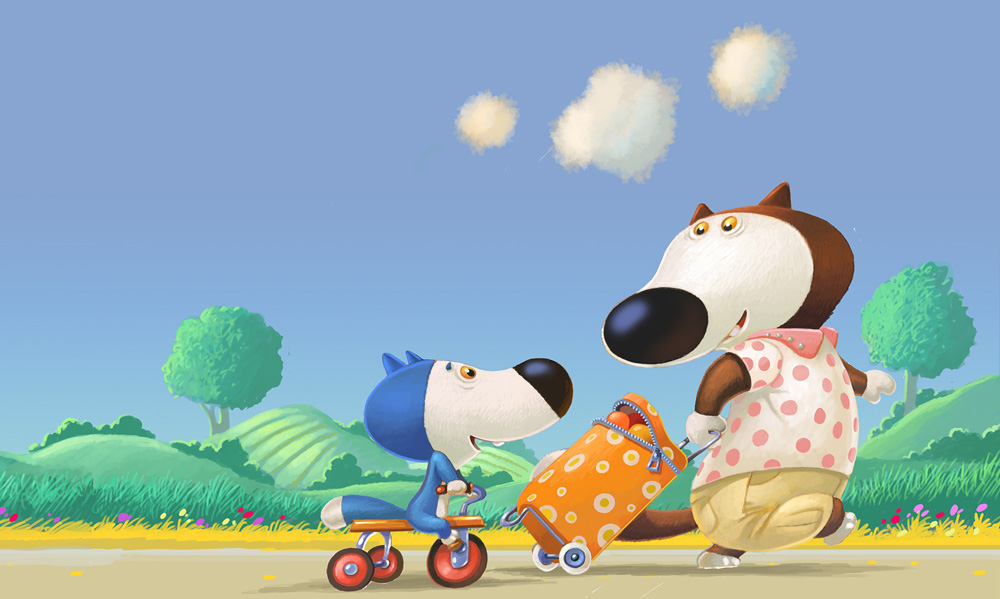 Blue Wolfie. French studio Label Anim is back at the Forum with this 78 x 7′ preschool show based on the book by Daniel Picouly and Frédéric Pillot. Producer Thibaut Chatel explains, “Our hero, a young, tiny, cute wolf, lives both in the real world and in his imagination. We follow his adventures from the cozy nest of home to the discovery of the outside world. This preschool show goes back and forth between everyday life and a fantasy world.” 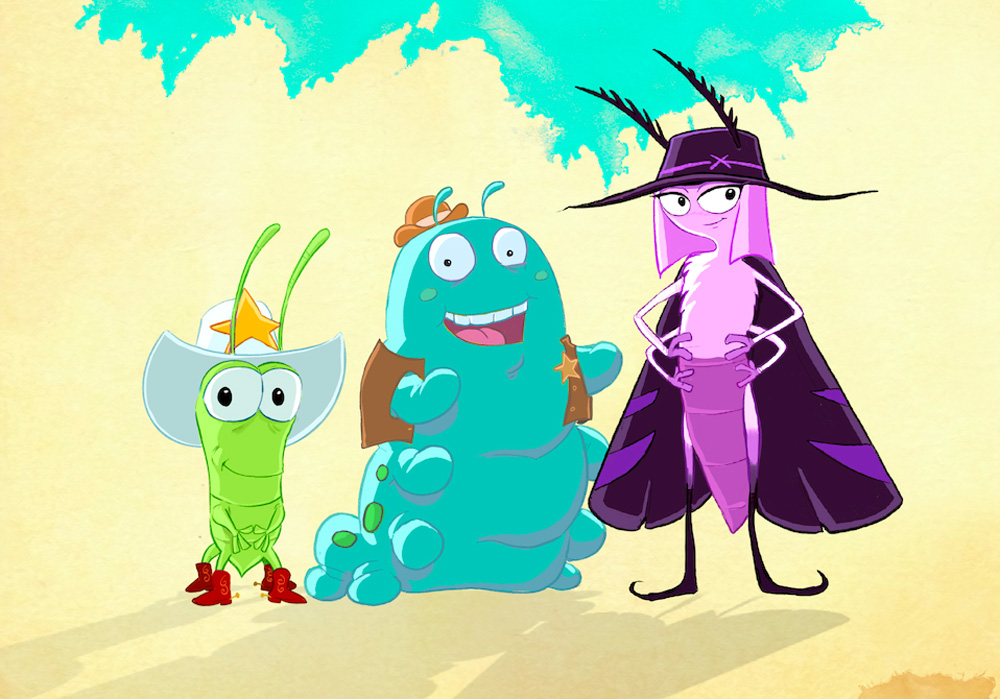 Bugs ‘n Bandits. This fun 52 x 11′ 2D show from German shop Wolkenlenker follows the adventures of Dave the cricket, Robin the caterpillar and Susan the moth, who live amazing lives in a heap of trash. “We want to bridge a gap between generations by producing hand-drawn 2D animation and genre tropes from the ’30s to the ’90s, which will be parodied through a modern lens. The show is a love letter to the classic Italian and American Western movies, crossed with modern cartoon humor and absurdity,” says development director Herbert Gehr. 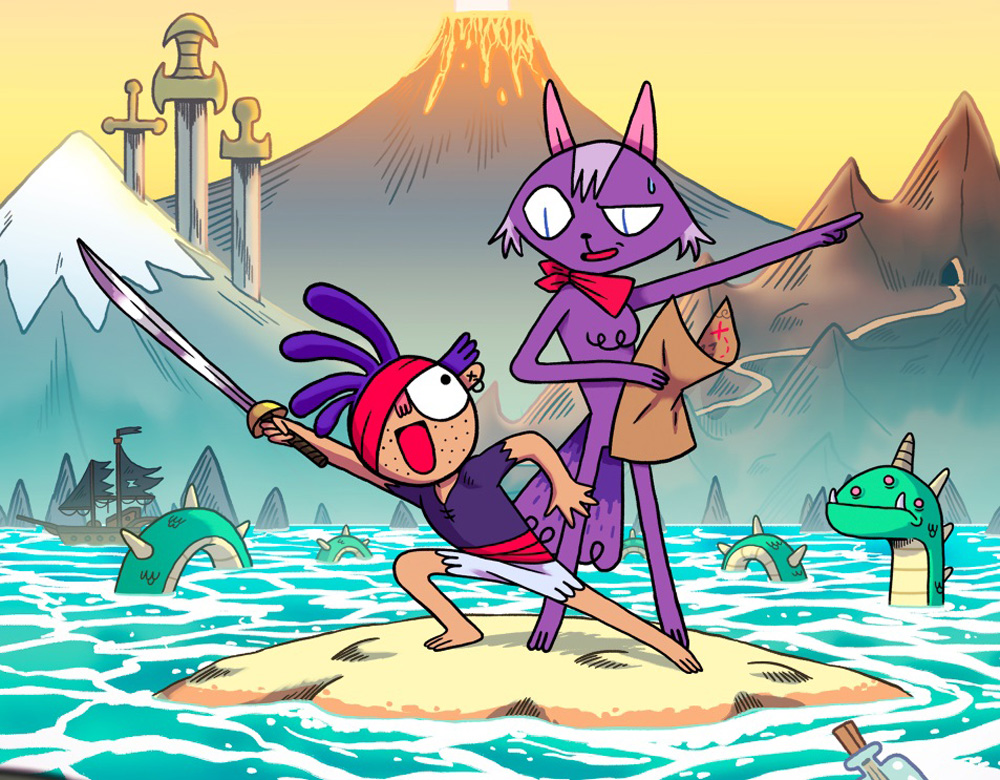 Cap n’ Cat. Ireland’s Cardel studio is presenting this clever new 24 x 11′ 2D show about an eccentric pirate and a determined fisherman who have to learn to work together as they sail through the pirate-infested sea of Redfoam. Show creator Katarina Lundquist points out, “At its core, our show is a story about growing up and learning about the world around you as well as yourself. It’s about accepting the fact that you sometimes have to leave things in your past to become a better person — even though it’s hard to do so. Another big theme is acceptance and the joy of meeting new people!” 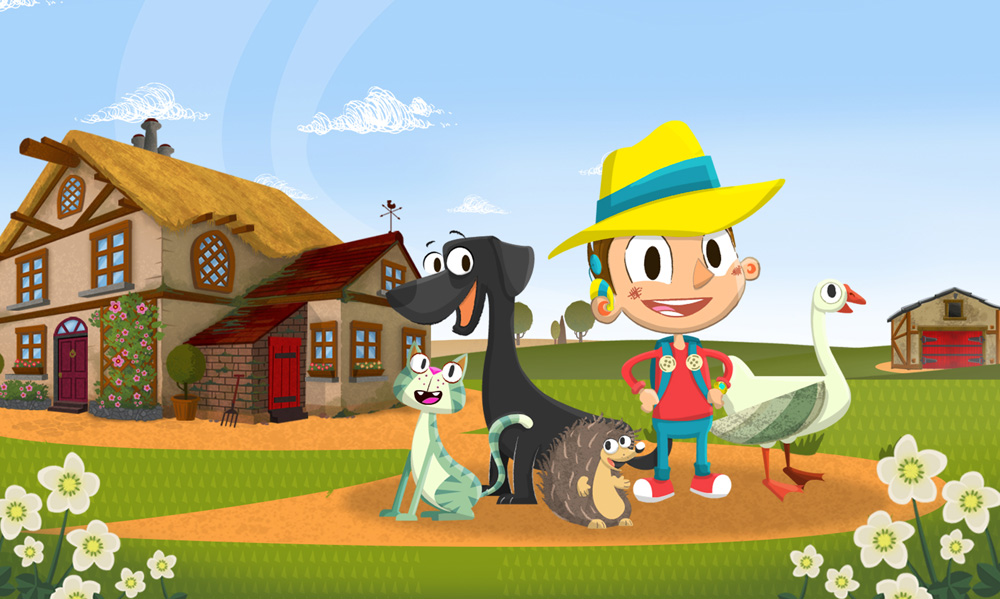 Freddy Buttons Wacky Mysteries. This charming 26 x 7′ kids’ show from Ireland’s Treehouse Republic centers on a young boy detective who investigates mysteries with the aid of his team of animal friends. Creative director Graham Holbrook tells us, “The show is based on a successful children’s book series by Fiona Dillon of Tumbledown Media. We fell in love with Freddy and his team of investigators and we can’t wait to bring them to the screen!” 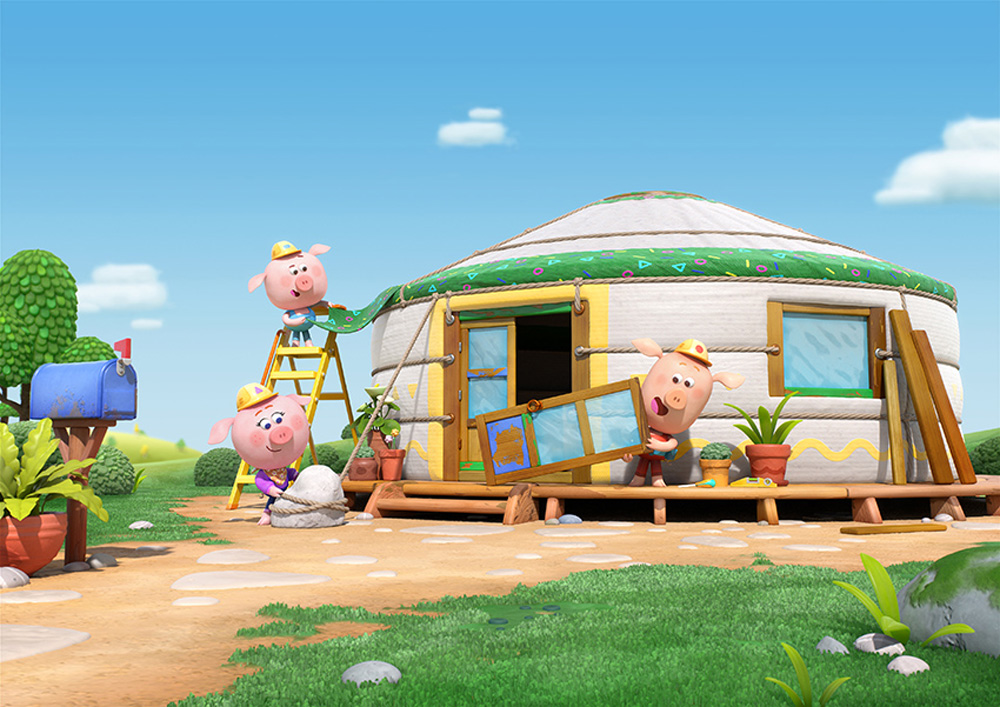 Piggy Builders. Popular French studio Xilam Animation is back on the scene again with this 52 x 11′ show about the cute porcine siblings Cesar, Charlie and Cornelia, who are known throughout the entire forest for their amazing DIY and house-building talents. As the show’s producers share with us, “Building and decorating houses is heaps of fun! The creator of the show, Marie Manand, has a love of architecture, DIY and interior design, and she shared her passion for all three with our entire creative team. In preparation, we also watched many house makeover shows, and were inspired by our research into sustainable building processes.” 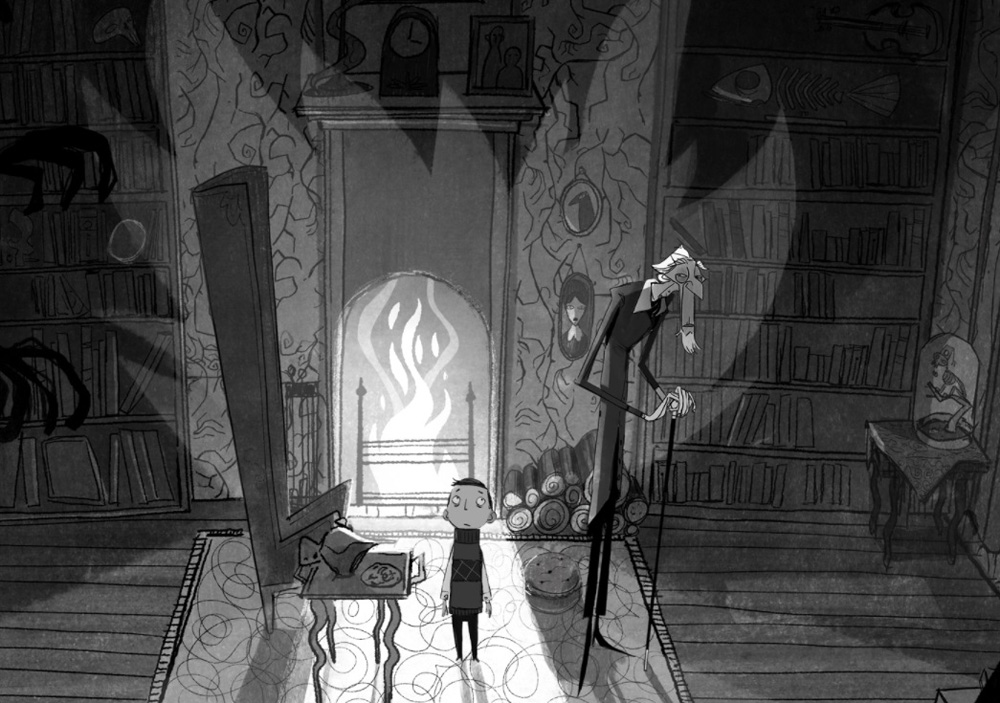 Tales of Terror. Ireland’s Dream Logic and U.K.’s Lupus Films have joined forces on this interesting project, which is based on Chris Priestley’s best-selling book Uncle Montague’s Tales of Terror. The 10 x 11′ 2D-animated project is about an 11-year-old boy named Edgar who loves to visit his enigmatic uncle in his nearby Victorian mansion and listen to his spooky stories. 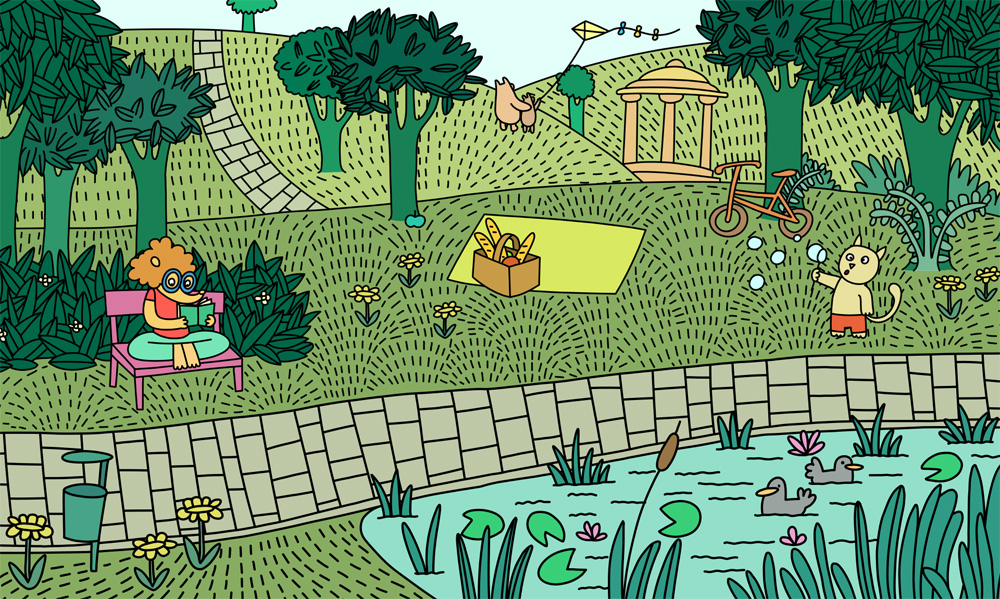 Welcome to Mamoko. This lovely 26 x 6′ preschool toon from the folks at Polish studio Pigeon follows the misadventures of a group of animal pals, based on the popular books by Aleksandra and Daniel Mizielińscy. The studio’s CEO and creative producer Mateusz Kowalczyk tells us, “The show has a unique visual style, vivid colors and unique patterns and intriguing voices of each character. It’s a story full of abstract humor and simple but important values: about respecting and paying attention to others, about living in a local community, about treating people with kindness, friendliness, empathy and helpfulness, as well as about the fact that sometimes fun is more important than rules.” 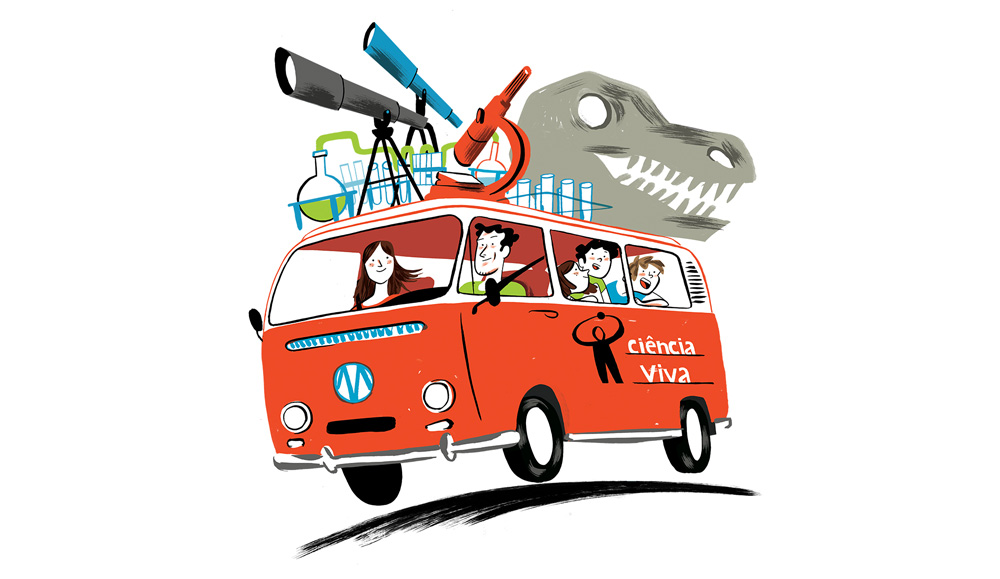 What’s It All About?

What’s It All About? Portuguese studio Take It Easy‘s 52 x 11’ show revolves around a family that travels in their special van, discovering the wonders of the world that surrounds us. The parents and three kids are all in love with science and have the most incredible adventures, from the depths of the ocean to the starry skies. “Science is the main inspiration for our show, at a time when it’s more important than ever,” says producer Maria Manuel. “As the world talks about pandemics, climate change and even ‘fake news,’ we’ll help the younger generations to understand the importance of science and to learn more about it through an entertaining and funny show.”

To register, find more information and view all of the selected projects, visit cartoon-media.eu/cartoon-forum.