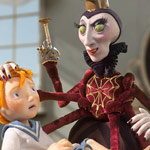 Cardiff Animation Festival has announced its full schedule for the 2018 edition, running April 19-22. In addition to previously announced highlights, the program has been updated with more special screenings and informative events for both enthusiasts and professionals.

Festival Passes and individual tickets can be purchased at cardiffanimation.com, where you can also find the complete daily schedule.

One of the recently added can’t-miss screenings is Wes Anderson’s eagerly awaited new stop-motion feature, Isle of Dogs, as well as an exclusive Q&A with some of the talented team members who helped bring the film to life (details to come). There will also be a “Carry on Screaming” showing on Friday morning for parents and carers with very young, potentially fussy children.

Those interested in the CAF Industry Day (passes available now) will find a schedule of useful engagements for professionals, those looking to jump-start their careers and people looking to break into the biz. Kicking off with a keynote from Bob Ayres — head of TrueTube, which received a record-breaking seven nominations at the recent BAFTA Children’s Awards — the day’s program will include Afternoon Tea with the Children’s Commissioners, giving delegates a rare opportunity to learn how to pitch to TV networks and market independent short-form content, and a chance to sign-up for one-on-one sessions with the commissioners and other pros; a Licensing and Distribution panel with Alison Taylor (Aardman Rights) and Helen Howells (HoHo Entertainment); and plenty of networking opportunities.

Complementing the already announced pre-UK-release screening of Nora Twomey’s The Breadwinner, Cartoon Saloon’s Mark Mullery will hold a masterclass taking audiences behind the scenes of the Oscar-nominated feature. It has also been announced that the BTS presentation on Chuck Steel: Night of the Trampires by director Mike Mort will be joined by art director Bridget Phelan, exec producer Randhir Singh and animator Laura Tofarides.

Upcoming European stop-mo co-pro Captain Morten and the Spider Queen — which was one of this year’s Cartoon Movie selections — will be explored in a talk by co-director Henry Nicholson, head of puppets Emily Nicholson and producer Robin Lyons, who will discuss how they navigated the cross-continental project between the stop-motion talent of Telegael (Ireland), Nukufilm (Estonia) and Grid VFX (Belgium). The heartwarming family adventure will have a theatrical release in Estonia this summer.

For those looking to hone their skills, internationally recognized artist Jac Saorsa will lead a Life Drawing for Animators workshop, suitable for animators, students, hobbyists — and anyone interested! 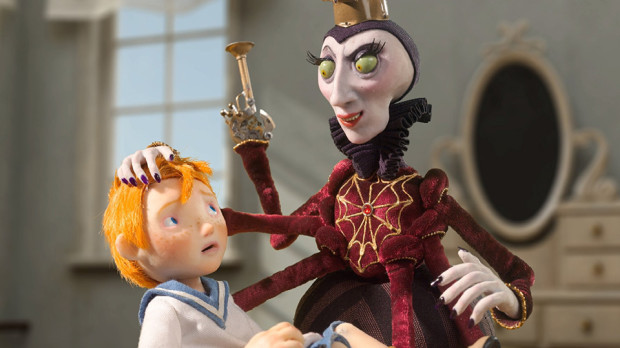