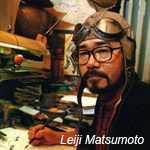 Leiji Matsumoto, the acclaimed creator of the manga Captain Harlock, was honored with the French Order of Arts and Letters on October 23rd for his series’ influence on French popular culture. The ceremony took place at the French Embassy in Tokyo.

Born in 1938, Matsumoto drew his first manga at the age of five. He began his career in 1954 with his comic strip Hachimitsu no Boken which earned him the Best New Writer prize for a long narrative, in the first Manga Shônen awards ceremony. His first success came in 1971 with Otoko Oidon, followed by Galaxy Express 999 which was adapted for television and film. His works recount a journey of discovery with space and science-fiction themes as a backdrop. The following year, he won the Kodansha Cultural Prize, in the child manga category.

Reputed for his sci-fi tales, he has also experimented in other genres: comic strips about animals, war stories or shôjo manga, for young girls. As Executive Director of the JCA (Japan Cartoonists Association), he also heads up their copyright department and has a seat on the Takarazuka University of Fine Arts’ council. More recently, his work on the French group Daft Punk’s music videos helped him to reach a wider worldwide audience. 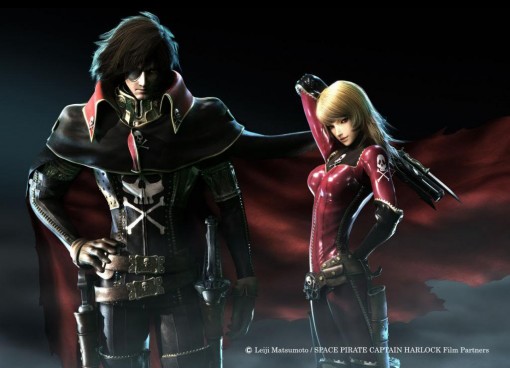 Currently, Matsumoto is working on the upcoming remake of Captain Harlock for the big screen. For this new movie, which is titled Space Pirate Captain Harlock and will be released in 2013, some of the most talented artists in the world are working together in Japan to offer a new take on the classic manga.