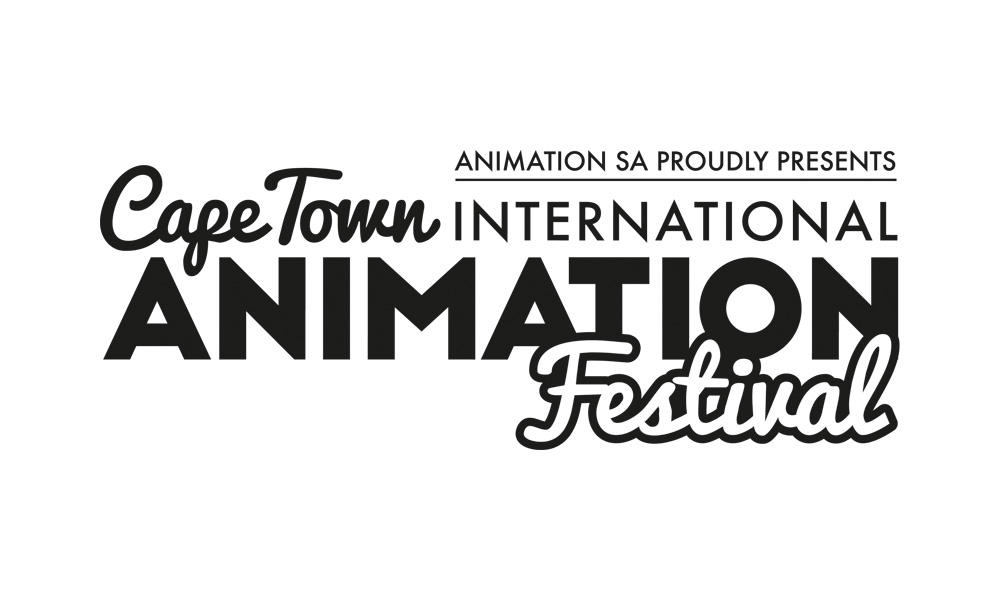 The Cape Town International Animation Festival (CTIAF), presented by Animation SA, will hold its 9th edition from October 1 to 3 both online and in person at the Old Biscuit Mill in Woodstock. The largest dedicated African animation festival on the continent, CTIAF ’21 is planning an exciting hybrid program of talks, workshop, screenings, producer meetings, business-to-business sessions and more, providing an opportunity to engage with global industry leaders, shine a spotlight on African talent and create a platform for connections and sharing of knowledge between local animators and their international counterparts.

This year, CTIAF will also be presented with the Comic Con Cape Town Pop-up event, in partnership with the City of Cape Town. On Saturday, October 2, enjoy activities such as cosplay competitions, the popular Comic Art Drink & Draw & Sketch-off competitions and Pop Culture Quiz Sessions. CTIAF and the Comic Con Cape Town Pop-up will be compliant with all government and COVID-19 regulations, as the health and safety of fans and participants remain of paramount importance.

“We’ve searched the globe to bring you the best of the animation industry and are proud to present the best of Africa to the world. We were unable to host our annual event last year, but the South African industry has continued to thrive on the international stage,” said CTIAF Festival Director Dianne Makings. “CTIAF showcases Africa’s animation talent under one roof and understands the challenges, needs and opportunities of the African animation industry. We also want to help explore how we bring undiscovered African stories alive through colourful narratives. We can’t wait to gather, online and in person, our stellar line up of international and South African delegates to share their knowledge, engage in workshops, provide opportunities to have your portfolio reviewed, and so much more.”

The Women Transforming Animation Program is a series of lectures, discussions, masterclasses, and networking events all aimed at helping women connect and create new networks with industry veterans and leaders. WTA throws a spotlight on women changing the landscape of the animation industry. In partnership with Reel Stories / BAVC Media, WTA provides training and upskilling resources and opportunities during the Festival and throughout the year.

Netflix will also present online lounges for portfolio reviews, local animators and other creatives who will have the opportunity to engage directly with talent recruiters from Netflix.

“We are proud and honored to announce this new association with Netflix and look forward to hosting their team members as part of our online programme,” said Makings. “Their online portfolio review lounges are an incredible and rare opportunity for animators to engage directly with representatives from Netflix, and have their African stories connected to a global stage.” 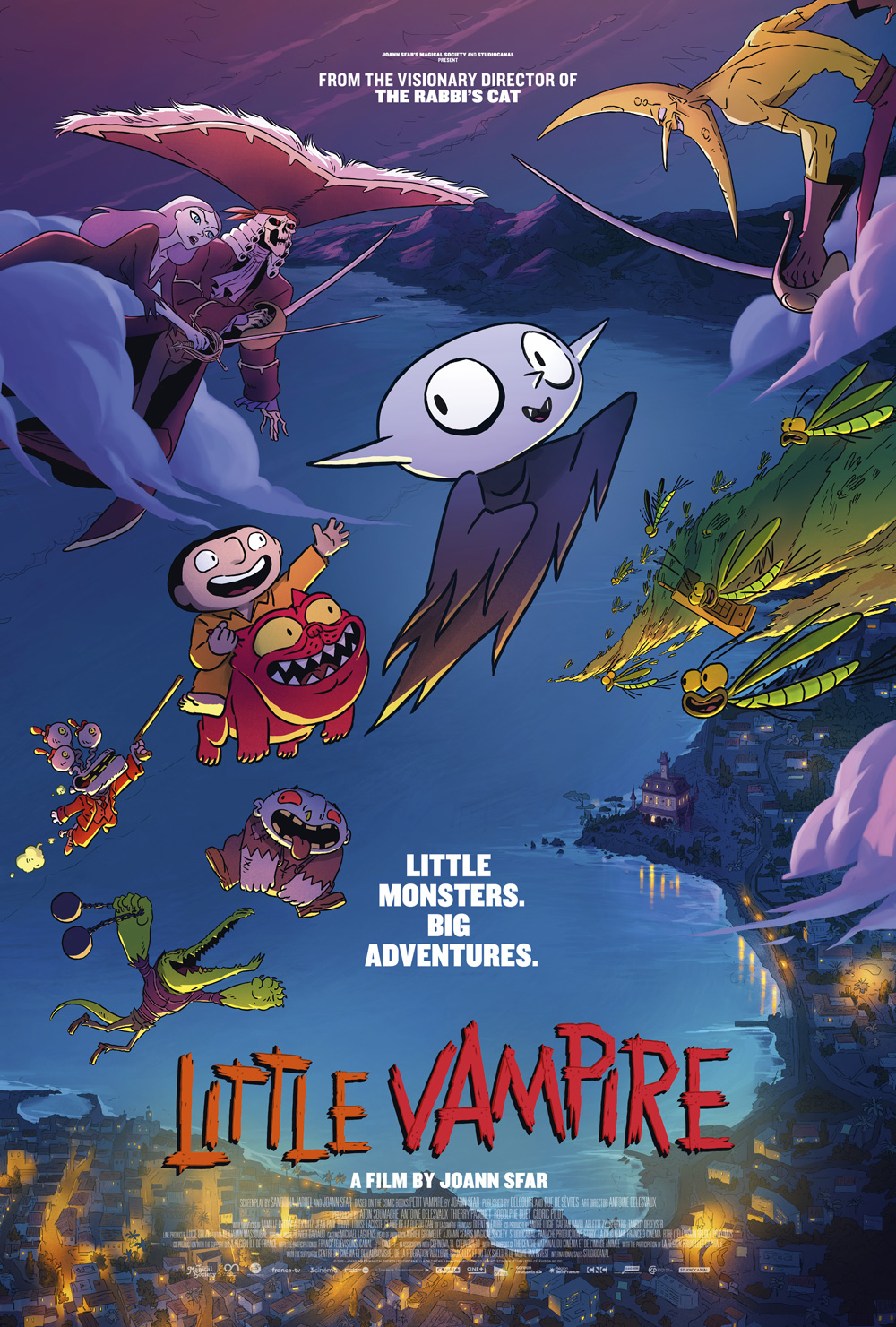 CTIAF visitors have the unique chance to watch screenings such as the Annecy award winner Petit Vampire, directed by Joann Sfar, a story of friendship between a 10-year old never aging vampire and an orphan schoolboy, and look out for a selection of short films and the Best of Annecy. Screenings will take place at GoDrivein and tickets can be purchased at Webtickets. A full three-day Professional CTIAF pass will also get you in.

The compelling speaker line-up includes Anna Berthold from United Talent Agents and Aoife Lennon Ritchie, owner of Lennon-Ritchie Agency & co-owner of Torchwood, a literary agency representing screenwriters, directors and producers worldwide. Join them to find out more about the global animation industry when they will host an in-depth Q&A session on representation, studios and how to stand out in the crowd. Berthold also oversees the Animation department at UTA, with a client list that includes Brad Bird, Chris Nee, Phil Lord & Chris Miller, Andrew Stanton, Rich Moore and The Jim Henson Company, among others. LRA provides scouting services for the BBC in-house animation team and Torchwood is a literary agency representing a select group of international writers and selling International and film rights for publishing houses.

Producer and Founder of Reel Stories, Esther Pearl and Yasaman Ford will discuss why representation matters both behind the scenes and on the screen. Pearl spent the majority of her film career at Pixar Animation Studios where her feature film credits include Academy Award-winning films The Incredibles, WALL-E and Monsters, Inc. She is committed to closing the gender gap in the film and media industry and Reel Stories is the first filmmaking and training program for young women and female identified people led by industry professionals. Ford is a Program Coordinator and Instructor at Reel Stories and works with guest teachers from the film industry to translate their knowledge into curriculum for Reel Stories’s Master Classes. Ford will be also presenting a session on Script-writing and Story Structure: How to take an idea from ideation to screenplay.

Nathan Stanton will present Tales from the Story Trenches: A presentation on Story Structure, Storyboarding, Staging and Composition and Visual Storytelling. Stanton began his career at Pixar in June 1996 as a story artist for Pixar’s second feature film, A Bug’s Life. He has worked on many of the studio’s successes and Academy Award winning films since then. Most recently, Stanton has moved on from Pixar and is currently running a 12 week Story Lab program for local talent in Africa for Triggerfish Animation and Netflix in Cape Town.

Esther Pearl will also take part in a second event about the ins and outs of starting a studio with South African cultural activist and writer, director and producer at Na Aap Productions, Deidre Jantijies as well as Emmy Award-winner Kia Simon. Na Aap Productions is an integrated, broad based production company, screening untold stories of Southern Africa. In 2020, the company partnered with an Indian storyteller and produced Love Thy Neighbour, an animation short film that won international awards. Simon is the founder of Sneaky Little Sister, a motion graphics company that works on independent films, documentaries, and videos for clients such as T-Mobile, LinkedIn and eBay. She has won multiple Emmys for her editorial and mograph work on the YouTube series Deep Look.

Ariane Suveg of WarnerMedia will share her experience of the Cartoon Network Creative Lab, the next steps and the ambitions they have for African animation. Suveg is Kids Content Director for WarnerMedia and manages kids content for Cartoon Network, Boomerang and Boing in France, Africa and Israel. 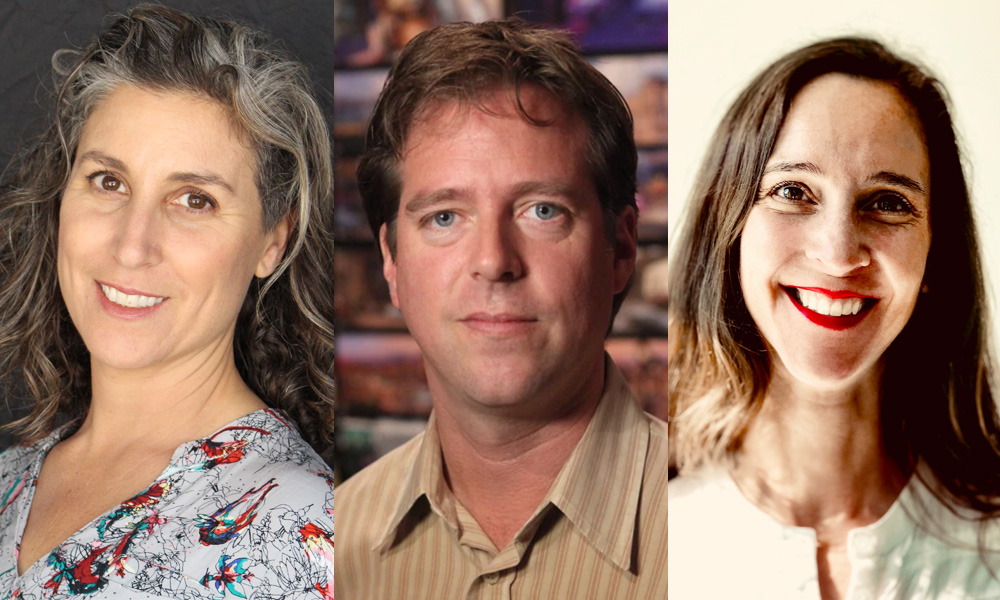 Annemarie March, Loyiso Kwize, Mohale Mashigo and Clyde Beech are The Kwezi Team and were the winners of CTIAF’s Road to Annecy Pitching Competition. They will talk about their experiences in bringing SA’s most loved comic to screen.

In The Path to a Series Greenlight, South Africans Lucy Heavens and Nic Smal join Emmy Award-winner Kent Osborne to talk about the career journeys that have led to the series production for their new Disney Channel show, Kiff. Osborne has worked for animated shows such as SpongeBob SquarePants, Camp Lazlo, Phineas and Ferb, The Amazing World of Gumball and Summer Camp Island, among others.

Brian Nitzkin is Senior Vice President, Business Affairs for Myriad Pictures and Photon Films. Myriad is a leading independent entertainment company with recent credits that include the Academy Award nominated Margin Call, Never Too Late, Iron Sky – The Coming Race, Fatima and Deadly Cuts. Nitzkin will be giving a workshop How to package your idea: What a sales agent needs to see. Nitzkin will also be joining Pete O’Donoghue, Nick Cloete and Rob van Vuuren to talk about Electric Juju: The start of making a one man stageplay an animated feature film.

A few of the other highlights include IFAS sharing training opportunities in France for South African animators; The Making of Troll Girl with director Kay Carmichael (Troll Girl will also be screened as part of CTIAF’s program) and a workshop with Triggerfish Academy‘s CEO, Colin Payne to learn about remote working best practices.