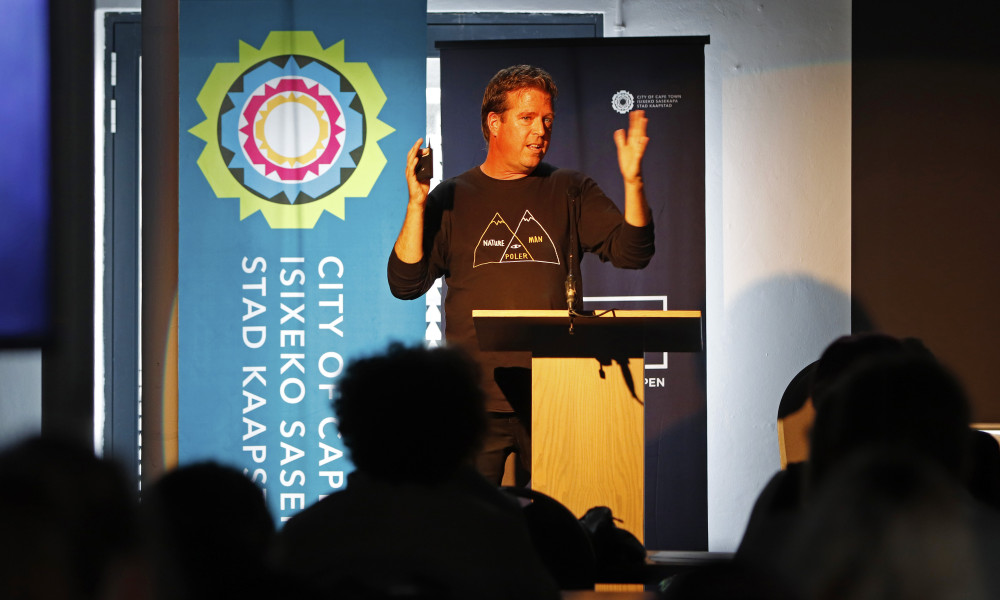 In a first time format for the event, the hybrid Cape Town International Animation Festival (CTIAF) was a resounding success. Presented by Animation SA, the ninth edition of the Festival took place October 1-3 online and in-person at the Old Biscuit Mill in Woodstock. In addition to a COVID-compliant capacity crowd, almost 350 online delegates participated from countries such as Uganda, Italy, Ivory Coast, Jamaica, Nigeria, Zimbabwe, the U.K., South Africa and the U.S.A.

“It’s wonderful to have been able to come together again in a COVID-compliant way to share ideas, meet our colleagues and celebrate our incredible animators and creatives,” said Dianne Makings, Festival Director of CTIAF. “The level of engagement on our online platforms – both from the streamed events and the online lounges has been phenomenal. Although this aspect of the program was introduced from a need to find ways to engage during a world-wide pandemic, the avenues this has opened for further exposure and connection have been far-reaching and we will definitely be looking at retaining this part of the program for future events.

“Likewise, moving our screenings to GoDrivein has added another dimension to experiencing the world’s best animated films which South Africans would not usually be able to watch.” 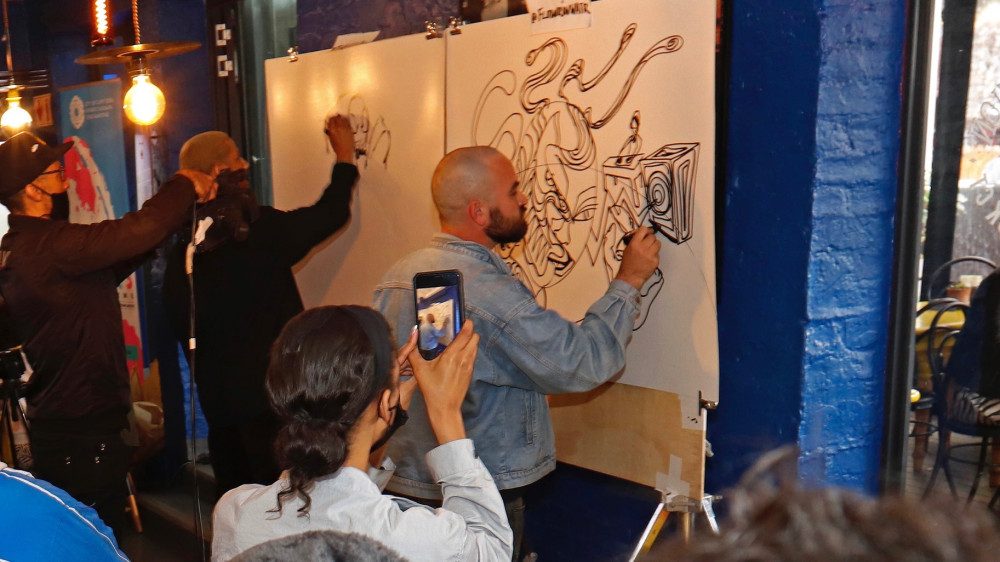 Artists cross pens during a “Draw Off” at the pop-up Comic Con Cape Town event Oct. 2.

The South African animation sector received a major boost thanks to a new partnership between Triggerfish, Africa’s leading animation studio, and the German-funded Employment for Skills and Development in Africa (E4D) Program, a technical assistance project of the German government. The announcement was made on Friday evening at the Festival. The ambitious three-year partnership aims to expose 10,000 school leavers to the animation industry; empower 6,000 creatives with enhanced portfolios and market access; and create 200 more jobs.

At CTIAF, the partnership launched a free online course on editing for animation. This is now available on Triggerfish Academy, a free digital learning platform that is opening up access to African animation industry experts. The course is presented by Kerrin Kokot, animatic editor for a DNEG/ReDefine animation series, who also worked in the editorial department on Triggerfish’s upcoming feature Seal Team and the Oscar-nominated short film Revolting Rhymes.

Kokot also presented an editing for animation workshop at CTIAF, alongside Clea Mallinson, who recently edited Sunrise Productions’ Jungle Beat – The Movie. This was one of four workshops that the Triggerfish/E4D partnership helped bring to CTIAF: Triggerfish producer Kaya Kuhn was part of a producing panel, moderated by Pixar alumnus Esther Pearl; Kay Carmichael presented the making of Troll Girl, her debut short film, produced by her production company Giantslayer Studios and Triggerfish (watch it here); and Colin Payne, Triggerfish Academy’s CEO, presented a workshop on remote working best practices, reflecting on how Triggerfish shifted to become a remote work studio during the pandemic. 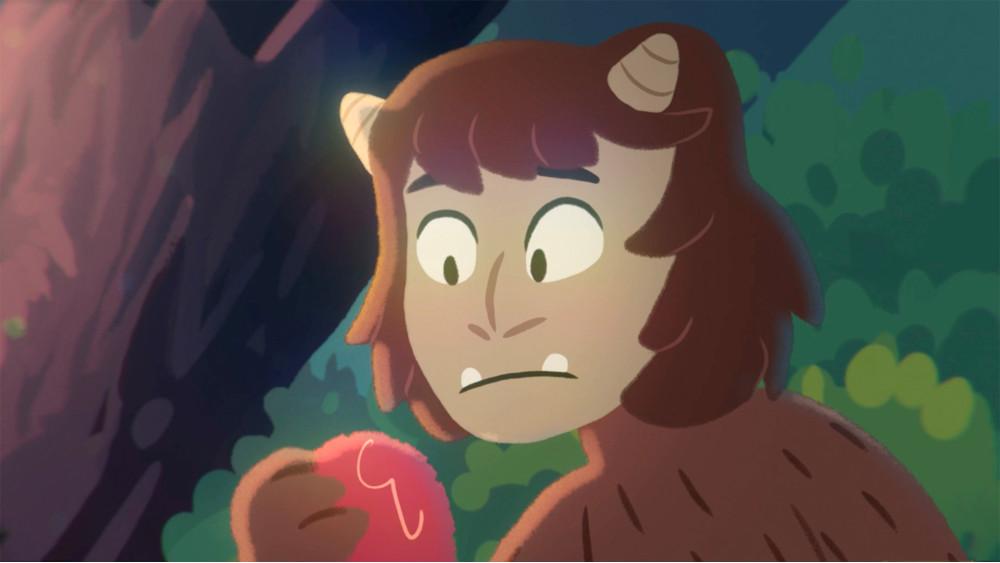 The partnership also announced a 10-second animation competition for 18 to 35-year-olds. Prizes include a Wacom One graphics tablet and a 30-minute one-on-one session with Mike Buckland, head of production at Triggerfish. The entry deadline is midnight November 14, 2021. (More information here.)

“While so many businesses have been taking strain during the pandemic, the animation industry in Africa has been exploding,” said Triggerfish Foundation director Carina Lücke. “Among other recent breakthroughs for the African animation industry, Disney has ordered Kizazi Moto: Generation Fire, Kiya, Iwájú and Kiff; Netflix is in production on Mama K’s Team 4; Cartoon Network is airing My Cartoon Friend and has greenlit Garbage Boy and Trash Can; and YouTube has renewed Super Sema for a second season. So despite everything, there’s never been a better time to be an animator in Africa.”

Gavin Watson, the team leader for E4D, observed they have identified animation as an industry sector that is attractive to young people and is growing fast. He added that the opportunities for animation extend outside the traditional film industry, within fields like advertising, app and web design, architecture, engineering, gaming, industrial design, medicine and the motor industry, not to mention growth sectors like augmented reality and virtual reality. 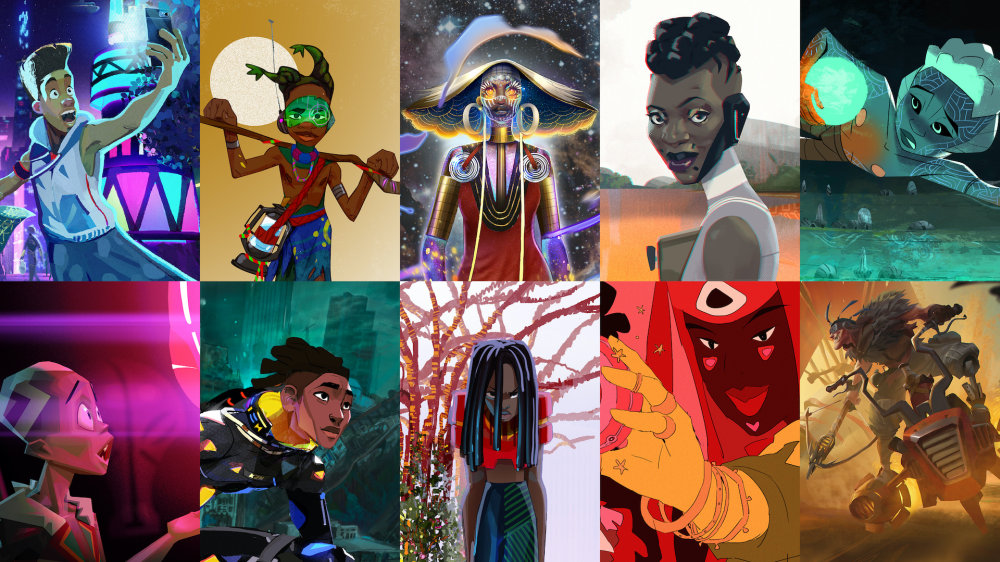 In another exciting development, the CTIAF will now present initiatives throughout the year, including its student awards program, online sessions and networking events. Makings said she was inspired by the implementation of CTIAF’s Women Transforming Animation program, which presented a number of sessions at the Festival. “The WTA program hosted some insightful discussions and was a springboard to create valuable networks of support and connections,” the festival director noted. “Thank you to Esther Pearl, Mary Glasser and Yasaman Ford for driving this program.”

In partnership with Reel Stories / BAVC Media, WTA provides training and upskilling resources during the Festival and throughout the year with lectures, discussions, masterclasses, and networking events all aimed at helping women connect and create new networks with industry veterans and leaders. WTA throws a spotlight on women changing the landscape of the animation industry.

CTIAF is the largest dedicated African animation festival on the continent.  With a combination of talks, workshops, screenings, producer meetings, business-to-business sessions and more, CTIAF provides an opportunity to engage with global industry leaders, shine a spotlight on African talent and create a platform for connections and sharing of knowledge between local animators and their international counterparts. The Festival also provides the chance for South Africans to watch the world’s best animated films which would otherwise not be screened locally.

CTIAF is presented by Animation SA and made possible with support from sponsors the Department of Arts and Culture, the City of Cape Town, Film Cape Town, Netflix, the French Institute of South Africa, the Gauteng Film Commission, Wesgro, Lenovo, Modena Media and Entertainment, Autodesk and The Deutsche Gesellschaft für Internationale Zusammenarbeit GmbH.