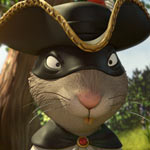 Celebrated creative minds and experienced executives from the global industry will be assembling in South Africa next month, when Animation SA presents the seventh annual Cape Town International Animation Festival from March 2-4 at the River Club in Observatory. The event will offer both local and international films, offering something for all ages, as well as workshops, talks and panels — plus live drawing classes, B2B sessions, producer events, networking opportunities, local outreach, student competition offering an internship at Nickelodeon in the US as a prize, and more.

“We have a stellar line up of speakers, featuring some of the best creative and business minds in animation, screenings of the world’s top animated films and a range of free events that are fun for the whole family,” said Festival Director Dianne Makings. “We are delighted to be collaborating with both our long-standing and new partners to bring you the best Festival yet.”

Among the screening highlights will be the local premiere of French feature The Big Bad Fox and Other Tales by Oscar-nominated director Benjamin Renner and Patrick Imbert; and the latest Julia Donaldston/Axel Scheffler storybook adaptation from Magic Light Pictures and Cape Town’s Triggerfish Animation Studios, The Highway Rat.

As part of its centenary celebrations in SA, the Japanese Embassy and Consulate in Cape Town has partnered with the festival for a second year. Polygon Pictures President & CEO John Shuzo Shiota will return as a speaker, and there will be screenings of Studio Ponoc’s debut feature Mary and the Witch’s Flower, directed by Hiromasa Yonebayashi. There will also be a workshop with South African manga group Umlando Wezithombe, who won the Bronze Medal at the 11th Japan International Manga Award — the prize will be officially handed over in a ceremony at CTIAF.

Canadian animator and artist Robert Valley will be in attendance to discuss his 2017 Oscar-nominated short film Pear Cider and Cigarettes — a brutally honest story of his relationship with a self-destructive yet charismatic friend from childhood. DreamWorks Animation alum Alexandre Heboyan, who brought to life characters in Kung Fu Panda and Monsters vs. Aliens before making his directorial debut with Annecy selection and Tokyo Anime Award-winner Mune: Guardian of the Moon, is also attending.

Professionals will also be able to glean important insights from children’s TV veteran Lorna Withrington, Director of Creative Affairs at Entertainment One. Withrington will share expertise and experience from her career which has spanned kid hits such as Thomas & Friends, Bob the Builder, Fireman Sam and Peppa Pig.

“There are a number of free events to be enjoyed – from the Artists Alley showcasing the work of some of SA’s most talented graphic artists, to drawing and stop-motion workshops for children aged 7-12 years and free screenings and drawing workshops at the Isivivana centre. Students also have the opportunity to bring their portfolio to the artist alley for free advice from our industry experts,” said Makings.

“Other exciting events in our packed programme include a Virtual Reality (VR) and Augmented Reality (AR) component again, ADOBE demo sessions and talks from our supporters such as the Department of Arts and Culture and the City of Cape Town. Thanks to the award-winning team at Muti who have created our innovative look for the CTIAF 2018 design.”

The 2018 CTIAF is made possible with the support of the Department of Arts and Culture, the City of Cape Town, Wesgro, Nickelodeon, the High Commission of Canada, The Japanese Embassy and Consulate in Cape Town and the French Institute of South Africa. CTIAF has also partnered with Annecy International Animated Film Festival and Animate Africa.

Click over to www.ctiaf.com to learn more about the festival. 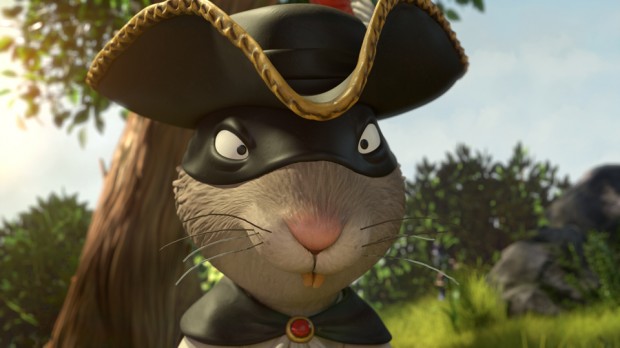