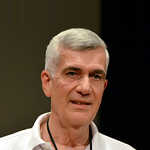 Animation historian and Oscar-winning animator John Canemaker will pay tribute to two of the medium’s masters, Winsor McCay and Walt Disney, in a three-part event set for Sept. 13 at Los Angeles County Museum of Art.

The three-part event, presented by the Academy of Motion Picture Arts and Sciences, runs as follows:

GERTIE THE DINOSAUR AND THE BIRTH OF PERSONALITY ANIMATION
Saturday, September 13 | 6:00 p.m.

Long before any princesses wandered across the screen, animation’s first female personality was spunky Gertie the Dinosaur, who celebrates her 100th birthday this year. Join acclaimed animation historian and Oscar-winning animation director John Canemaker for a salute to Gertie and her creator, the prolific comic strip artist and animation pioneer Winsor McCay. This richly illustrated look at McCay’s life and work includes four of his animated shorts, and a re-creation – with audience participation – of the legendary routine that introduced Gertie in McCay’s 1914 vaudeville act.

The realistic special effects in Walt Disney’s early features, Pinocchio, Fantasia, Dumbo and Bambi, have dazzled generations of viewers, but the secrets behind their creation were long forgotten, even within the studio. John Canemaker, author of The Lost Notebook: Herman Schultheis & the Secrets of Walt Disney’s Movie Magic, explores the fascinating mechanical and optical processes that enabled the Disney artists to delight the eye with dancing snowflakes, flying wraiths, erupting volcanoes and other visual treats, as detailed in a recently discovered notebook, compiled by photographer and effects specialist Schultheis during his 1938-41 tenure at the Disney studio.

Walt Disney took one of his boldest gambles with this dazzling 1940 feature, for which his top animators scaled the heights of imagination to provide visuals to accompany some of the most beloved pieces of classical music, conducted by maestro Leopold Stokowski. The film’s many highlights include Mickey Mouse starring in “The Sorcerer’s Apprentice,” the evolution of life on Earth that accompanies “Rite of Spring,” and the haunting imagery of “Night on Bald Mountain.” Unlike Disney’s classic early features like Snow White and the Seven Dwarfs and Pinocchio, it took years for Fantasia to make a profit, but in the seven decades since its release, it has become recognized as a landmark in animation and one of Disney’s most momentous achievements.

Doors open at 5 p.m. and the event will be held at the Bing Theater, Los Angeles County Museum of Art, 5905 Wilshire Blvd., Los Angeles

Tickets cost $5 for general admission and $3 for academy members and students with a valid ID. Tickets are on sale now and can be bought online here.