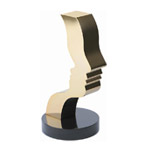 The Academy of Canadian Cinema & Television has announced the nominations for the 26th Annual Gemini Awards, which is scheduled to air on September 7 on CBC. The awards celebrate Canadian English-language television and digital media. Here are the nominees in the animation-related categories:

You can check out the list of nominees, visit www.geminiawards.ca.