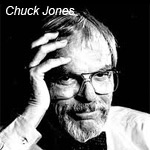 California Institute of the Arts (CalArts) celebrates the 100th birthday of animation legend Chuck Jones with a special program at the REDCAT theater in Los Angeles. At the event, John Lasseter, Disney and Pixar’s Chief Creative Officer, will provide remarks at a special screening of his favorite Chuck Jones cartoons. Both Lasseter and Jones are CalArts grads. Jones attended the Chouinard Arts Institute, which is one of CalArts’ two predecessor institutions. Lasseter graduated from the CalArts School of Film Video Character Animation Program in 1979.

The event takes place at REDCAT (Roy and Edna Disney CalArts Theater) in downtown Los Angeles on Wednesday, September 26 at 8 pm.  Tickets ($50) are available at www.calarts.edu/chuckjones.

“His comic timing is the best it’s ever been in cinema. He’s a master at that. His work was so funny, and he entertained adults as well as kids. I still watch his cartoons today, and they’re just as funny as ever.”

Chuck Jones died at the age of 89 in February 2002. In a career spanning over 60 years, he created more than 300 animated films, winning three Oscars as director, and in 1996, an honorary Oscar for Lifetime Achievement. During the Golden Age of animation, Jones helped bring to life many of Warner Bros. most beloved characters—Daffy Duck, Elmer Fudd and Porky Pig. The list of characters he originated includes Wile E. Coyote, Marvin Martian, Pepe le Pew and Michigan J. Frog. In 1999 Jones established the Chuck Jones Center for Creativity, designed to recognize, support, and inspire continued excellence in art and the art of classic character animation. 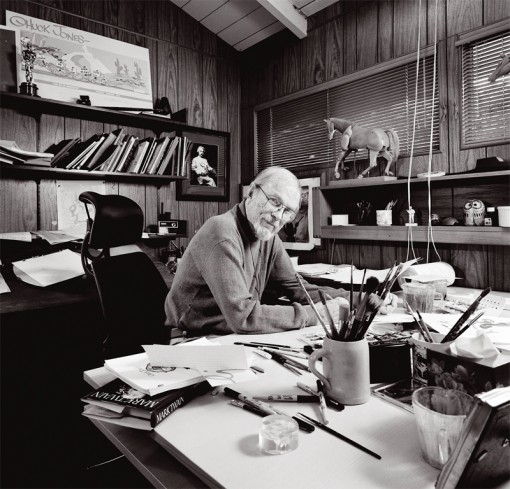