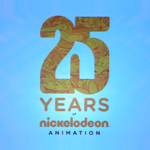 Guests were treated to a panel featuring NickToons creators, live music, appetizers, the exhibit and a chance to have a limited edition poster signed by each of the panelists. They also had the opportunity to meet some of the other stars of the Nickelodeon universe who were in attendance, including Greg Cipes, the voice of Michelangelo on Teenage Mutant Ninja Turtles; Craig Bartlett, creator of Hey Arnold!; and Farnaz Esnaashari-Charmatz, creator of Shimmer and Shine.

“It’s so cool to be in the Nickelodeon family,” said Cipes. “For me, it was the most important network as a kid.”

The event was poignant for Esnaashari-Charmatz as well, who attended Cal State Fullerton and interned at Nickelodeon before becoming a full-time production assistant and moving up the ranks to becoming a show creator.

“I was a total Nick kid. The classics that they’re going to be showing, that was my childhood,” said Esnaashari-Charmatz.”

The celebration kicked-off with an introduction from Senior Vice President of Library Content and Franchises Chris Viscardi, who helped spearhead the celebration, which began production in July of 2015.

“I want to thank you for being fans of Nickelodeon animation for 25 years,” Viscardi said to the Meng Concert Hall audience. “In 1991 Doug, Rugrats and The Ren & Stimpy Show premiered and those three shows really did change the face of television animation as we know it. TV animation, particularly for kids and families, has never been the same since then … I’m really proud of the fact that we have inspired generations of artists who grew up watching our cartoons to be artists themselves, and we’re extraordinarily proud of our history and we’re thrilled to be celebrating it all this year.”

Creator, director and artist Butch Hartman, whose credits include The Fairly OddParents, Danny Phantom, T.U.F.F. Puppy and the upcoming Bunsen Is a Beast, served as the moderator of the all-star panel. The lineup included two members of the original NickToons triumvirate, Jim Jenkins, creator of Doug; and Arlene Klasky, co-creator of Rugrats, who later co-created five other hits for the network; and Stephen Hillenburg, creator of one of Nickelodeon’s most popular and longest running shows, SpongeBob SquarePants. The panel also included Vanessa Coffey, former Vice President of Animation responsible for bringing Doug, Rugrats, The Ren & Stimpy Show and many other NickToons to the screen.

Hartman began the proceedings by asking the number one question on the audience’s collective mind — how did the creators come up with their ideas?

When Coffey first approached Nickelodeon with the concept of creating original programming for kids that was not based on selling toys or cereal, the studio was not even sure if that was something that could be done. Fortunately, she was not going to let the unknown deter her.

“I was in the right place at the right time. I was free to do things because they didn’t know better. No one knew how to do animation at the time,” said Coffey.

She then sent out the call to artists to find the type of programming that would be interesting and appealing to kids. One of the first people to answer that call was Jenkins, who at the time never imagined that his illustrations would become a hit show.

“It wasn’t very self-conscious,” said Jenkins. “It was just doodles.” Jenkins lived in New York City at the time, working on other kids shows and doodling on the side for fun. But what he didn’t realize was that he was actually drawing himself in the form of Doug.

“It was just my inner voice and that stuff collected and friends started thinking it was pretty cool,” said Jenkins. “I got a phone call from Linda Schupack who said ‘Jim, Nickelodeon is doing an original cartoon and I’ve seen your Doug stuff you have to get over there!’ And I went to the studio and met Vanessa and she changed my life.”

Likewise Arlene Klasky’s journey to Nickelodeon began in a similar way. She and then business partner and husband Gabor Csupo were running their own animation business out of their apartment when they had an opportunity to pitch a show to Nick. At the time, Klasky was home raising two small boys when she came up with an idea that would later become Rugrats.

“If babies could talk, what would they say?” said Klasky.

Hillenburg’s journey to creating everyone’s favorite lovable sponge began with his love of marine life and nature shows starring Jacques Cousteau. He studied marine biology and then worked at the Orange County Marina, all the while spending his off-hours painting and eventually creating a comic book called The Intertidal Zone to explain undersea life to Marina visitors. After attending several animation festivals he heard the siren song of animation and attended CalArts. He then got a job with Joe Murray on the NickToon Rocko’s Modern Life, and was encouraged to pitch his own idea based on his comic.

“If I were to do a show, I would do it under the sea with weird characters,” he said. And thus SpongeBob SquarePants was born.

Hillenburg, Klasky and Jenkins all credited Coffey for enabling them to get their shows off the ground and into the homes of millions around the world.

“Vanessa really was many things at Nickelodeon. She discovered us and put us on the map and wanted us. She saw a vision we had and lifted us up,” said Klasky. “I don’t know what would have happened if it wasn’t for Vanessa.”

Hartman agreed, adding that all of the artists had been working on their unique vision on their own and therefore had something to show Coffey when she presented them with the chance to pitch.

“When the opportunity is there, have something ready. Always be ready,” he said.

When it comes to maintaining your passion, all of the panelists agreed that you have to stick with your vision in order for your show to succeed.

“When I pitched SpongeBob they wanted me to put parents in the house and have him go to school,” said Hillenburg. “I’m not going to do that. He’s a child in an adult’s body. If you have an idea, follow it, and don’t deviate, or you’re not going to know what you have.”

“If you have a passion for your character, go in there with that,” said Coffey. “You can’t make everybody happy. You can only make yourself happy.”

Jenkins also dispelled the myth that everything is smooth sailing once a show goes into development and arrives on the air.

“Every other day we were certain we were going to die, go out of business and fail,” said Jenkins, speaking about himself and Doug business partner David Campbell.

“For a while we worked out of our apartment until 11 o’clock at night, seven days a week. Sometimes you have to sacrifice for it,” said Klasky.

All of them agreed though that the work, however arduous and painful, is worth the outcome.

“Just dream about where you want to be and don’t hold back your dreams,” said Klasky. 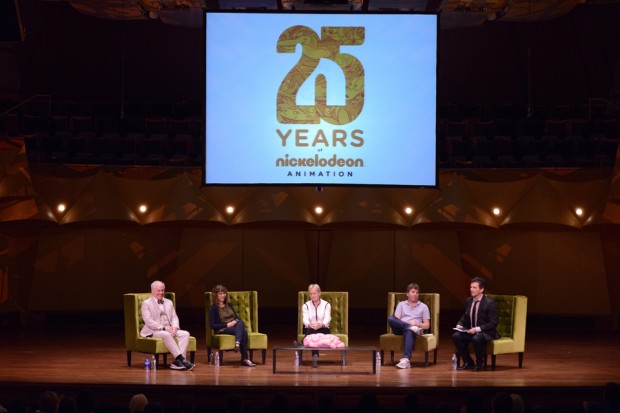 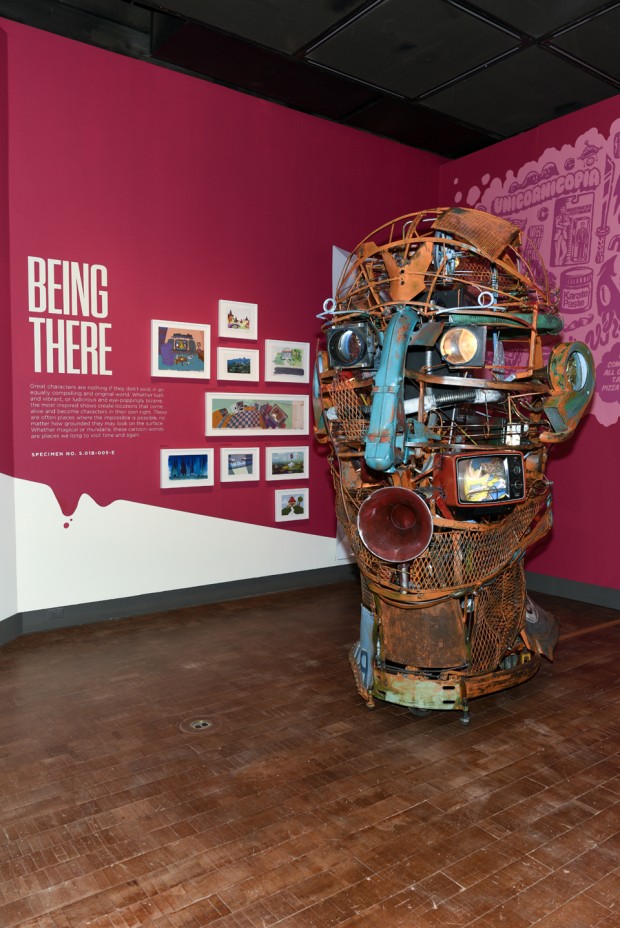 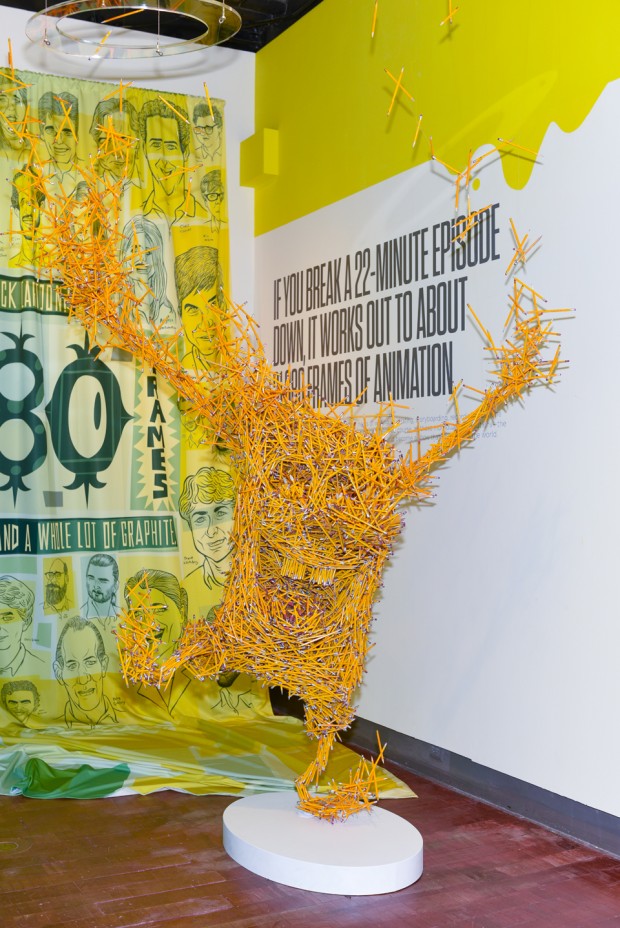 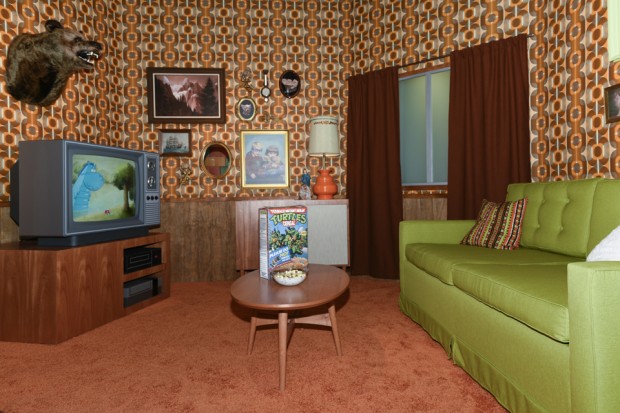 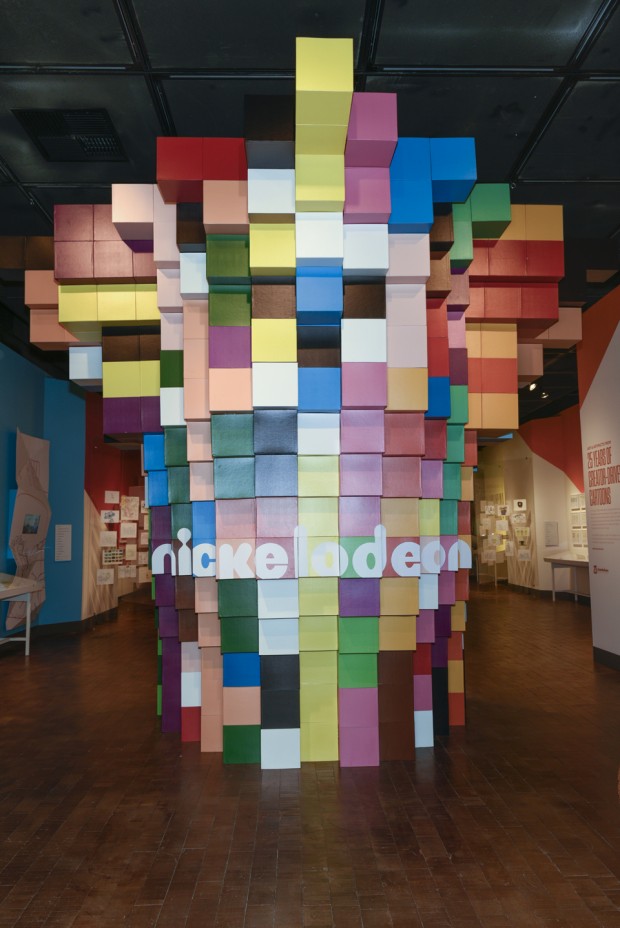 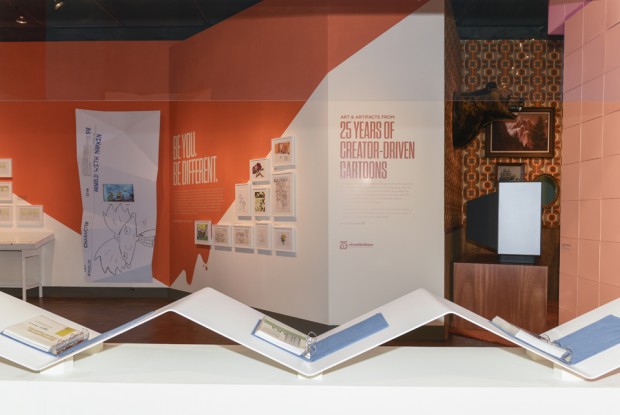