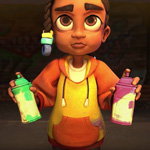 The 9th annual Burbank International Film Festival — running at the AMC Burbank 16 in the “Media Capital of the World” from Sept. 6-10 — has revealed its full programming lineup. The 2017 event will offer a record 180 features and short films, including 25 world premieres, and two dedicated animated short blocks. Visitors can also take in artist tributes, panels, parties, networking events and other festivities.

“With over 60 countries represented, and 25 world premieres, the festival has grown significantly in the U.S. and we are continuing to form new international relationships every year” stated Jeff Rector, president and festival director. “From Hong Kong, to New Zealand, to South Africa, 20% of film submissions are from abroad this year, and the quality of work continues to be extraordinary.”

Full info on Burbank Film Festival’s 2017 animation lineup below. For more on the festival and to purchase tickets, visit www.burbankfilmfest.org.

Couboi Faykand and the Wild West
Director: Diego Raf Diaz
Synopsis: A teenage cowboy named Couboi Faykand takes his child sidekick to a Western bar. When two outlaws arrive, Couboi Faykand challenges them to a showdown. Couboi wins with his trusty whip, and the sheriff gives him some reward money.

Wishing Box
Director: Lizzie Zhang
Synopsis: After years sailing, the pirate Derek and his sidekick monkey finally found a treasure box, and this box is a magic box can make your wishes come true.

Green Light
Director: Seongmin Kim
Synopsis: Green Light is a story about a girl and a robot soldier thrown into the worst situation brought up by the misuse of highly-advanced science technology, trying to restore the land it used to be.

Arpeggio
Director: Adriana Uriguen Garcia
Synopsis: Father and son are inseparable until adolescence threatens their special bond. Both will have to decide how willing they are to keep their relationship from falling apart.

Hope
Director: Michael Scherrer
Synopsis: Hope tells the story of a little boy, who is condemned to spend the time he has left in a prisoners’ camp. The memories of his mother are the only thing keeping him alive.

A Boy and His Beast
Director: Calley Macdonald
Synopsis: A young boy must stop a creature that is terrorizing the countryside in 18th century France. But is it possible that he may be to blame for the beast?

The Killer Buzz
Director: Barry Jackson
Synopsis: The flies compete for the love of a ladybug until things reach cataclysmic proportions.

Below 0
Director: Itai Hagage
Synopsis: A meteorologist who narrates his experience in the Arctic through a voice recording; and how his life is linked physically and spiritually to nature.

Post No Bills
Director: Robin Hays
Synopsis: On an urban city wall plastered with posters, Noodle Boy must make his way through a series of obstacles and challenges in order to save his crush, Miss Fortune, from the city’s clean up crew.

Stars
Director: Han Zhang
Synopsis: Grandpa and grandson street sellers sell stars in a town near the shore. One night, they run out of the stars…

Digital Romance
Director: Michael Helmuth Hansen
Synopsis: When the computer game “Brutal Bullet” becomes infected by a destructive virus, its hero Kane Skullhead is the key to activating the antivirus. This begins a chase of life and death, which will eventually reach beyond his own world and have him collide with the world of a beautiful ballerina.

Bosatsu – Year of the Dragon
Director: Siddharth Ahluwalia
Synopsis: Fugen Bosatsu has the Bodhisattva status is one of the 8 deities of Buddha, protecting the Dragon and the Snake. He enters Jake’s dreams to guide him towards his true identity. Jake, born in the Year of the Dragon often gets visions from his past. He doesn’t know what they are but somehow feels they are real. He remembers nothing from his past and just seeks answers to his visions.

Hanging
Director: Nick LeDonne
Synopsis: An abstracted animated documentary based off of Nick LeDonne’s personal struggle with depression and suicidal thoughts after a near attempted hanging in November 2014. His feelings of depression are personified through a dark luring fog and a loving mother desperately trying to keep her son alive.

T-Bird
Director: Jae Kitinoja
Synopsis: Noticing a barrier that cannot be breached, a small sketch in a notebook struggles to free its bound wings and learn to fly.

Adija
Director: Apollonia Thomaier
Synopsis: A young girl in the Bronx finds escape from an unhappy family life through her graffiti art. 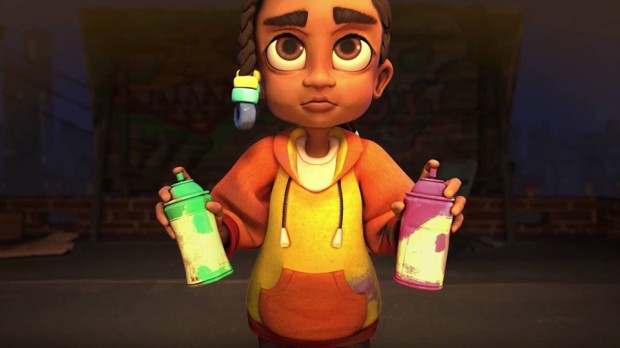 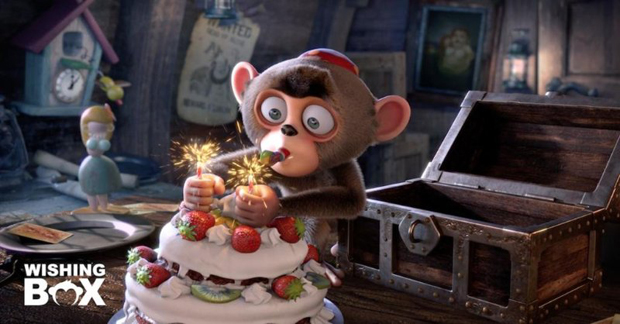