BAFICI programmers Juan Manuel Dominguez and Fran Gayo have selected nine features and seven short films to screen in two program sections, BAFICI and Little Bafici. The former will feature more adult-oriented animations like Ignacio Ferreras’ Wrinkles and Anca Damina’s Crulic –The Path to Beyond as well as a Plymptoons! Selection of Bill Plympton shorts and Alexia Anastasio’s documentary Adventures in Plymptoons! Highlights of Little Bacifi include the premiere of local 3D production La Maquina que Hace Estrelles (The Machine That Makes Stars) by Esteban Echeverria and The Secret World of Arrietty by Hiromasa Yonebayashi from a script by Hayao Miyazaki.

The fest will also feature a “Work in Progress” section highlighting Argentine filmmaker Juan Jose Campanella’s upcoming 3D flick Foosball (2013) with a presentation of his work with scriptwriters Eduardo Sacheri and Axel Kuschavatzky. 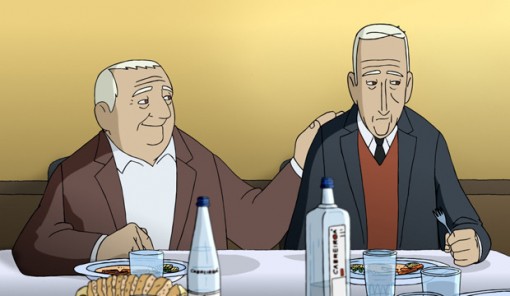 “What better way to extend the reach of BAFICI than through the vast and wide world of animation, which relates directly to the Buenos Aires Film Festival’s spirit, for its plurality of film languages, it’s creative, bold and innovative drive; and its taste for experimentation and aesthetic diversity?” said Buenos Aires Minister of Culture Hernan Lombardi during the announcement.

The country—which lays claim as the home of the first animated feature in recorded history, Quirino Cristiani’s The Apostle (1917)—has recently seen a spike in toon productions after a slow start in the industry.