Sixty-nine animated short films have been selected for the Bucheon International Animation Festival (BIAF), which will be held October 21-25 in South Korea. The festival selected 38 short films, 12 graduation films, eight TV & Commissioned for International competition and 11 Korean short films, chosen from among 3,001 submissions from 103 countries. 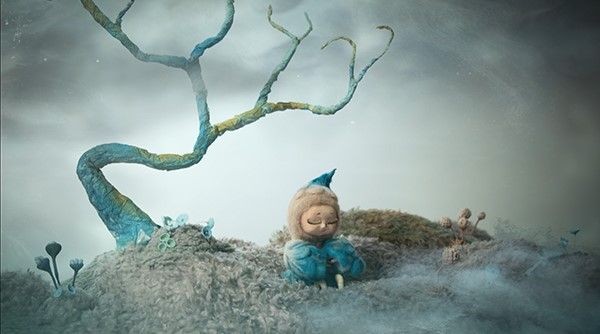 The Island of Us – Yu Yu

Some BIAF 2022 selected films were also featured in the Cannes Film Festival selection, including We are not there tomorrow, Scale in the Critics’ Week and Spring Roll Dream in the Cinéfondation (La Cinef) competition. In addition, Moon Sujin’s Persona — selected for Short Competition in Cannes and winner of Annecy Graduation Cristal — is included in the Graduation Films category.

Shape of the Wind, a new film by Lee Sunggang―director of the Annecy Cristal-winning feature My Beautiful Girl, Mari (2002) ― and Run Totti Run, a film that marks the directorial debut of veteran Pixar animator Shad Bradbury, will have their world and international premieres at BIAF, repectively. Christopher at Sea, directed by Tom CJ Brown and set to make its world premiere at Venice, is another notable pick of BIAF2022. 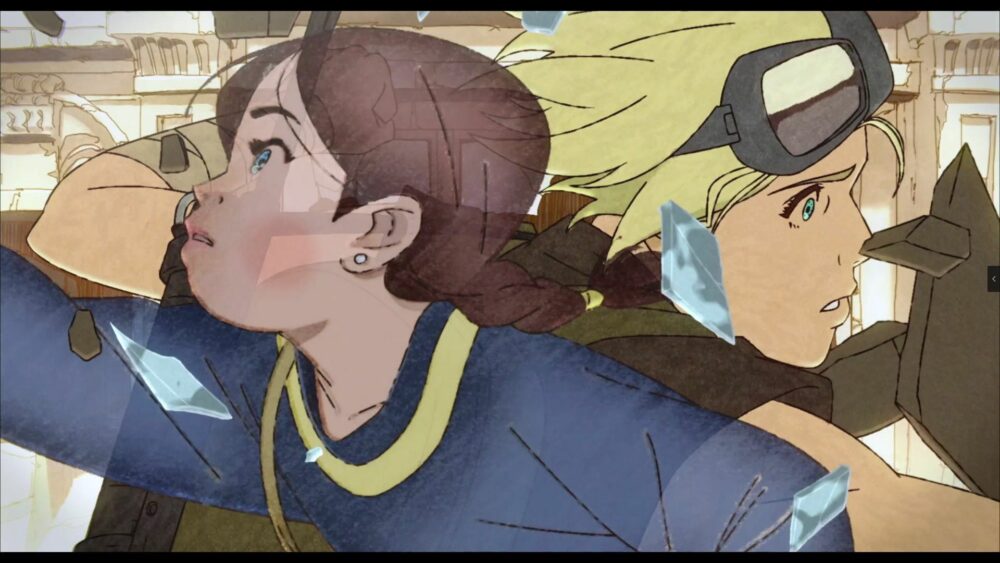 A Girl Meets a Boy and a Robot – Shinichiro Watanabe

Remarkable Asian films included in the short competition include the Locarno fest pick Tiger Stabs Tiger by Shen Jie and A Girl Meets a Boy and a Robot by Shinichiro Watanabe, the celebrated creator of the anime series Cowboy Bebop.

As previously announced, the official poster of the 24th edition of BIAF has been designed by director and painter Florence Miailhe, whose 2021 feature film The Crossing won the BIAF Grand Prize, Audience Prize and Diversity Prize. Miailhe has also received a special mention from Cannes, César Awards, an Honorary Cristal from Annecy and the André Martin Award for a Feature Film. The filmmaker will also serve as this year’s film festival Jury President.

The white screen. A line appears. This is the horizon. The blue surface, this is the ocean. What can look as simple as the ocean? Yet what secrets does the ocean hide in the deep, sometimes the conch murmurs to us what rumors shake the ocean. A woman on the beach, closed eyes. Listen, dream, and visualize through the image…. The film has already started.
— Florence Miailhe 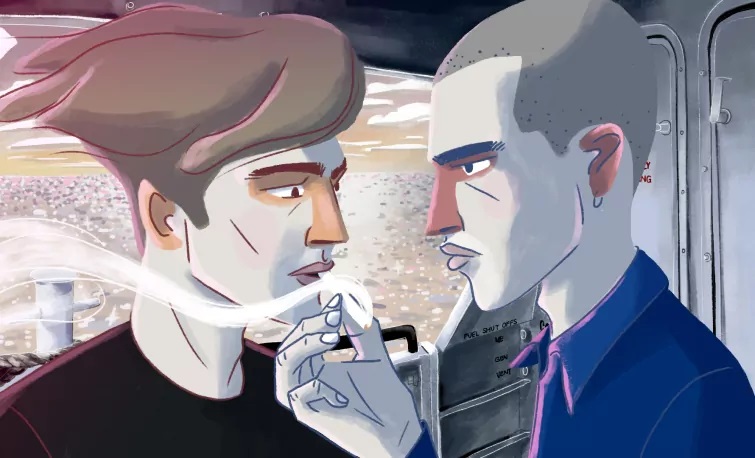 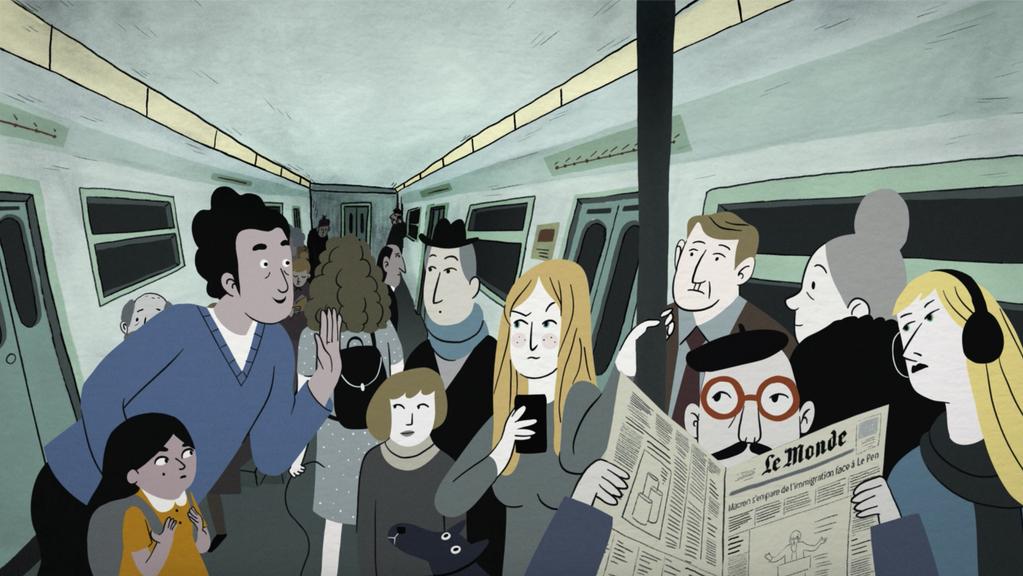 Home of the Heart – Sarah Saidan 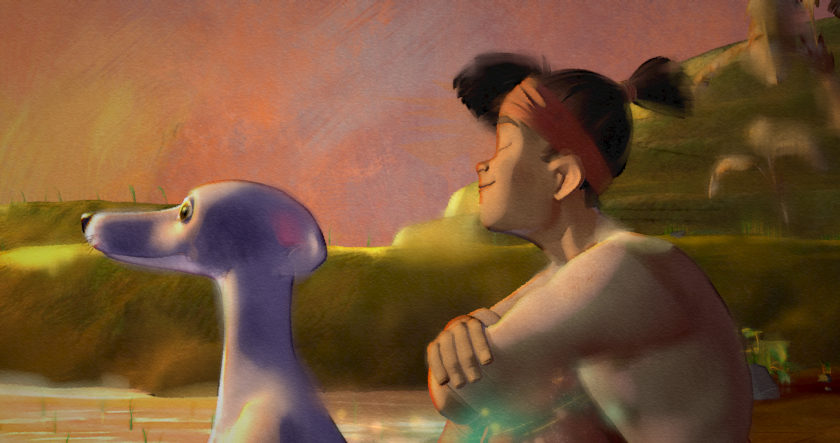 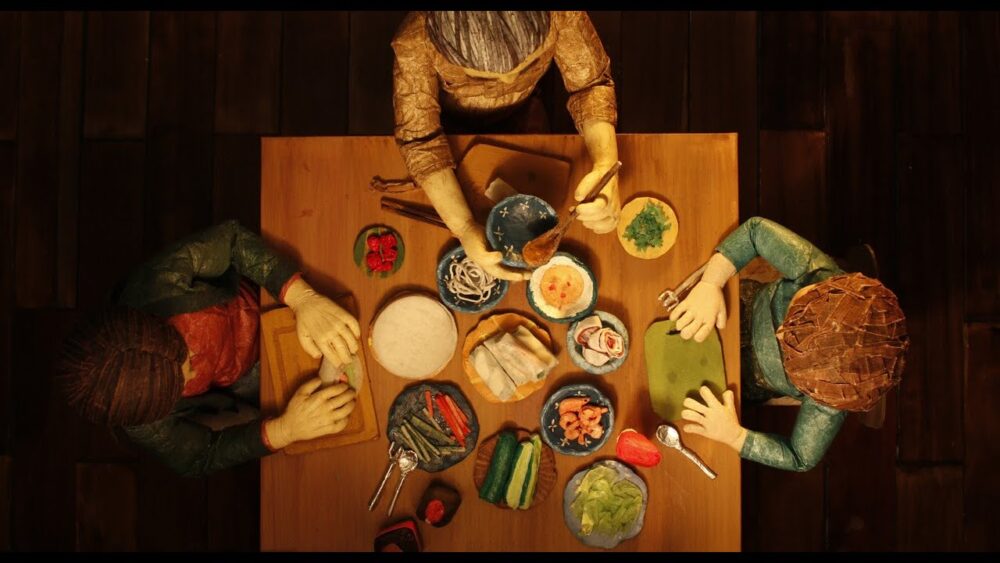 BIAF 2022 will be held on site October 21-25 in Bucheon, South Korea, just outside Seoul. Visi biaf.or.kr for more information.