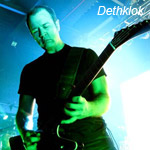 Adult Swim will be hosting a massive fan concert featuring the Death Metal stars of hit show Metalocalypse, Dethklok, during the San Diego Comic-Con next month. The show is set to take place Friday, July 13 (brutal) on the USS Midway in San Diego, with the animated band coming to life for the first time in 2012—ahead of their upcoming North American tour co-headlining with Lamb of God and special guests Gojira which kicks off August 1 in Seattle.

The Dethklok Comic-Con performance is free, and fans can register for tickets by visiting AdultSwimPresents.com or playing the “Cat Grab” game at the Adult Swim booth (#3949) during the ‘Con for a chance to win a “Golden Ticket” to the concert. The event will give lucky fans a check to enjoy new animation and new songs from Dethklok’s upcoming album. Doors open at 7 p.m., and a special guest performance is set to follow the toon-inspired band.

Check out FUNimation’s cool video clip from Dethklok’s live show at the House of Blues in Dallas in 2009. (Caution: Contains swears.)

Metalocalypse, the 2D animated series created by Brendon Small (Home Movies) and Tommy Blacha (Mongo Wrestling Alliance), follows the adventures of Dethklok—the world’s most insanely popular band—as they travel the world touring, recording and unleashing hideous violence on their sheep like fans. The show launched on Adult Swim in 2006 and is animated by Titmouse, Inc. 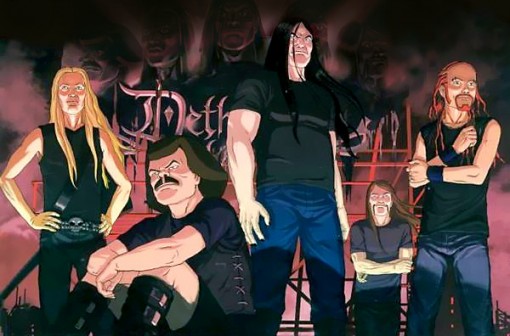