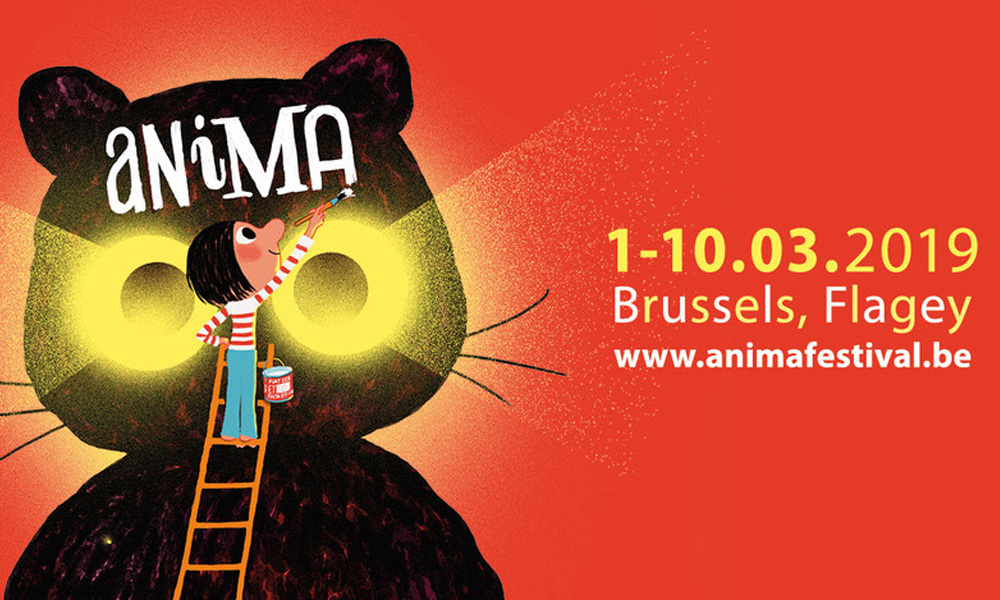 The 2019 edition of Anima, the popular animation festival held in Brussels will take place March 1st to 10th. This 38th edition of the festival will showcase 153 shorts from 34 countries were selected, of which 127 will be judged by two juries of industry professionals and the public.

In addition to the usual screening sessions and events, the festival will also feature a number of conferences and panels under the Futuranima professional days banners, meetings with filmmakers, workshops for kids and teens, concerts, and exhibitions and the annual Animated Night. The full program will be announced on Feb. 7.

Jury members for the international competition for 2019 hail from the United States, Germany and the Netherlands. Internationally renowned animation historian, Maureen Furniss is the editor of Animation Journal and author of Art in Motion: Animation Aesthetics, The Animation Bible and A New History of Animation. Jakob Schuh co-founded Studio Soi in 2003, where he has also directed some of the studio’s greatest successes, including both BAFTA and Oscar nominated The Gruffalo. Hisko Hulsing has already a number of Oscar nominated shorts to his credit. And apart from his talents as an artist, director and illustrator, he also composes the music for his films.

Anders Narverud Moen, Julia Ocker and Ron Dyens are this year’s national jury. Since 2012, Anders Narverud Moen has been director of the Fredrikstad Animation Festival, the oldest and largest animation festival in the Nordic region.  Ocker is a filmmaker, designer and writer based in Stuttgart. Her films cover a wide range of subjects, from the dark and frightening Kellerkind to the ingeniously funny Zebra Dyens is the founder of Sacrebleu Productions, which walked away with a Palme d’Or in 2010 for Serge Avédikian’s Barking Island.

For more info about the event, visit www.animafestival.be