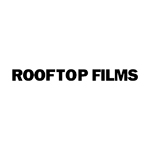 Next Thursday, July 7, Brooklyn’s Rooftop Films will present its annual Dark Toons program at Industry City in Sunset Park. The opposite of Saturday morning cartoons, the films in this screening use the magic of animation to look at modern life with a refreshingly warped lens. From hedonistic aliens to dealing with toxic masculinity, Dark Toons offers something for everyone … of a certain age and inclination.

For AnimationMagazine.net readers who would like to attend, Rooftop Films is offering a 15% discount on Dark Toons tickets — just use the code ANIMATION@ROOFTOP when your order! Click here to purchase tickets.

MANOMAN (Simon Cartwright | UK | 11 min.) Glen is barely a man. In a desperate attempt to tap into his masculinity he attends a primal scream therapy session, but even surrounded by wailing men he cannot make a sound. When another member of the class pushes Glen too far he finally lets something out- a miniature version of himself which does whatever it wants, regardless of the consequences.

CHOBAN (Matija Pisačić | Croatia | 18 min.) Laika, a female dog, is kidnapped and then launched into outer space. Choban, her owner, starts to search for her and ends up in an underground city where he accidentally embarks on a singing career. Meanwhile, Laika ends up on a planet inhabited by a mysterious black grandmother called Moira who tailors fate and bends time and space. Moira turns Laika into an anthropomorphic being that yearns to return to her master.

SUNDAY LUNCH (Celine Devaux | France | 14 min.) Sunday. At lunch, James observes his family. They ask him questions and don’t listen to his answers, they give advice but don’t follow it, they stroke him and slap him, but it’s ok, it is the Sunday lunch.

LAZY DAZE (Brian Smee | USA | 4 min.) Dog in the land where the good life takes you.

SPORT IN THE LAND OF PLENTY (Matt Reynolds | USA | 1 min.) The supreme beings of a distant world take an afternoon trip to the outer reaches of their domain to enjoy the wildlife and play a bit of sport. In a landscape so plentiful, everything is for the taking and everything is for their pleasure.

FORGOTTEN REASON (Peter Larsson | Sweden | 14 min.) Forgotten Reason is a stop motion animated film about a group of lost bodies who wander through a forest towards an open field. A gathering with an unclear purpose takes place. The story comes alive through the film’s texture and atmosphere rather than via traditional storytelling.

DOKUMENT (Marcin Podolec | Poland | 7 min.) A portrait of a father whose adult children live their own lives far away from him. The film follows his daily routine at the swimming pool, at work, and at home, as he–for the first time–explores his emotions. It’s a film about complicated relationships.

THE SHINING STAR OF LOSERS EVERYWHERE (Mickey Duzjy | USA / Japan | 18 min.) The strange but true story of how Japanese racehorse Haru Urara became a nationally celebrated symbol of perseverance while enduring a losing streak of epic proportions. Director and artist Mickey Duzyj traveled to Japan to uncover the story behind the horse’s unlikely rise to celebrity, and presents this partly animated short as the answer to how an undersized horse who vowed to “Never Give Up” became known as “The Shining Star of Losers Everywhere.”

ON MELANCHOLY (Hannah Jacobs | UK | 2 min.) The word ‘melancholy’ puts its finger on a particular species of sadness, which isn’t an illness or even a problem: it’s part of being human.

INSECT BITE (Grace Nayoon Rhee | USA | 2 min.) A tiny bug tries to figure out what he wants to be. 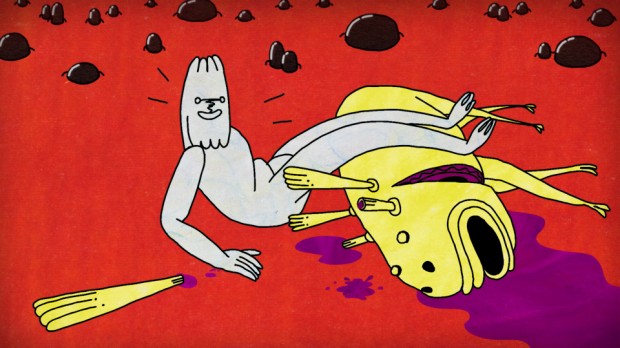 Matt Reynolds’ Sport in the Land of Plenty