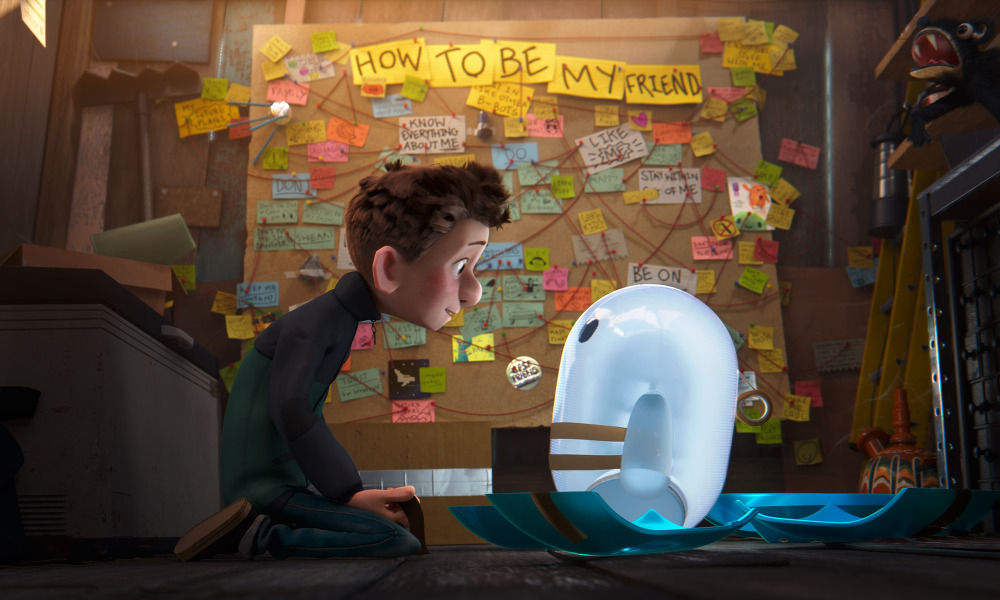 The winners of the biennial British Animation Awards 2022 (britishanimationawards.com) were announced at a ceremony held tonight at London’s BFI Southbank, presented by comedian Miles Jupp and sponsored by Hanna-Barbera Studios Europe. Now in their 26th year, the BAAs recognize the outstanding work of the U.K.’s most successful creative industries.

BAA Director Helen Brunsdon and Producer Kieran Argo said, “We have been amazed at the quality of the entrants for this year’s British Animation Awards and would like to offer our heartfelt congratulations to all the winners and nominees. After a particularly tough couple of years animation continues to be one of the most productive and creative industries in the U.K.”

“The BAAs are the only awards to recognize all forms of animation and reward the work of both new and established animators across all aspects of the U.K. animation scene, from student work to commercials, children’s entertainment, short and experiential films, music videos and new technologies,” noted Julia Lopez, MP, Minister of State (Department for Digital, Culture, Media and Sport) in a message of support. 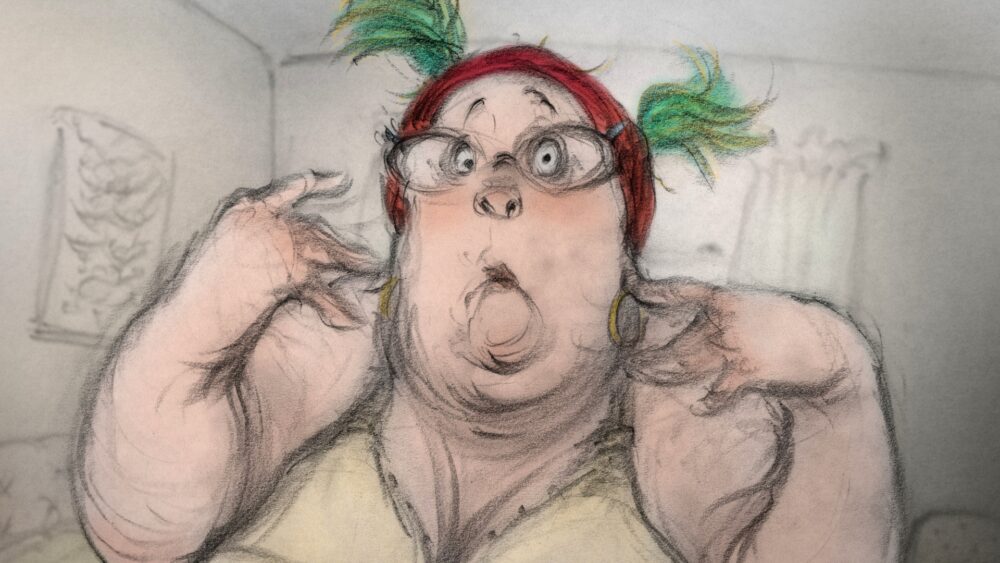 Gathering momentum ahead of the Academy Awards later this month, Britain’s two Oscar-nominated short films Affairs of the Art and Robin Robin were triumphant in their categories. Affairs of the Art picked up three awards: Best Short Film, Writers Award and Best Voice Performance (for 86-year-old Little Britain star Menna Trussler as Beryl). Created by filmmaking partners Joanna Quinn and Les Mills, the short continues the story of larger-than-life Welsh housewife Beryl who has artistic ambitions on a grand scale. Meanwhile, Aardman Animations’ beautiful Netflix Original film Robin Robin, about an optimistic robin raised by a family of mice, won the award for Best Original Music for its score written by The Bookshop Band (Ben Please and Beth Porter).

One of the closest-fought categories of the night was the prestigious Best Long Form category, which saw victory for Locksmith Animation’s debut feature Ron’s Gone Wrong. Directed by Jean-Phillipe Vine, Sarah Smith and Octavio E. Rodriguez, the film tells the story of a socially awkward middle schooler who befriends a defective robot.

Providing a breath of fresh air in the Best Animation in a Commercial category was Airwick for its “Breath of Nature” campaign, directed by Peter Szewczyk of Nerd Productions. And rocking the Best Music Video Award was animator Ged Haney, with his video for Rocket Freudental’s “Der Stuhlkreis”. 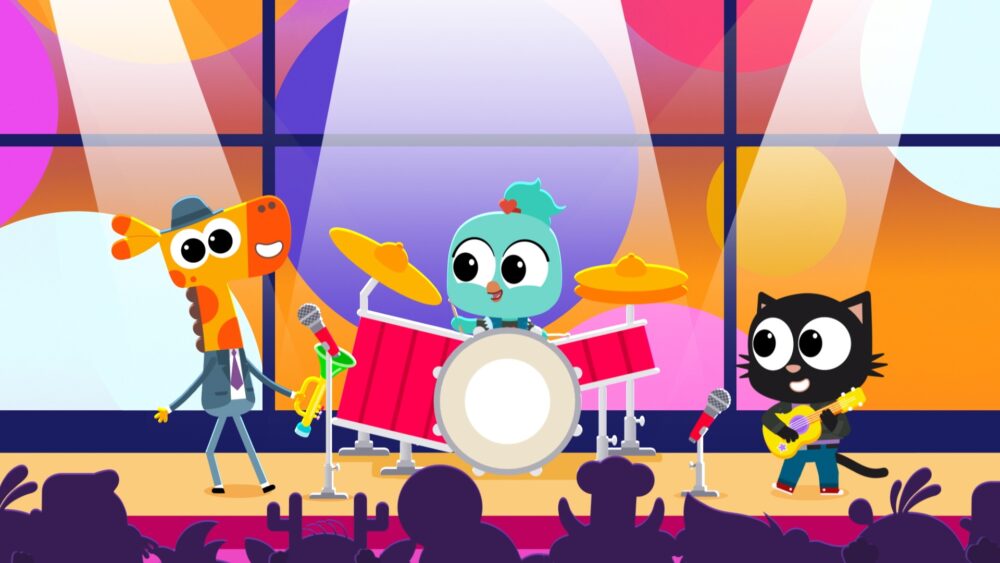 A hard-hitting film featuring the voices of some of Hollywood’s hottest stars picked up the award for Best Factual. Save Ralph, an animated short film warning about the cruelty of testing on animals, produced for the Humane Society International, was written and directed by Spencer Susser and featured the voices of Taika Waititi, Ricky Gervais, Zac Efron and Oliver Munn. Meanwhile, the Social Good category was won by Typically, a film aiming to remove the taboo surrounding periods, produced for period poverty charity Bloody Good Period and directed by Anna Ginsburg and Caitlin McCarthy.

In two of the new categories for 2022, the Best Immersive Animation award was picked up by Grant Berry and Dane Winn’s The Beast, while the Wildcard category was won by Osbert Parker’s Timeline. Continuing to challenge the status quo, the Cutting-Edge award was won by Jamie Jay Johnson and Asa Movshovitz’s E4 series about a role-playing fantasy game, Dead Pixels. And this year’s Design Award was won by Jingle Jangle: A Christmas Journey, a Netflix Original directed by Ian Spendloff, with VFX by Lucy Hare. 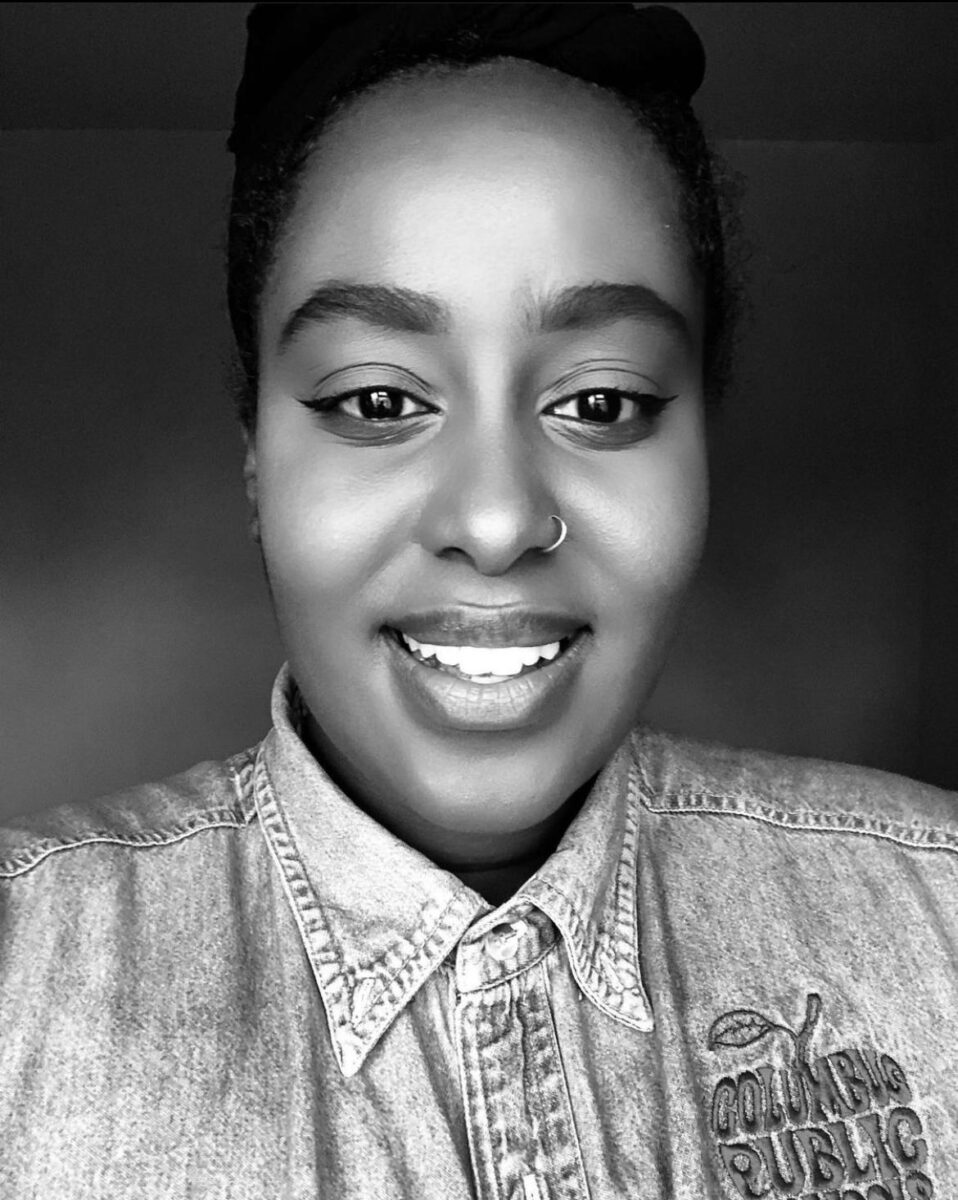 Introduced in 2020, The Lamb Award bridges the gap between current categories which recognise student achievements and general best-in-class awards, and is open to any young professionals working in the animation and VFX industry. The winner of the 2022 Lamb Award is Production Coordinator Hodan Abdi, who was nominated by Illuminated Films.

Three awards on the night were decided by members of the public, voting for their favorites in a special online poll. The winners of these audience awards were: Tony Comley’s “Time to Recover” for Best Music Video, Uri Lotan’s Black Slide for Best Short Film and Sky Kids’ hit children’s series The Brilliant World of Tom Gates for the Children’s Choice Award.

The awards themselves (the BAAs) are unique artworks, featuring sheep, created especially for the occasion by a range of leading international and U.K. animation artists — a measure of the worldwide respect felt for British animation. This year’s awards include designs by author/illustrators Liz Pichon and Rachel Bright and legendary film-maker Terry Gilliam. 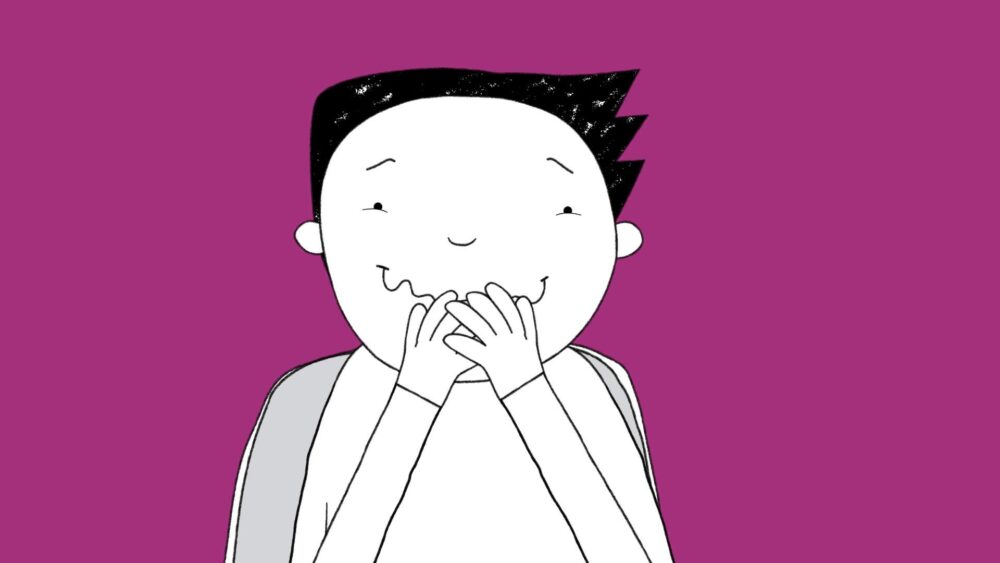 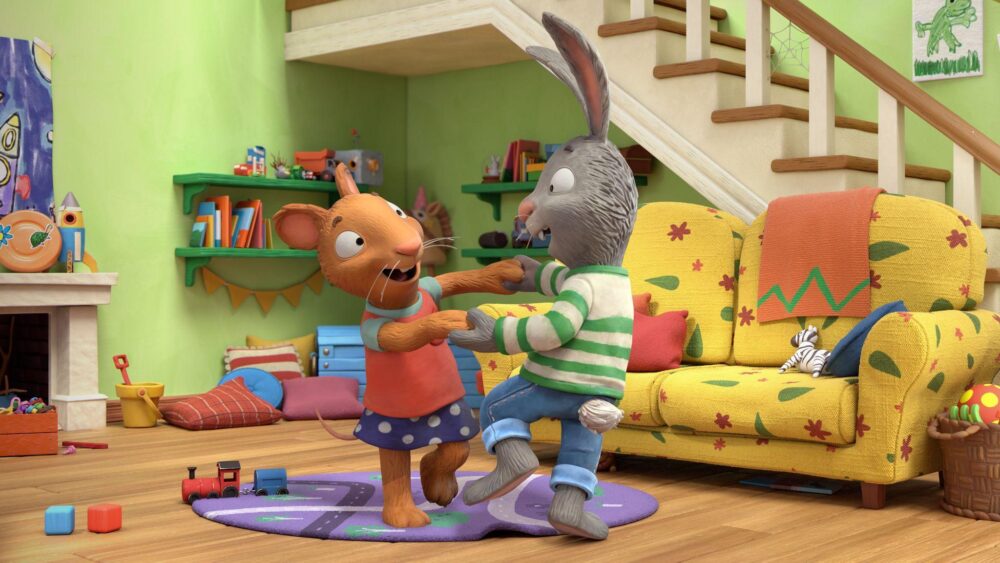 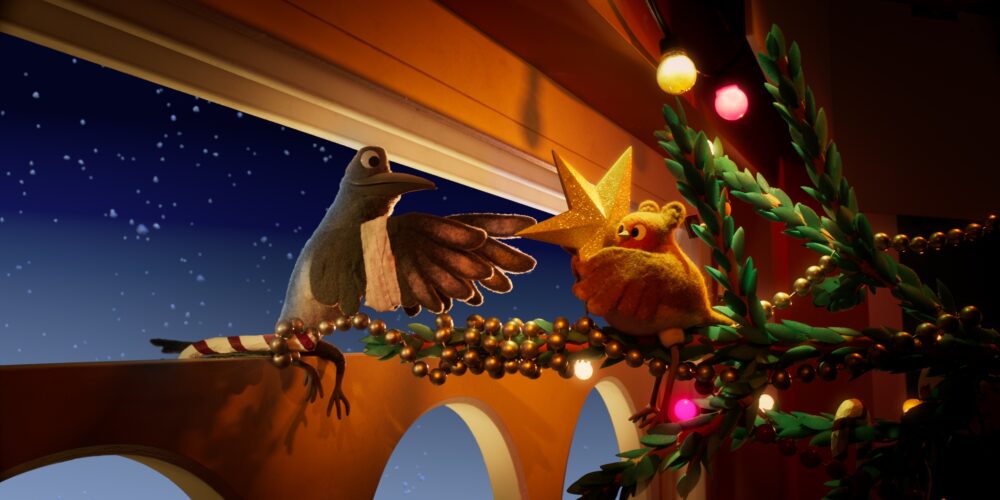 Best Use of Sound 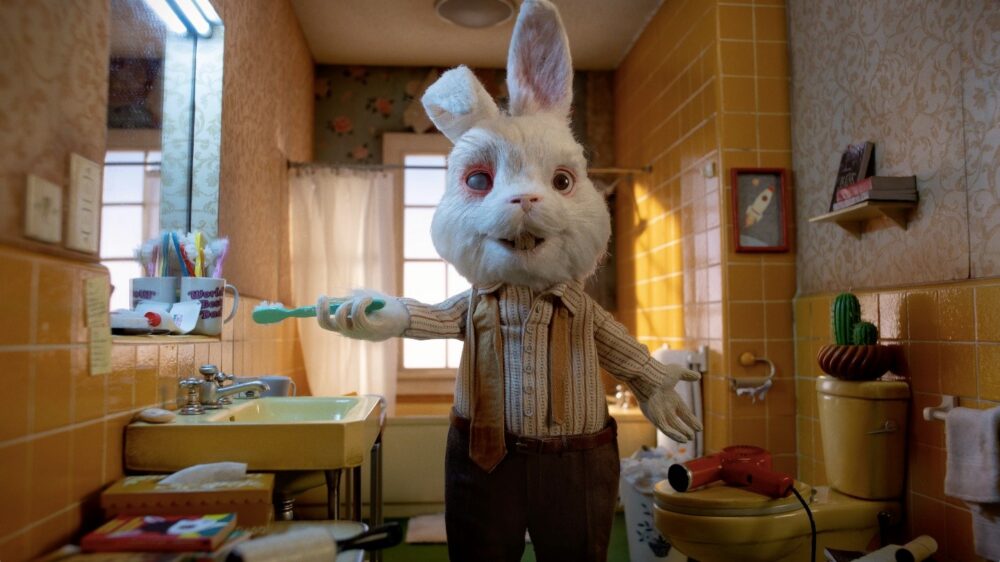 Wildcard (Awarded to animations of any duration deemed ‘extraordinary’) 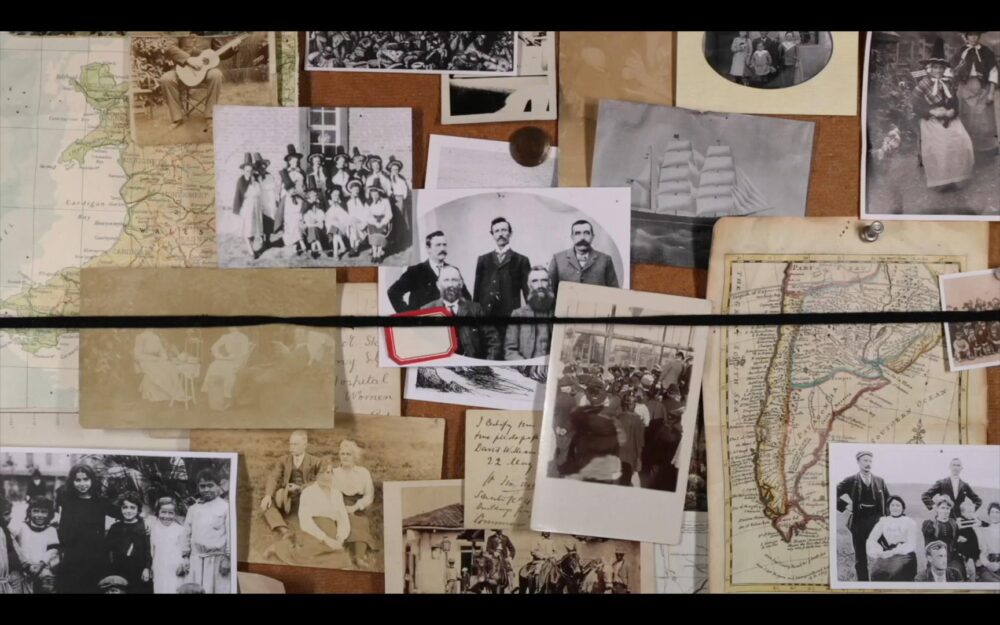